My Quest for the Big Five

by Rebecca Francis
in Bowhunting Posts
0 0
A A
4 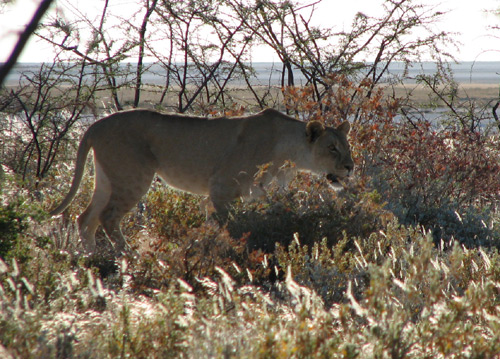 There is a reason why the African big five have appropriately earned this title. The elephant, lion, cape buffalo, leopard and rhino are among the most dangerous and difficult animals for an experienced hunter to attain. It is an enormous and life threatening feat for a hunter armed with a .500 nitro loaded with 570 grain bullets to face one of these animals that are genetically engineered to attack and kill anything that looks like a threat. However, this already risky situation increases exponentially when the weapon of choice becomes a bow and arrow.

There are several very courageous men that have fulfilled the quest of taking the big five with a bow. However there is only one woman ever recorded that has not only been brave enough to face down these five animals armed only with a bow, but also physically capable to derive the strength it takes to accomplish this colossal feat. Joella Bates is perhaps the most accomplished female bowhunter alive and is the only woman to ever join the ranks of this elite group of hunters. With that said, Teressa Groenewald-Hagerman is also a woman who must recognized as she was the first woman ever to harvest an elephant with a bow. That alone is an achievement that cannot be surpassed.

I have been hunting for over 20 years and throughout that time I have experienced some of my most exciting, enduring, terrifying, challenging and personally reflective moments. For me, each hunt is a new adventure that I eagerly anticipate and cherish. The thought of taking the African big five has always been on my mind, but only as a ‘something I would love to do’ thought. Every time I discussed it, the idea was quickly shot down as an impossible and unattainable fantasy. I accepted that for many years. 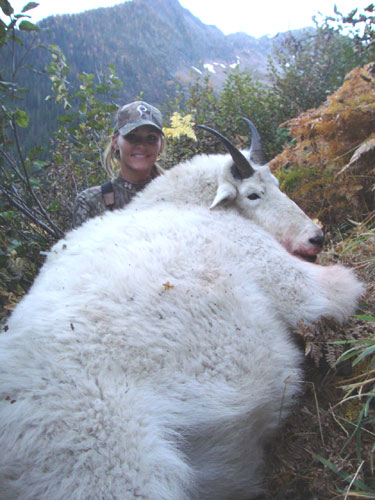 Since then, my experience in bowhunting has grown to include taking two Alaskan brown bears, two black bears, several African plains game, bighorn sheep, mule deer, elk, moose and turkey. That said, the thought of taking the big five with a bow has continued to cultivate in the back of my mind. The more I voiced it, the more I believed I could do it. I began investigating what it would take to accomplish this task, but was discouraged by nearly everyone I spoke with. I continually jumped back and forth, sometimes viewing this goal as an aspiration I can fulfill, other times seeing it as nothing more than an exciting fairytale. Then I got serious.

Reality set in when I booked my flight to Zimbabwe for leopard and lion. All my bowhunting experiences thus far have helped prepare me for this quest, to a point. I still have so much to learn and so much to prepare. I truly believe in taking an animal ethically and have strived all my life to live this way. This African hunt is no exception. After all my strength training, kinetic energy testing and preparation, if everything is not perfect, I will not take the shot.

To follow in Joella Bates footsteps will be a humbling attempt at best. As with all my experiences in life, I can not predict the end of this story and I won’t know the outcome for a while. But I do know that I am about to embark on a journey that will lead me down a road of discovery, adventure and perseverance. I will face many up’s and down’s. I know will experience heartache, discouragement, exhilaration and fulfillment. But in the end, no matter the outcome, I will have lived my dream.

More About Rebecca:
Rebecca Francis won the Extreme Huntress Contest in 2010 and is the Co-host of Eye Of The Hunter on Versus. An accomplished hunter she has successfully taken two Alaskan brown bears, an African lion, many plains game, dall sheep, bighorn sheep, moose, black bear, antelope, New Zealand red stag, and many trophy mule deer and elk. Bowhunting.net will be following her Quest for the Big ‘5’.