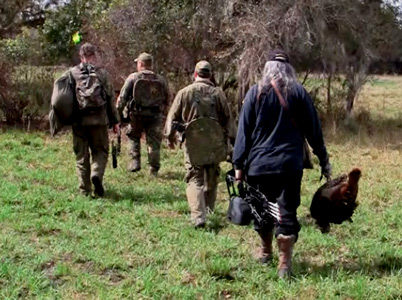 We heard a few distant gobbles as daylight eased into our Florida oak and palmetto hammock. Shane Hendershot gave the turkeys time to fly down and start moving around before he called. Our first visitor was a hen. It walked by us and stopped and watched my taxidermy jake decoy and C.J.’s moving, feeding hen decoy. 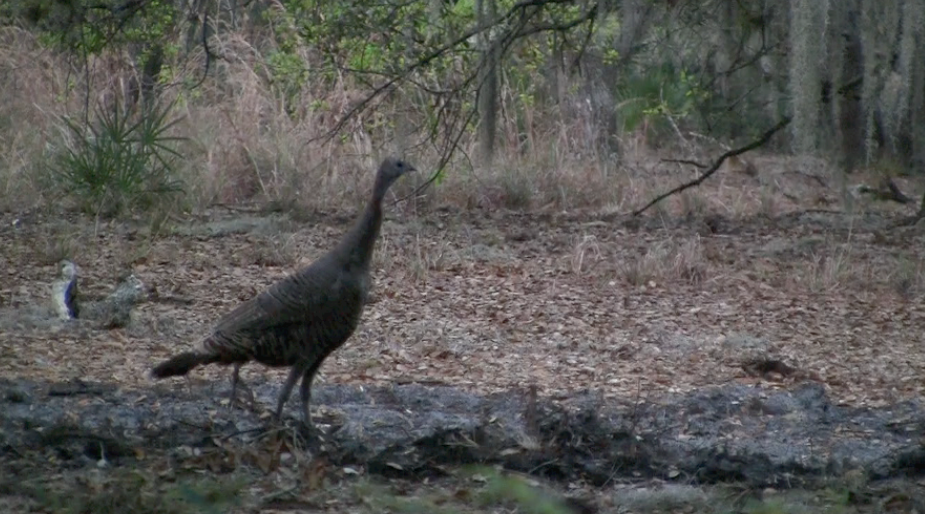 Gobbles sounded from an area 300 yards away where, David explained, there was a Levey that gobblers use as a strut zone.  As we listened to the strutting gobblers a wild hog walked through the woods in front of us. 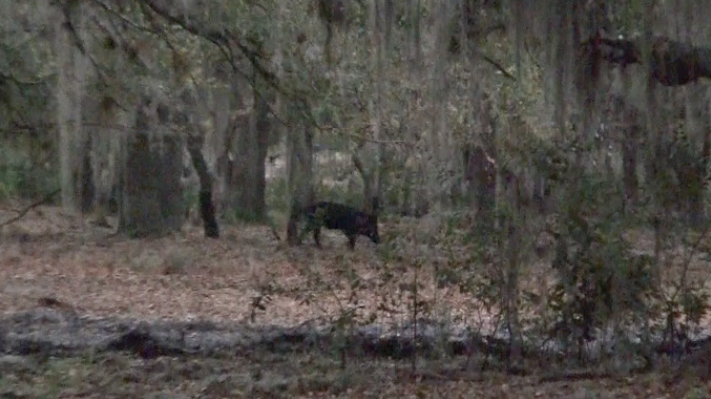 Soon we saw turkey shapes walking in the woods. Shane called at them and they circled around us on the opposite side of the huge clump of palmettos directly behind our blinds. We picked up glimpses of 3 strutting gobblers traveling with several hens. 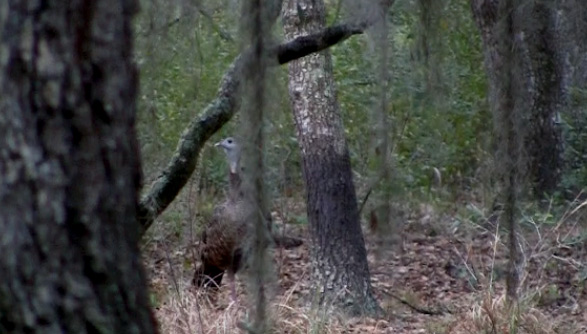 Shane switched from calling to the gobblers to calling to the hens to aggravate them. And so it sounded like multiple hens were where we were Shane used two calls at the same time, an Zink aluminum friction call and one of the calls he builds for Zink, the 3 reed, bat wing cut, mouth call named the ‘Wicked Sister.”

There was plenty of interaction between the real and unreal hens. Shane was awesome, very realistic. However, this was not the real hens morning to leave their gobblers.

At 10:00 we pulled down the blinds and left for another of David’s areas.

David eased his Suburban off the farm road and we got out and we got out gear together. We walked 60 yards when we bumped longbeard gobbler up ahead.

Then we walked half a mile to where David wanted to go.

David signaled when we where where he wanted us to be. I wondered how the “Wicked Sister” would do here. I was gonna find out, and it was gonna be wicked.

Wicked Sister Does It