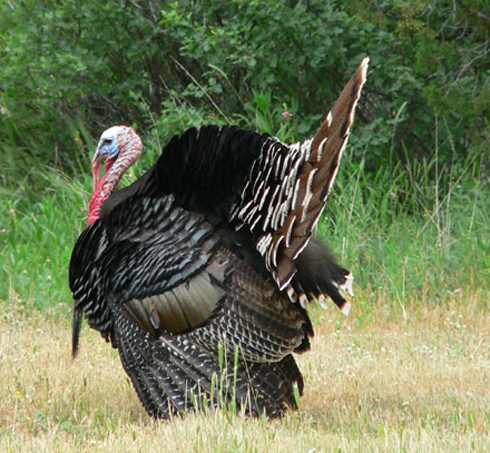 We Texans are fortunate to live in a state where the turkey population is well dispersed from the pine and hardwood timberlands in the eastern portion of the state to the ruggedly beautiful Caprock country of the Panhandle. I’ve been chasing longbeards here in the Lone Star State for over thirty years now and can truly state that every hunt has been a great adventure and no two have unfolded exactly the same.

Last year I called a boss gobbler to the banks of the Brazos River up in Palo Pinto County, he simply would not fly across; he was gobbling his head off just behind a big pile of driftwood. I went downriver, around a bend, crossed the river and put the sneak on him.

I also hunted the eastern birds in east Texas and then traveled out to the Panhandle and enjoyed hunting birds that, before I arrived, likely had never heard a call. Calling up a wary Eastern bird on a pine covered hillside in East Texas is a far different endeavor than tricking a Rio in the Edwards Plateau. Both hunts are exciting and, because of the vastly different terrain, each presents challenges unique to the region.

Last year’s hatch was less than optimal across much of the state. The one exception is eastern Texas. Spring and early summer rains came at just the right time for a great hatch. There are pockets in northeast Texas where eastern birds are flourishing, in other areas, they numbers have been on the decline. A little over two decades ago, the Eastern bird was re-introduced to east Texas and overall the program has been successful.

Let’s take a look at the hunting opportunities here in Texas. Hopefully my experiences throughout the past three decades will help you decide where you might want to go prospecting for Ole’ Longbeard this spring!

THE EDWARDS PLATEAU – This huge region is home to one of the largest populations of Rio Grande turkeys in the entire country. I’ve often been asked by novice turkey hunters where to go in order to experience large numbers of birds. My answer is, “The western edge of the Edwards Plateau,” more specifically, counties within a two-hour drive of San Angelo. For many years, I’ve hunted a ranch in Schleicher County and it’s very common to see two to three HUNDRED birds coming to roost trees along a draw late in the afternoon. I once took a buddy with me on a spring turkey hunt here and we both took nice gobblers during the morning hunt. I told him to leave his shotgun in the truck during late afternoon and follow me; he was going to see something he had probably never seen before. We eased into a ground blind on the edge of the draw with a video camera and waited to see the birds heading to roost. Later that evening, we reviewed the video and estimated 250 birds had walked with view of our blind, there were probably that many more we didn’t see.

Don’t think for a moment that all the good turkey hunting in Texas takes place in the Hill Country. But if it’s sheer numbers of birds you wish to experience, book yourself a two-day hunt on a good ranch in the Texas Hill Country in early to mid April, when the breeding season is usually at its peak.

CROSSTIMBERS AND PRAIRIES REGION – This huge areas encompasses approximately 26,000 square miles and is bounded on the east by Denton County and on the west by Howard, Glasscock and Reagan counties. The terrain varies here from blackland prairie to areas covered with dense mesquite and oak. The region is big and obviously there are areas that hold large numbers of birds and others where turkey sightings are rare. Counties such as Coleman and parts of Brown, as well as several others, hold numbers of birds that rival the Edwards Plateau. The bigger ranches where turkeys are intensively managed can be especially good places to come prospecting for a boss gobbler. I’ve had some great hunts on ranches in Coleman and the western half of Brown County through the years. It’s important to do your homework when choosing a ranch. Find the right ranch where turkey numbers are high and you can be in for the hunt of a lifetime. Remember, it’s nice to see 200 birds a day, as can be the case in the Edwards Plateau, but all you really need is one long bearded gobbler to come strutting with shotgun or bow range!

TEXAS PANHANDLE – I LOVE hunting this region. Hunting pressure is light or non existent and in certain areas, the turkey population is high. Much of this country is relatively open and some of it, down around Memphis in Hall County, is highly agricultural. Big, wide draws are common here and each winter large numbers of turkeys roost in the larger trees along the creek banks, where they are sheltered from the elements. When breeding season comes, the birds disperse from the bottoms to nearby CRP fields and mesquite flats to nest. Locate a good ranch with one of these draws traversing the property and your scouting is 90 percent done! Just set up on the edge of the big timber along the drainage and catch birds coming up to the more open country.

BRAZOS COUNTRY – The big ranches, some as close as an hour northwest of Ft. Worth, provide excellent turkey hunting. The Brazos River in this region, below Possum Kingdom lake, is really more of a stream that can we waded in most places, but the constant and dependable water source through the hot summers helps to insure good turkey numbers. If you’re flying in to Texas to hunt turkeys, the DFW Airport is only an hour away. Ranches around Graford, Graham, Mineral Wells and Breckenridge provide good hunting.

EASTERN BIRDS – While there are many states with much higher populations of Eastern Turkeys, Texas does now have a huntable population in many of the eastern counties, several of the WMA’s in southeast Texas offer hunting for a nominal fee and there are scattered concentration of birds on several of the national forests. My choice for the traveling hunter coming to Texas to hunt eastern turkey would be along the Red River in Red River or Lamar counties, where numbers are highest.

If you choose Texas for a spring turkey hunt, I highly recommend bringing your bow or at least some rifled slugs for your shotgun and do a little hog hunting, spend your morning and afternoons chasing our plentiful longbeards, then setting into a ‘hog blind’ around a corn feeder during the last hour or so of daylight! With any luck at all, you’ll return home with the making of plenty of BBQ pork dinners and some fresh turkey breast for the smoker!

A COUPLE OF LUKE’S FAVORITE RANCHES FOR SPRING TURKEY HUNTS: