I am a firm believer that the whitetail war is won now! Post-season scouting is a free look into a mature whitetail’s bedroom, without tipping them off that they are being hunted. I force myself to put down the turkey gear for a day, print an areal photo of my hunting area, and then take notes on my scouting walks. Here’s why:

I define the post-season as the time after hunting season ends until the crops begin to emerge. During this time mid-west whitetails are in winter survival mode and generally concerned with food and cover. 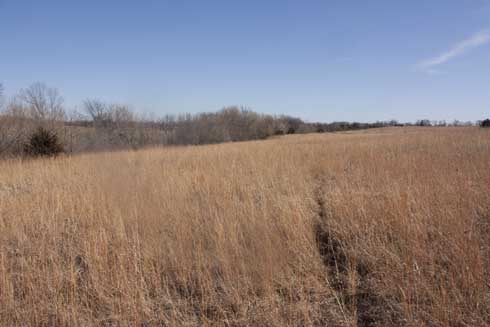 In the area I hunt, the deer make a small “migration” to better cover along the river breaks. The bottom line is that a 5-year-old buck won’t know that you are literally peaking into his bedroom if you scout now. Wait until August he’ll probably be much more inclined to notice the fresh cut trees and human odor that was left in his backyard. 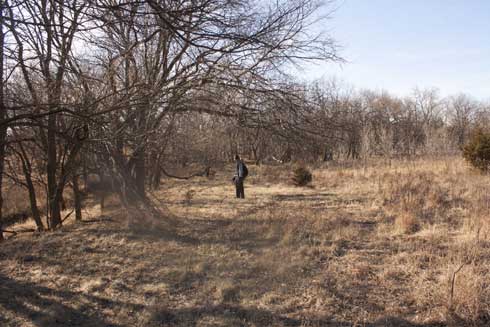 When scouting post-season look the area over carefully, you’ve got time! I look for major scrape areas with good trails merging. A major funnel between good bedding cover is pretty hard to beat during the rut. With the crops harvested and leaves fallen you’ll know where the thickest cover is located. Typical Midwest crop rotation is corn to beans. Standing corn can make or break the daytime movements of a mature buck on certain spots, plan accordingly.

I like to find the biggest concentration of huge scrapes/rubs and set up an undetected access route to multiple stands. Yes the deer that made the sign could be dead, but another mature buck will fill the void if the cover and access to receptive doe’s remains unchanged in November. Revisited scrapes sites in good cover are dynamite the first week in November, plan to sit at least until 11 am. Anything can happen that time of year. Check out this trail cam photo. Notice body size and antler mass, that’s a mature buck! – also note the date and time. 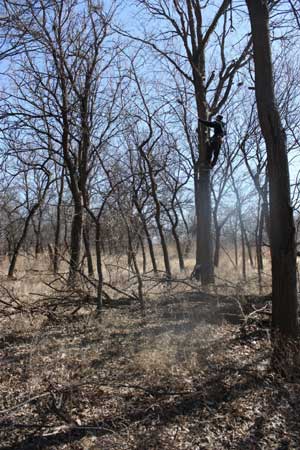 The post-season is the best time to prepare tree stands. No mosquitoes, cooler temps, and no concern with scent. Plus the deer have time to adjust to your work. You can even direct the deer past your stand with well-placed brush piles. 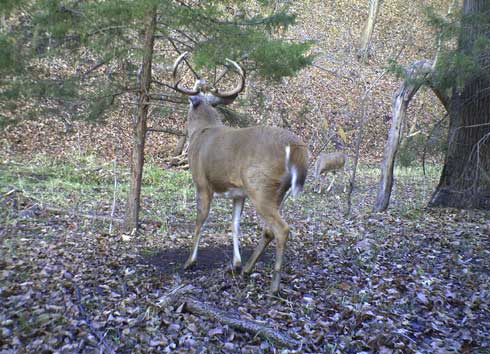 Get out there and pick up a new spot to hunt and scout it now. This is when the war is won.

Fred Gets His Osceola Too