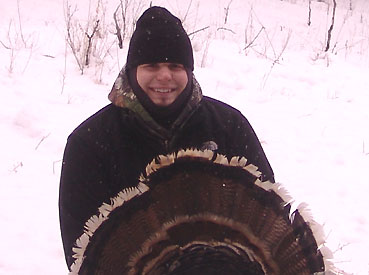 Collin and I returned to the hill for the morning hunt and moved the ground blind down on a flat near a gate that is currently open. It was plenty frosty out there in the turkey woods this morning. 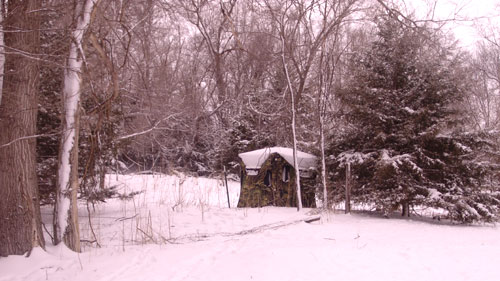 When the wild turkeys come off the roost and leave out via the hill there can be great action. This was not one of those days. The first wild turkey we saw came off the hill top and meandered around through the trees. Then it hopped up on a limb and took a long break. 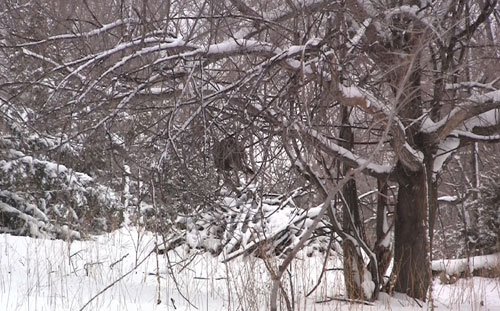 Later we saw a young gobbler walking in the same section of trees. He turned like he was going away from us, and then he stopped briefly and changed direction. The right direction too, toward the gate… and us. 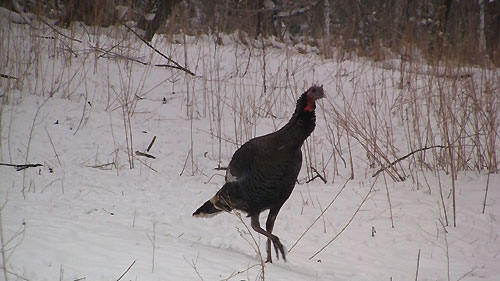 As he strolled leisurely along Collin got in position to take a shot.  I locked on him on  with the video camera and followed him as he came into bow range. 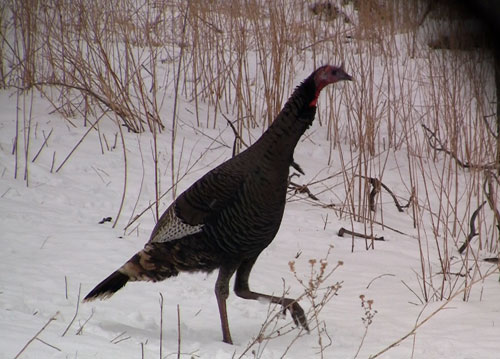 Collin drew and took his 15 yard shot. An excellent hit. It knocked the the gobbler down but it bounced back up for a second and wing flapped on the ground toward the nearby gate. 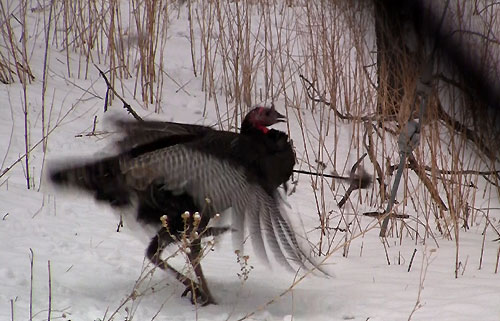 He wing flapped through the gate and gave out on the other side. Collin had just finished off his first ever Nebraska wild turkey gobbler. 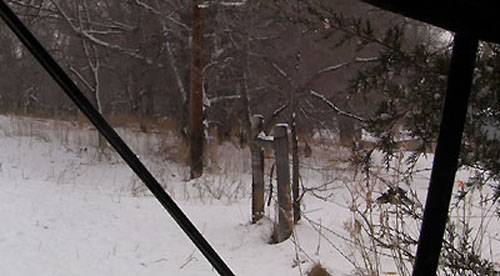 A couple of minutes later Collin got out of the blind and went to make the recovery. 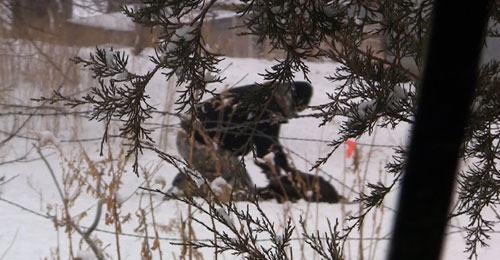 Here he is bringing the gobbler, an Merriam’s back to the blind. When he brought it back over, we took a closer look and found out that this bird had 4 beards. One about 4 inches long and the others were smaller. 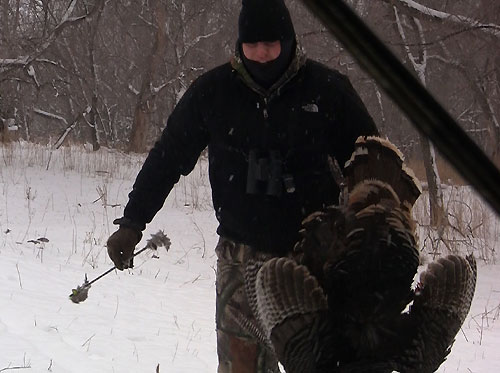 Here is Collin Cottrell with his 2nd ever wild turkey, taken on a very cold day in Nebraska. Congratulations Collin. 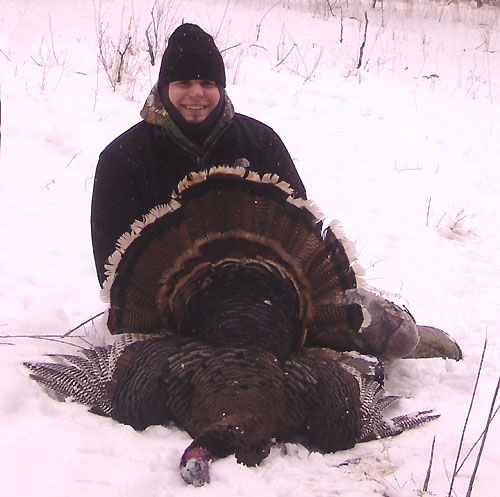 WannaBoutdoors Bowstix – A convenient way to keep your bow ready to shoot in a ground blind. It screws it into the stabilizer fitting and its bi-pod legs support the bow upright in shooting position.

On The Bow
Gene Curry installed a string loop and a Whisper-Peep on the Winners Choice bowstrings. His bow quiver is the TightSpot 5 arrow model. It is quiet and can easily be removed from the bow. The arrow rest is the TrophyTaker FC fall away rest. This rest is built for speed bows. The bow sight is the Montana Black Gold FlashPoint Redzone HD. The pins are very bright.  Collin also had Nikon Monarch Binoculars.