At Bat for Turkey 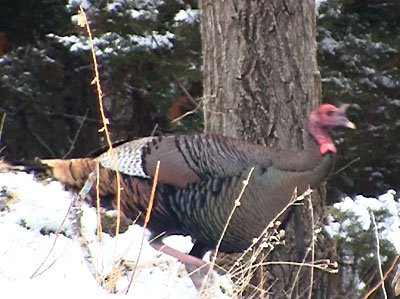 My bow set down quickly and easily, as well as upright and ready to shoot, because of the Bowstix support on the bow from WannaBOutdoors. It’s a real plus in a ground blind, where you ordinarily do not have a way to keep your bow ready for action.

As Collin got ready I turned on the video camera, pointed it at the cedar break  and found the approaching wild turkeys in the LCD view screen.

Two gobblers walked out of the cedar break by the same forked branch that mine had passed by about 40 yards away, uphill. 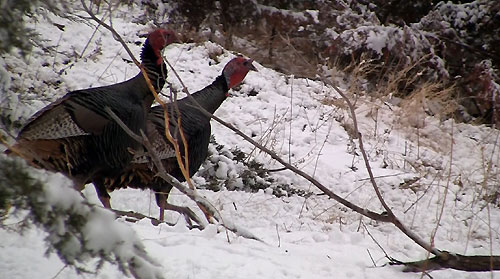 I followed the gobblers and off to the side I could see Collin draw. 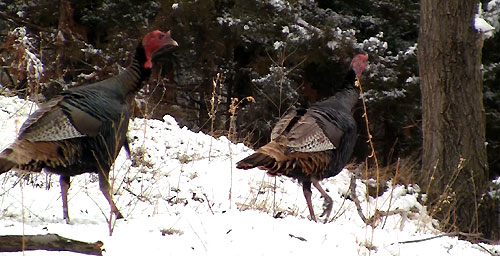 Collin released his arrow. And missed… his shot was low.

We regrouped and more wild turkeys got in our mix. They came out of the cedar break higher up the hill than the others had. 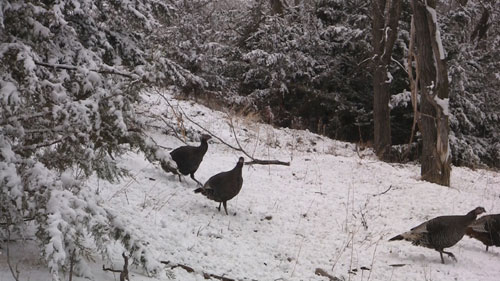 Collin talked to the video camera briefly to bring everybody up to date.

Twenty minutes later we noticed turkeys in the cedar break again. They worked their way to the edge and a hen followed by a gobbler stepped out by that same forked branch.

They hesitated and time clicked away. Then another gobbler came out of the cedars on the opposite side of the narrow patch of snow. 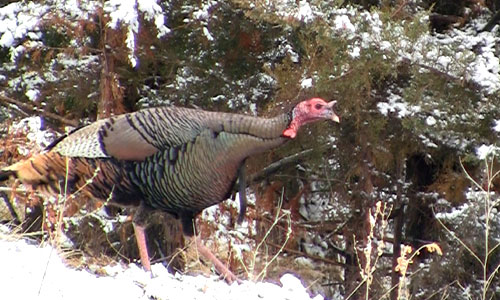 Collin drew and I went to the new gobbler. I framed the gobbler up. Collin took his shot. 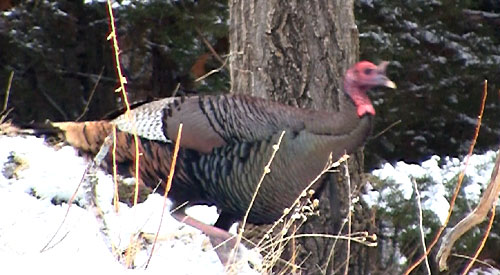 And missed. We waited to see if more gobblers were showing up in our little patch of turkey woods. They didn’t and before long the sounds of yelps and gobbler rang out from the fields down below our position. Collin eased out of the blind and recovered the arrows.

We paused on our way back to the ranch house and watched the gobblers and hens cross the fields on their way to the turkey roost areas. 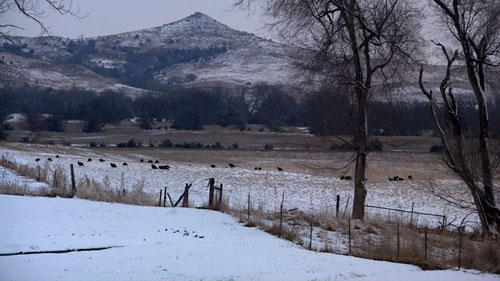 After a delicious dinner I turned in early to get an extra hours sleep. I wanted to be bright eyed and bushy tailed in the morning.