Draw Hunts in the West 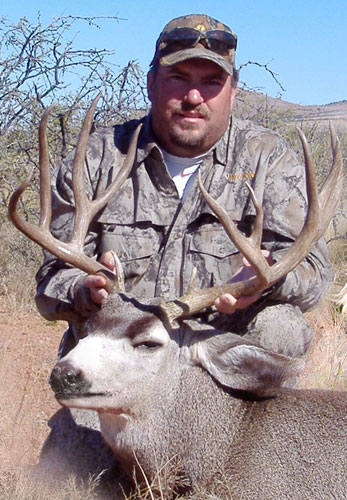 We are blessed to live in such a great country! Every aspect of our daily lives offers us a wide range of diverse opportunities and the freedom to choose how we want to do most things. The heritage of hunting is no different than any other aspect of our American lives. We have the opportunity to hunt a wide range of game animals from coast to coast. For a few, this means paying for private land guided hunts. For the majority of us, we depend on the “chance” we have each year to draw tags in states that offer a public draw.

The start of each New Year brings the start of public license application process across the west. Each of us starts with the same chance to draw trophy hunt units, limited tags for species that we can’t hunt anywhere else in the United States, or once in a lifetime hunts that dreams are made of. Our dilemma comes in the fact that our true dream hunt is probably the dream hunt of tens of thousands of others as well.

For those once in a lifetime and limited tag hunts, we have no choice but to apply against the masses and pray our application is one of the ones drawn. The Ibex and Oryx hunts here in New Mexico are prime examples of those types of hunts. The trophy Ibex hunt has 15 tags available each year, with up to 8000 people applying for those tags. You’re only other option to hunt them free ranging is to hitch a ride to Iran and chase them there. For most, that is no option at all, so we apply over and over and over each year praying for the day we check the status of our application and it says “SUCCESSFUL”!

For the traditional hunts though, we can do a few things to increase our draw success. Most states have trophy hunting units that have public draw tags. Those tags are highly sought and the draw odds in those units are normally very low. The draw of “trophy animals” in higher concentration in those units will many times keep us from applying for hunts that might have a lot higher success rates. Over many years I have learned a few things about working within the draw hunt format that have increased my success in drawing and in harvesting quality animals.

There are a number of factors we need to look at when choosing which hunts and which hunt units to apply for that will increase our chances of success in the draws and give us more opportunities to hunt each year. First, each state has its own set of rules and we have to look at how those affect our odds. There are a couple of rules that I always consider first.

1). Does the state in which you are applying grant “bonus” or “preference” points? Some states, like Arizona, Colorado and others give unsuccessful applicants bonus or preference points. You have to be careful and understand how those work in each state. For example, in Arizona if you have 3 bonus points and apply for the same hunt a fourth year in a row, it does not mean that you are elevated higher on the list. It simply means that your application number will be placed into the draw pool 4 times, giving you more chances at drawing a tag. Colorado on the other hand, is the exact opposite. As a hunter accumulates preference points they actually move up the draw list. A person with 4 preference points will draw before a person with 3 preference points. You can contact the wildlife department in each state and ask them how their system works. While you have them on the phone, ask them how many “points” it normally takes to draw the unit you would like to hunt.

2). The second rule that we need to look at is draw quotas. What percentage of hunts in a state are available for residents and what are allocated for out of state hunters? We also need to look at the draw odds for each hunt. For example, if the Ibex hunt I mentioned here in New Mexico allowed for 15% of the tags to be drawn by out of state hunters, how would that impact our draw odds? Remember, I said that there annually are up to 8000 people that apply for those tags? What if 4000 of those people each year were out of state hunters? That would equate to 4000 people applying for only 2 tags (1:2000), a significantly different set of odds for 8000 applying for 15 (1:533), or 4000 resident hunters applying for 13 tags (1:308). Each state has different “quotas” for the number of tags that are available for out of state hunters. The quotas in each state may also be different for different species. Quotas need to be investigated before we apply for hunts so we understand our true odds of drawing a particular hunt.

The traditional hunts are obviously different. Populations of deer and elk in most western states equate to draw odds that are far better than the ones mentioned above. We have a legitimate chance of drawing one of these hunts each year. Of course, each state has it’s “trophy” areas and high demand hunts that we all would love to draw (the Arizona Strip or the Gila Wilderness, for example). Obviously, the higher the “trophy” quality the hunt is, the harder it is going to be to draw, as more people will apply for that unit or area than for other areas. However, with a little time and research, we can increase our odds of drawing a tag while still maintaining a good chance at a trophy animal.

Networking can give you a lot of insight into which units are best and where you might have the highest success within a state that you do not live in. If I don’t know anyone to talk to in a particular state, the first thing I always look at is which unit had the highest number of applicants the previous year. Residents will always apply for the highest quality units in the highest numbers. Once I determine which areas are the high demand hunts, I immediately start looking at the areas or units that border them. Is there a unit with similar terrain? One or more units that closely mimic the food, water and space provided in the high demand unit? If so, that might just be the unit to apply for!

A rutting buck or bull has a significant range that may approach 40 miles. Hunting pressure will also cause animals to move. Elk are well known to move many miles overnight when pressured. Drawing a “lower quality” unit that borders a “high quality” unit may offer a number of advantages. First, the hunting pressure may be reduced in these units. A quick look at the number of tags issued in the unit will let us know for sure. If there is less hunting pressure in an adjacent unit, the animals will know that as well. Once the season opens, there is a good chance that they will migrate towards those areas of reduced pressure, and right into the unit you have drawn. Hunting the fringes of the unit, close to the border of the trophy unit can prove to be very productive.

Another advantage to applying for these “lower quality” units is draw odds. While you might be able to draw the trophy unit once every 10 years, you may be able to draw the border unit every other year, giving yourself a lot more chances to harvest that big bull or buck!

What about genetics in these border units? While that 400 inch bull or 200 inch buck may have been harvested in the “trophy” unit a year or two before, his genetics will not necessarily be limited to that geographic area. As a dominant buck or bull, he will produce a significant amount of offspring. An area will only carry so many healthy animals, so as these offspring come to maturity they will begin to move out or be pushed out of the area. Just like a drop hitting the water, the ripple moves out away from the center to areas holding sufficient food, water and space. This can make those border units a great opportunity!

Now it is time to decide. Do you apply for the trophy unit and stick with it year after year until you get the tag you want? In states like Colorado where preference points add up this might be the way to go as you have a good idea of when your “time” will come. Just remember if you miss one year of applying and do not remember to buy your preference point, you will have to start all over again. However, in states like New Mexico and Arizona for example, you might be better served to look at the factors mentioned above and work on drawing more tags to increase your chances of harvesting that trophy animal.

The choice is a matter of personal preference and circumstances. But don’t forget, the praying part always helps!

Is Some Wolf Management Better Than None