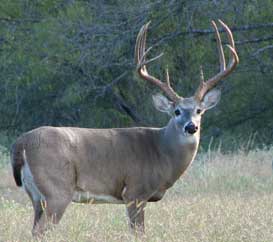 If you want bucks like this one get the ATSKO Solution. 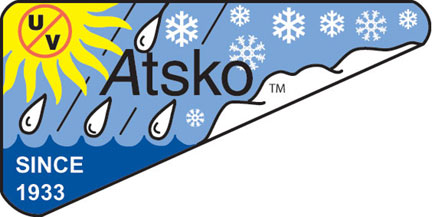 In response to hunter demand, ATSKO has packaged together four (4) of the most effective strategies to confront the eyes and nose of a whitetail. The new 4-Pack is the first combination kit to address both deer eyesight and the sense of smell. The kit includes U-V-Killer to kill the UV glow that is visible to the eyes of a whitetail plus Sport-Wash laundry plus Sport-Wash Hair and Body soap to eliminate odors on clothes and body odor plus their proprietary N-O-Dor Oxidizer spray that kills offensive human bacteria on contact and eliminates odors with the power of chemisty-oxydation.

Atsko national sales manager, Kurt Baumgartner, an avid Minnesota whitetailer said, ” The demand from shop owners and big retailers prompted us to package all four products together so hunters could enjoy a one stop solution to sight and scent issues. Bowhunters seem to be more focused on defeating a whitetail’s senses and they were the group that had the loudest voice. We’re happy to meet their needs by packaging the products as a kit.”

The biggest issue may have been the U-V-Killer spray that eliminates ultra violet glow from camo. It seems that after the research, conducted by the Univ. of Georgia, confirmed that deer see into the ultra violet spectrum, hunters across America decided that the issue is real and needed a solution.

Atsko president and bowhunter, Kurt Von Besser stated that, “Over a decade of independent research has shown that deer hunters are being seen more frequently by whitetails because of the ultraviolet glow emitted from UV hot camo.

The UV-brighteners can either be added by washing camo in detergent that contains UV-Brighteners or some camo is coming right out of Asia with the UV-dyes already in the camo.” Von Besser continued, “Blaze orange is loaded with UV brighteners, that’s one reason why it is so bright to our eyes. Hunters need to treat all blaze orange with U-V-Killer or risk getting spotted.”

Atsko Science and research director, Michael Jordan stated, “Our U-V-Killer spray is the only solution to UV hot clothing. One application not only deadens the blue glow but lasts the life of the garment is you only wash it in Sport-Wash after treating.” University testing has shown that only Sport-Wash laundry detergent rinses completely out of camo leaving no smelly residue. Other detergents seem to cake or candle up on the fibers and add a scent source that deer can smell.

Biologist and Atsko consultant Wade Nolan noted, “Atsko’s Sport-Wash series of detergent and body wash soaps may be the only truly engineered soaps used in our industry. They are designed with a straight carbon chain which allows them to rinse off of fibers or your body while taking with them foreign and human odors.” Nolan added, “the N-O-Dor spray was another example of science in a bottle, as it uses simple chemistry to kill and eliminate odors that deer recognize as human.”

To see an example of the system at work: Click Here
Atsko’s new Buck System is available at major outdoor retailers and quality sport shops nationwide. Look for the white and blaze orange bottles and on the web at: ATSKO