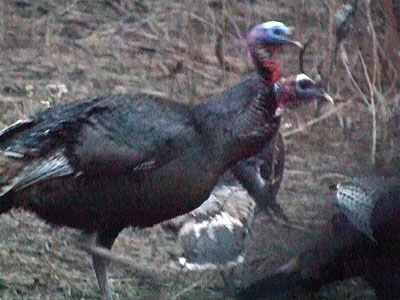 Rain. I wanted to hunt at the river but the drive would be too muddy. So we returned to the hill to the east.

Soon gobbles and yelps rang out from the roost area to the north. Hunting this hill is always an unknown. If the wild turkeys leave the roost and travel this way it can be great. If they leave via one of the harvested corn fields  or through the gate at the top of the highest hill then the hill here could be a big goose egg, hunting wise.

Apparently the roosted gobblers and hens were restless this morning because they flew down at the first inkling of daylight. Next thing I knew some water logged wild turkeys walked by the blind.

A drenched gobbler followed them up the hill a short distance and then turned and hurried back down and cut off some hens that were coming into our view. 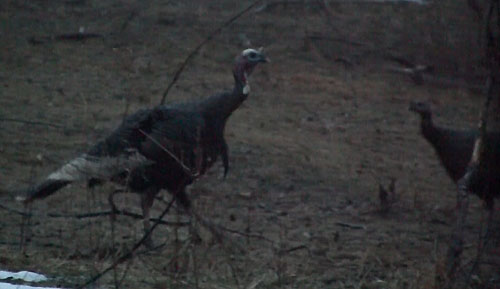 The gobbler got close enough for  an easy bow shot. Collin told me there was enough light to video. But because of the rain and overcast sky there wasn’t light enough inside the ground blind to see my pins clearly. 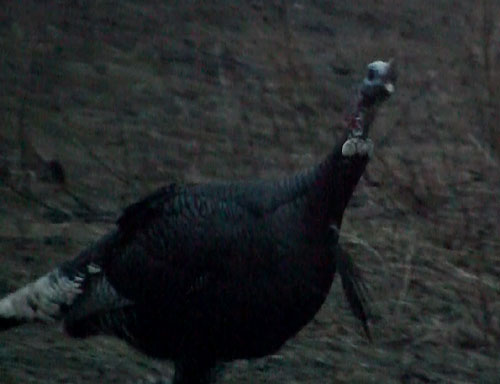 By the sound of it, more wild turkeys were coming.  The gobbler left our field of view as he went in their direction. And soon another small group of turkeys passed by us. And we could hear more.

Two gobblers were in this group. 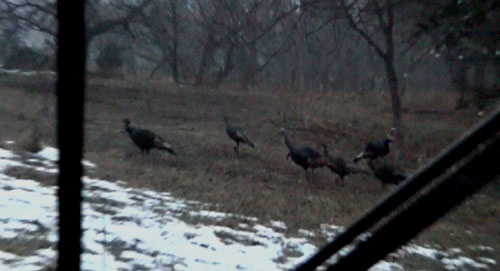 As the previous gobbler had done, these gobblers went up the hill a short ways, did a 180 and came back down the hill toward us. And there was more good news … I could see my pins now.. 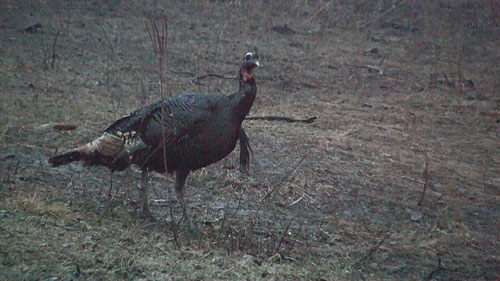 Some hens walked into our view from our right and the two gobblers went to them. They passed by plenty close enough for a nice 15 yard shot. But they walked side by side and I couldn’t shoot one without shooting both of them. The met the other group of turkeys. 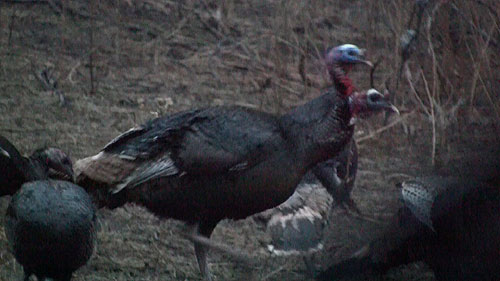 However, those turkeys were not interested in hanging with gobblers yet. So the gobblers kept on walking and passed through the nearby gate and went out of view. 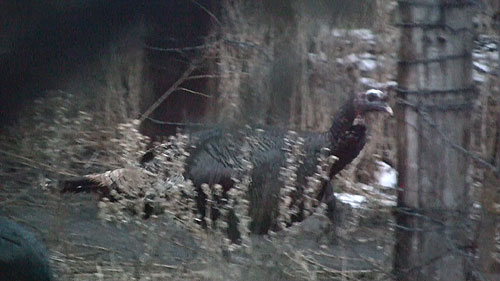 Another small turkey group came through the gate. A longbeard was with them at the lead. 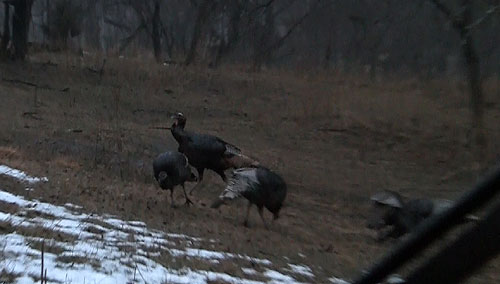 The gobbler was throughly water soaked. He was walking briskly and I didn’t have a decent shot opportunity. They went up the hill and on to other places. 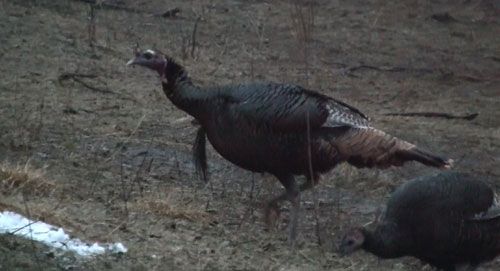 The turkey switch clicked off. We stopped seeing and hearing them.