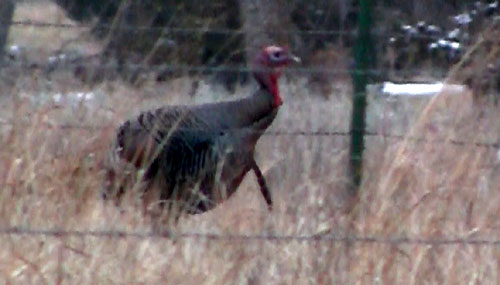 This morning we returned to the hill. The gobblers did not. So when we broke for lunch and Fred came in with his 3rd gobbler he suggested we hunt at his new spot. I know a good idea when I hear one and after lunch the landowner drove us out to it.

Our first visitor was a Nebraska doe. 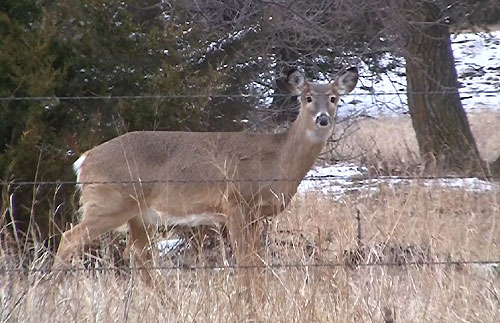 Nothing else came in our area for 3 hours. Finally we saw some distant wild turkeys and I called at them. They came a running. 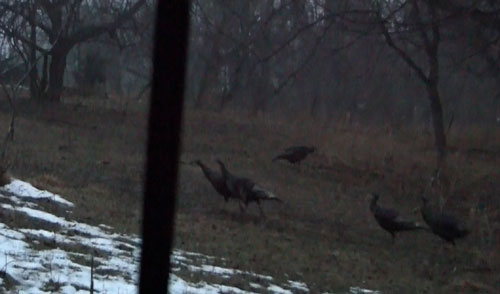 They were all jakes and since it was my turn to shoot this afternoon, and I wasn’t interested in a jake, they got a pass.

Earlier I had positioned my jake decoy under the overhanging branches of a cedar tree that was right next to the blind. The jakes saw it and approached it. 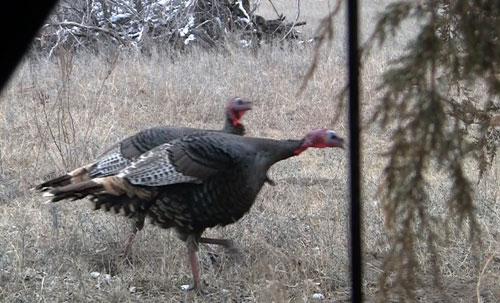 They went right  to it and looked it over. Two of them pecked my decoy roughly. 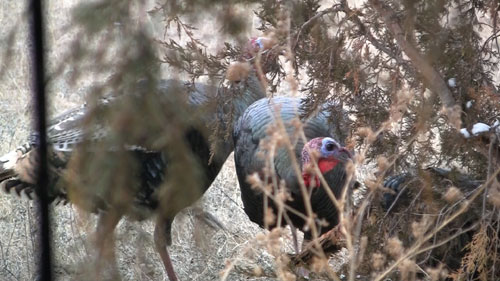 Quite a ways out in front of us a big group of mixed wild turkeys came into view from our left and even though I called politely to them they didn’t give it a thought and moved on into the valley ahead of us. 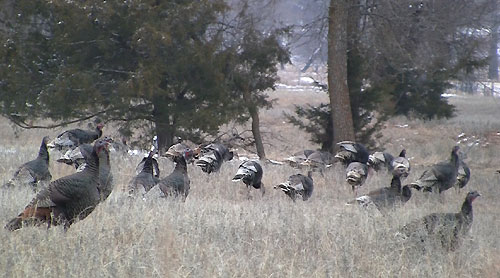 A fence line is to our left, separating the semi open area the blind was in from the woods across the fence. A group of mixed wild turkeys came under the fence and walked by us.

Apparently more than hens and jakes came along the fence because our next turkey was a nice gobbler. Actually in this picture he is closer than 20 yards, but that fence between us makes this a risky shot. So I didn’t shoot. 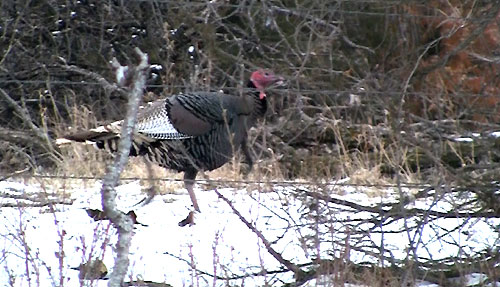 Other nicely bearded gobblers showed up too. Like these two that are 40yards out and just too far. They have two or three fields to cross before they get to their roost area. 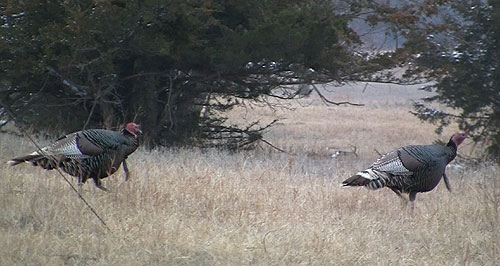 Three more gobblers came but they stayed in the trees across the fence. 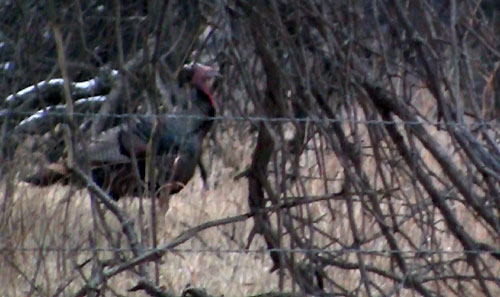 More turkey groups came through as it got later and later. It was very cool seeing all the wild turkeys we saw but we didn’t have any bow range longbeards this afternoon. 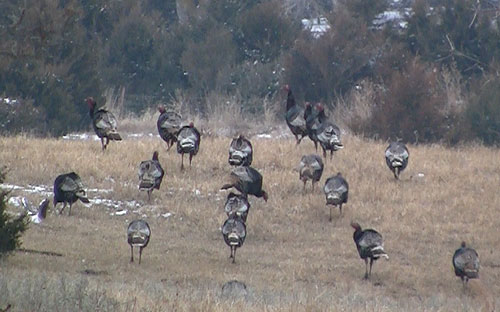 When our ride came we drove out on the trail by the river and from a hill top we got a pic of some roost trees. 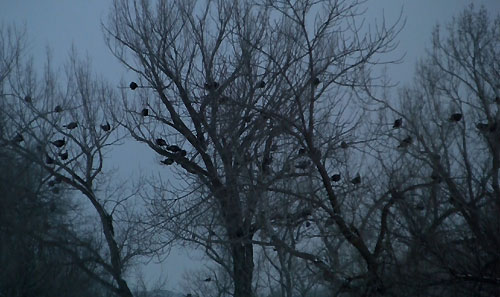 Tonight we had another great dinner and homemade apple pie for desert. Fred stayed up and visited and I turned in early. The new area looked like a good spot and I wanted to be wide awake for it tomorrow.