by Mark Rohlfing
in Bowhunting Posts
0 0
A A
2 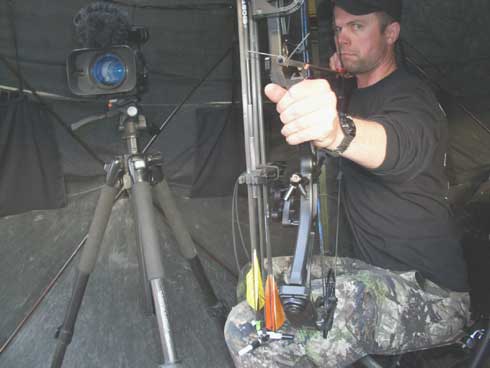 Self-filming a hunt is challenging. Archery turkey hunting is a great time to try and capture hunting action on video. It’s always nice to have a good camera man to film hunts, but sometimes you want to hunt but can’t find anyone to film you. I don’t let that stop me, film it your-self! Here’s what you’ll need and how to approach it. 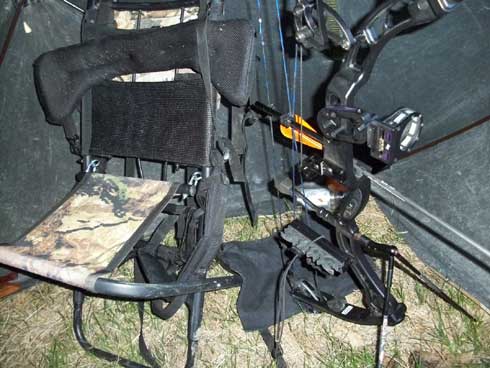 A portable camcorder (handy cam in HD) that can be easily carried is best. A good tripod is actually more important because you’re going to have to set the camera to capture the frame you expect the turkey to be in while you draw and shoot. A Rackpack, set of Bowstix, ground blind and quality decoy are also a must. I set a hen decoy at about 6-7 yards and hope the bird decides to mount the decoy. This is the best scenario for self-filmers, especially when taking head shots.

Since you won’t be able to pan or zoom if the bird moves while you are at full draw, I set the camera zoom a little wide so I am sure to get the shot on film. It is better to be wide and capture the shot, versus trying to zoom tight but only being able to see half of the bird.

Have fun with it and realize that if you are going for the self-filmed hunt you may have birds in easy range that you don’t harvest. As I write this, just yesterday I called in a nice gobbler, strutting and doing his thing about 6 yards from my blind. He didn’t mount the hen decoy, but was prancing around my Dave Smith jake. I was going for a good clip and couldn’t put it all together fast enough before a calf came and chased him off. Had I not been messing with the camera it would have been an easy shot. Maybe I’ll get him tonight! Have fun with it and if you can’t find a friend to film you, do it yourself! 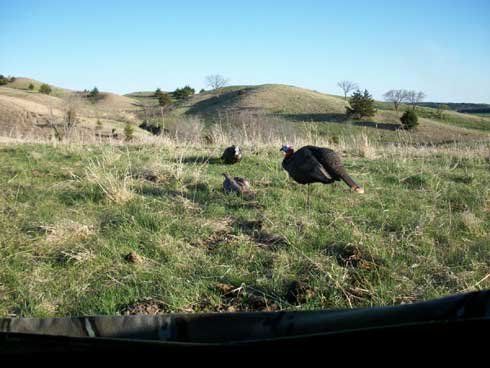