by Bob Humphrey
in Bowhunting Posts
0 0
A A
0 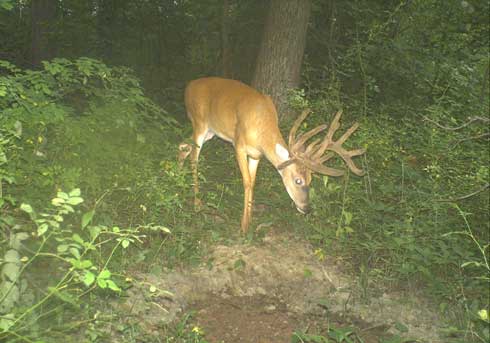 Right now is time for warm season perennial food plots, where the emphasis is on protein for body and antler growth. Muscles are made of protein, but antlers are made of minerals. Furthermore, minerals are also important for increasing body weight, milk production, reproductive potential and immune function.

There are two ways to get minerals into your deer. In the long way, plants take up minerals from the soil. Deer eat those plants and absorb minerals through digestion. Test and treat your soil as recommended and your plants should provide adequate mineral nutrition under optimal conditions. That’s fine is your satisfied with fair to middling deer health. If your goal is to maximize deer health and antler and body growth however, you may want to consider a short cut – mineral supplements.

What:
In terms of deer nutrition, minerals can be broken down into two groups. Macro minerals include calcium, phosphorus, magnesium, potassium, sodium and chloride. Trace minerals, which deer require far less of, include zinc, iron, copper, manganese, selenium, iodine and cobalt.

Why:
The most important minerals for antler growth are calcium, phosphorous and magnesium. But digested minerals do not go directly to antler growth. They are deposited on the deer’s skeletal structure. This is particularly important for young deer, whose skeleton is still growing. Only if there is a surplus will minerals be absorbed into and transported by the blood stream and to the antlers. That’s why it’s not until age 4-1/2, when he is fully mature, that a buck really starts maximizing his antler potential.

Mineral such as sodium, calcium, phosphorus, magnesium, potassium, zinc, iron, copper and manganese are also important for the enzyme activity involved in digestion. In past columns we’ve mentioned that a healthy rumen means a healthy deer. That requires not just the right food, but the right minerals as well. And that ultimately translates to increased body weight too.

Deer need trace minerals like copper and zinc for the same reason we do, to fight off infection. Deer can burn up valuable energy and nutrition fighting off diseases and parasites, which reduces body and antler growth and our last big reason for nutrients, reproductive potential. Healthier does give birth to healthier offspring, which then grow faster. 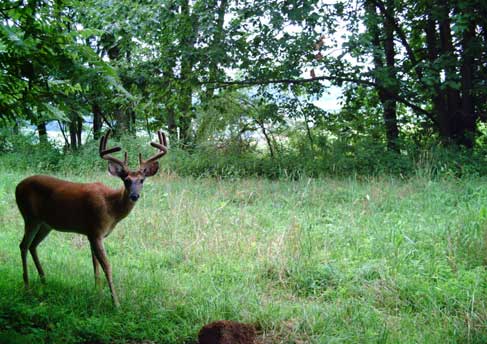 Where:
Supplemental nutrition makes obvious sense if you live in an area of relatively poor or modest nutrition, like the northeast, or the arid west. You might think it’s really not necessary in better habitat, particularly agricultural areas, where food is abundant. However, exactly the opposite may be true. Agriculture takes a heavy toll on soils, and areas in agricultural production, particularly corn, are often depleted of minerals.

When:
According to the Journal of Physiological Zoology, “Sodium is considered the mineral most limiting to growth and reproduction of mammalian herbivores worldwide.” That limitation becomes most pronounced right now, from early spring to mid-summer green-up; and the greener and more lush the new growth, the lower the sodium content.

How:
The solution is a mineral supplement like Heartland Wildlife Institute’s Lick Magic. In addition to sodium chloride, it also contains calcium, magnesium, potassium, zinc, manganese, copper and selenium, not to mention vitamins A, D and E. 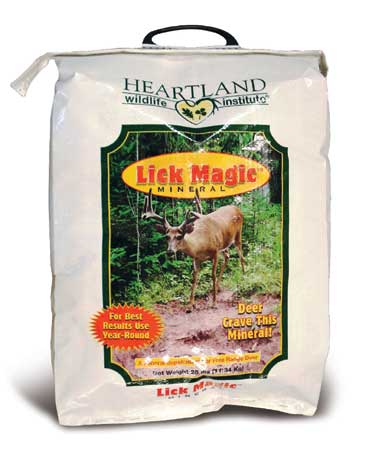 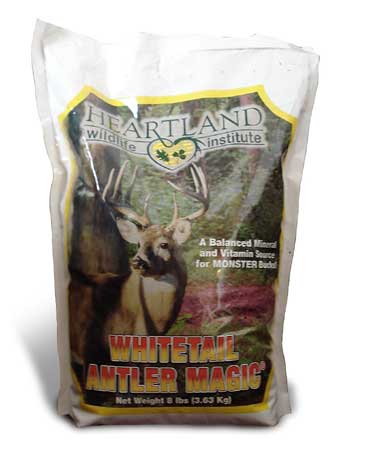 And if you want to add supplemental protein, Heartland’s Rack Maker Apple and Acorn Blocks contain 23 percent protein, along with calcium, phosphorous, sodium chloride, selenium, manganese and zinc, as well as fat and fiber. 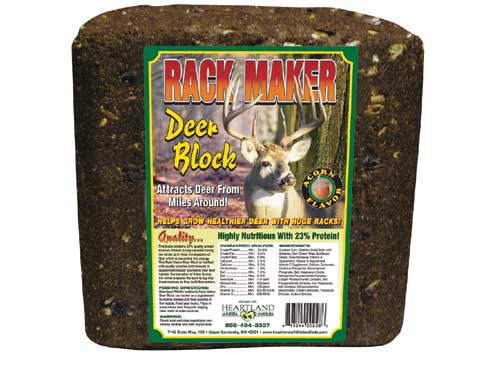 Food plots will certainly help boost your deer herd’s nutritional intake. But mineral supplements can take your nutritional program and your deer to the next level.

For more on wildlife nutrition go to: Heartland Wildlife Institute