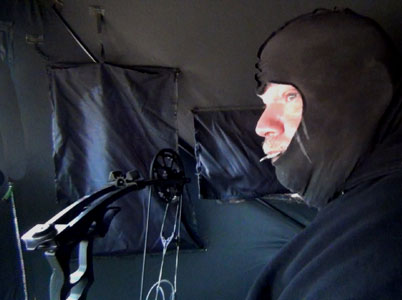 No wild turkeys were in sight and Fred and I were thinking about how good lunch would be about now.

Some soft yelps from behind us, where the blind was closed up, got out attention. A peep through one of the blind’s back windows showed a lone hen 20 yards behind us. It was grooming itself.

The hen liked it and sounded off with yelps and clucks. 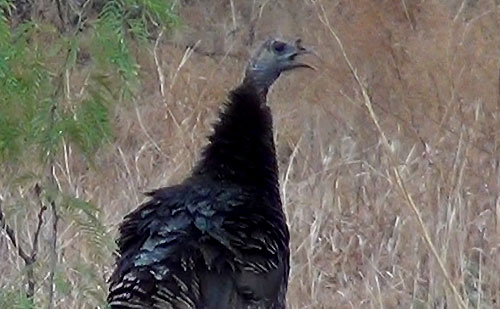 The hen meandered slowly over to the edge of the woods, yelping softly on the way. Getting a hen talking is a good thing. Sometimes a gobbler is withing hearing range. And he just might come on down.

In fact two of them did.

The gobblers strutted around and cut one another off from getting to the hen. 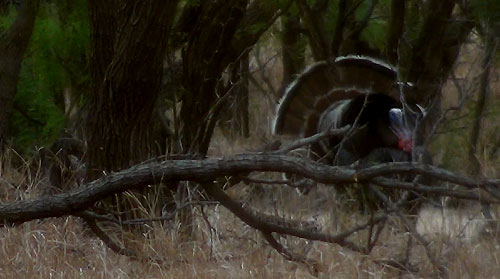 One of these gobblers was a bomber. A real Kent Daddy. He blocked the approach of the other strutter and got within arms length of the hen. 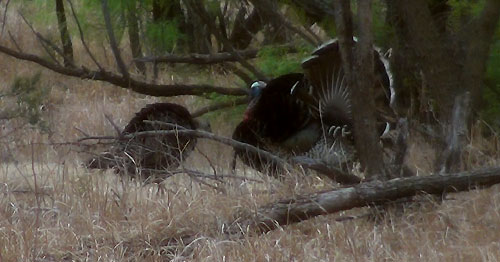 But he crowded the hen too much and it shook its wings and hurried into the trees. 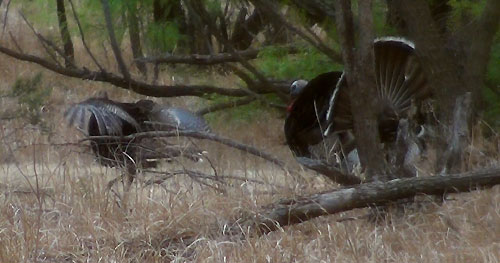 The gobblers followed and Fred and I became the only visitors in our immediate area. We waited half an hour and called in. Sky came to pick us up and we returned to the lodge and ate a great lunch.

John and David wanted us to hunt a different part of the ranch this afternoon. I was thinking I’d rather go back to where we had been, but after we got to the other place I was glad.

Here are the video highlights of this mornings bowhunt.