by Toby Bridges
in Bowhunting Posts
0 0
A A
6 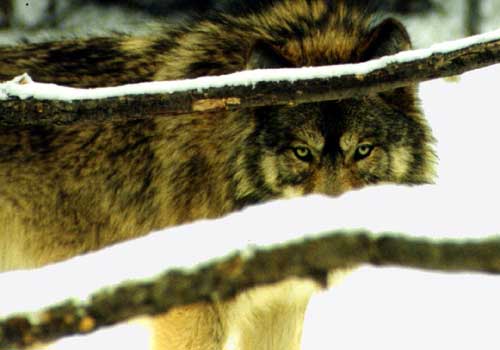 Afraid of the big, bad wolf
By Walter Rubel
wrubel@lcsun-news.com

The commission voted unanimously Thursday during a meeting in Las Cruces to discontinue a partnership with the federal government on the program that has dated back to 1999.

To some extent, I can understand. Having spent time talking to passionate advocates on both sides of the issue, I can attest that they can flat wear you out. But, that comes with the job of being a game commissioner.

The decision won’t have any real impact on the program, said Tom Buckley, a spokesman for the U.S. Fish and Wildlife Service. Opponents of the reintroduction program won the battle, but as for the war … the wolves will remain.

“The program won’t change,” Buckley said. “Its unfortunate that they determined at this time to step back from the program, but we will still will work toward Mexican wolf reintroduction. It’s our mandate.”
I can understand the economic impact wolves and other predators pose to local ranchers, and why they would oppose the reintroduction program. It’s the hysteria I have a hard time with, the notion that murderous gangs of wolves are roaming western New Mexico and eastern Arizona looking for small children to kill and eat.

“New Mexicans know that to protect the wolf, we don t have to harm livestock and risk the lives of our children,” Pearce said.

In 2007, Catron County went so far as to build wolf-proof school bus shelters. How many young children were victims of wolf attacks before they went to such extremes? Well, none.

An article at that time by the Albuquerque Journal cites a study by the Office of the Medical Investigator, which found there were 63 animal-caused deaths of humans in New Mexico from 1993 through 2004. The vast majority of those, 43, were caused by interaction with horses. None were caused by wolves.

In fact, the only evidence the killer-wolf crowd can point to is an incident in northern Saskatchewan, Canada. A coroner’s inquest found that a 22-year-old was killed by wolves, though some biologists disputed the finding. If true, it is the only known case in North America in the last 100 years. (editors note: Wolf Attack)

By contrast, about 40 people a year die from being stung by bees, wasps and other insects. I don’t suppose they’re raising money to construct bee-proof bus stops.

We’re all familiar with the fairy tale of the homicidal wolf who “gobbles up” Granny, “lets out a satisfied burp” and then dresses in her nightgown in a ruse to deceive and then eat the innocent, young Little Red Riding Hood. It’s a scary story that has given children nightmares for generations.

But it’s just a fairy tale.

Walter Rubel has been a newsman for more than 25 years and is managing editor of the Sun-News. He can be reached at wrubel@lcsun-news.com.

Living with Mexican Wolves and the Liberal Press.

In writing his article, “Afraid of the Big, Bad Wolf,” Mr. Walter Rubel does not seem to have researched any of the documented damage caused by Mexican Wolves. It appears his biased article came directly from his personal agenda, rather than the facts. I felt it necessary to provide documented facts concerning the Mexican Wolf.

Catron County has been documenting wolf-human, wolf-animal interactions since April 2006. This year alone, there have been 16 documented confirmed wolf-livestock depredations, 1 probable depredation, and 4 confirmed injuries. However, Mr. Rubel conveniently omits any mention of this serious problem for local family ranchers.

Since 2006 to the present, there have been 140 Wolf-Human incidents and 240 Wolf-Animal incidents, for a total of 380 incidents. Fifty percent of wolf interactions were on private property, indicating Mexican wolves are highly habituated and lack an avoidance response to humans, thereby posing a major threat. Habituated wolves seek out humans and human use areas. They are bold and come to homes where children play. The US Fish and Wildlife Service supplementally feeds the wolves all the time, including right now, causing the wolves to become further habituated by food conditioning.

Bus stop shelters were built with donated materials to protect school children after two children were followed home by wolves after they got off the school bus. Wolves were also documented at the elementary school by the swing set. Sheriff Shawn Menges had deputies on guard during recess while the US Fish and Wildlife Service John Oakleaf tried to trap the un-collared wolf. 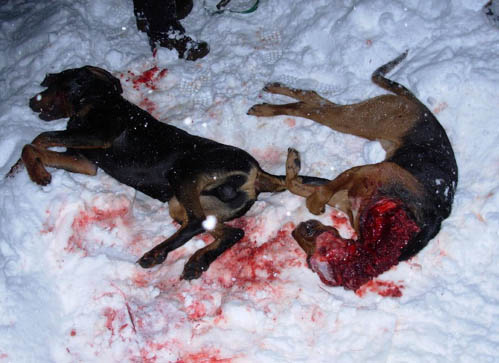 Catron County should be commended for taking a proactive stance to mitigate wolf-child interaction. Wolves do not have to bite a child to cause damage. Psychological trauma, ‘Post Traumatic Stress Disorder’ has been documented in our children from wolf interactions at homes. Wolves attacking and killing family pets in front of children is horrific and unacceptable. Wolves were documented 23 times at one home where a 14 year old child lived. How many times would you tolerate a dangerous and threatening predator lurking near your home? I read that when a mountain lion recently moved into El Paso, a nearby school was placed on lockdown, and the animal was immediately shot and killed. Why are residents of Catron County expected to tolerate such danger when no one else will?

The Catron County Commission will not allow our children to be collateral damage in this project. Think about your children: you expect and demand 100% protection for your children where you live, yet the US Fish and Wildlife Service has taken a position to allow habituated wolves near our homes, putting our children in harms way.

A comparability study of wolves denning in calf/yearling core areas show that five family ranchers lost 653 more head of cattle than before the wolf was introduced, with a monetary loss of $381,198.50. Two of the five family ranchers went out of business and had to sell off their ranches. One ranch did not re-stock their ranch in 2010 due to wolf depredation losses. Compensation to family ranchers has been virtually nonexistent and does not reflect the actual losses; there has been no compensation to Catron County government for reduced tax revenues and lost jobs.

Wolf-caused chronic stress in cattle is produced when wolves are killing in a herd. The effects are decreased pregnancy rates-open cows, pre-mature birthed calves, abortion of calves, weak calves, loss of body condition, weight loss, immune suppression, increased susceptibility to disease. These losses are beyond compensation standards and are ignored by the US Fish and Wildlife Service but attribute to major financial losses to family ranchers.

Many of those making our decisions and affecting public opinion have the luxury of living outside of wolf country. Mr. Rubel seems to think that since no children have been attacked or killed, there is no threat. I hope the above information will help people understand the terror we live in. I hope, above all, that our voices will be heard before it is too late to prevent such a horrible outcome.