by Dennis Treadwell
in Bowhunting News
0 0
A A
1 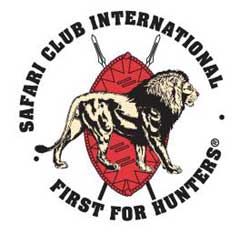 Safari Club Returns to Court to Defend Federal Wolf Delisting Law
Washington, DC – Safari Club International (SCI) filed a joint motion with the National Rifle Association (NRA) asking the federal court in Montana for leave to participate in the latest in the long line of legal challenges to wolf delisting. Several animal rights groups filed two new court cases on May 5th challenging the constitutionality of the recently passed law that directed the U.S. Fish and Wildlife Service to delist the wolves of Montana, Idaho and portions of Oregon, Utah and Washington State.

“Safari Club International has been a consistent force in the courts to defend the removal of wolves from the endangered species list,” said SCI President Kevin Anderson. “Congress has also recently stepped forward to stop the endless litigation pursued by animal right organizations and now they are attempting to circumvent the will of Congress. SCI will continue to defend the delisting of recovered wolf populations throughout the U.S. until the management is returned to state wildlife agencies.”

The two new cases claim that the federal law violates the separation of powers clause of the Constitution. Both cases were assigned to Judge Donald Molloy, the same judge who, in 2010, ruled that the delisting of the Northern Rocky Mountain wolves violated the Endangered Species Act.

SCI moved to intervene in the latest cases, explaining to the court how SCI members plan to participate in the upcoming wolf harvests in Montana and Idaho, how they hunt and enjoy elk, deer and moose in those states and how wolves are decimating wild game populations as well as the hunting economy. Many SCI members submitted their sworn declarations to assist SCI in demonstrating our interest in the outcome of this lawsuit.

Becoming an SCI Member:
Joining Safari Club International is the best way to be an advocate for continuing our hunting heritage and supporting worldwide sustainable use conservation, wildlife education and humanitarian services.

JOIN NOW: www.safariclub.org/Join.
Safari Club International — First For Hunters is the leader in protecting the freedom to hunt and in promoting wildlife conservation worldwide. SCI’s approximately 200 Chapters represent all 50 of the United States as well as 106 other countries. SCI’s proactive leadership in a host of cooperative wildlife conservation, outdoor education and humanitarian programs, with the SCI Foundation and other conservation groups, research institutions and government agencies, empowers sportsmen to be contributing community members and participants in sound wildlife management and conservation. Visit the home page http://www.safariclub.org/ or call (520) 620-1220 for more information.