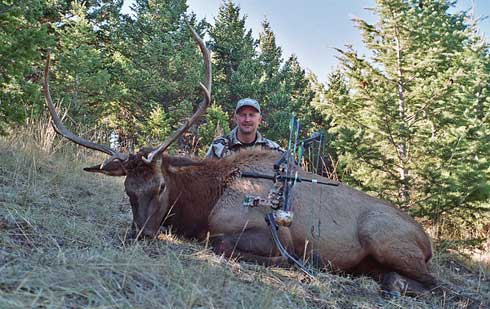 Hours of tough pre-dawn hiking brought us in to an area where a remote herd of elk had been located a few days earlier. Due to the deceptively easy look of the terrain, it took longer to close the distance than expected. As a consequence, the bull already had his harem sequestered in the dark timber. Anxiously, we waited for him to make the next move. An hour later, and late into the morning, a bugle echoed near the crest of the mountain. I smiled at my hunting partner, knowing now our chance for a close encounter was eminent.

We waited impatiently until noon, and then worked our way around and up the backside of the mountain. Methodically we crept to within 100 yards of where we heard the last bugle and I eased 40 yards out and to the left of Walt as he began softly cow calling. The first romantic mew received an immediate response and the bull continued his vocal serenade until he was standing broadside at 16 yards. He only went 30 yards after my arrow passed through him. When we began calling it was 1:30pm, we were standing over my bull at 1:50pm. 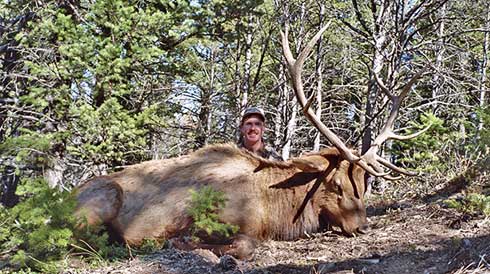 Whitetail hunters have known for years that hunting between the hours of 10:00AM and 2:00PM can be some of the most productive time to harvest great bucks. As an avid elk hunter you should take note and utilize this as part of your elk-hunting arsenal. Hunters traditionally realized the importance of hunting early and late in the day. Now you can increase your odds of killing an elk by increasing the amount of time you actually spend hunting. 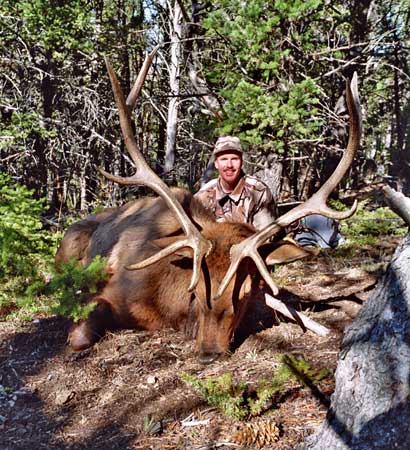 There are four reasons for my obsessive quest, and consistent success, on mid-day bulls. The first and most obvious is it increases the amount of time you are able to hunt by at least thirty percent each day. More time spent hunting will certainly increase your odds. Second is the assurance of stable wind currents. The vast majority of elk country is prone to fickle winds. Using stable mid-day thermals to your advantage greatly enhances your success. Third is the security factor. Elk have retreated to the protection of the dark timber during mid-day. Knowledge of your elk hunting area will allow you to approach this safe zone undetected. Pay close attention not to contaminate this area. Instead hunt on the fringes. Zeroing in on their mid-day safe haven makes the fourth point deadly effective. Soft calling! Once you’ve gotten to within a hundred yards or less of their security area, with good mid-day thermals in your favor, soft cow calling is certain to draw in some action. More often than not it will be one or more of the herd cows that answers back first. Provided you don’t overcall and you execute patience the herd bull will inevitably show interest. The key at this point is to play it safe and not over-call. 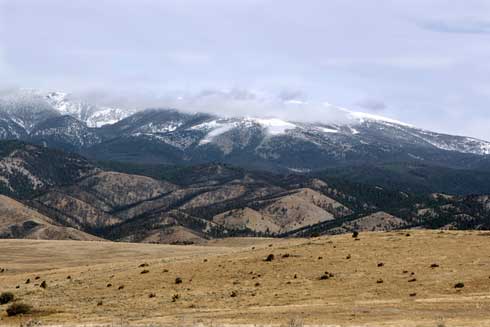 Maintaining stable wind currents in mountainous terrain like this can prove difficult. Using the consistent rising from mid-day thermals can work to a bowhunters advantage.

Late last September, my hunting partner Walt and I utilized these tactics to fill both of our archery elk tags on heavily hunted public land. We were hunting through an area we knew held a good number of elk but hunting pressure had them holding tight in the dark timber during most of the daylight hours. Using the prevailing wind and stable mid-day thermals we worked to within one hundred yards of their bedding area, set up, and gave a few soft cow calls. The only indication we had of the bull’s presence, was a barely audible grunt from his expected location and even then we weren’t sure of what we’d heard. Sitting, waiting, as the minutes ticked by was difficult…should we call again? Maybe we should move? Believing in our setup and having stable mid-day wind gave us the confidence to hold true to our ambush.

Then it happened. His tines materialized at the crest of the hill. The bull walked silently and slowly, searching with every step for the cow he’d heard, straight in to Walt’s shooting lane at 21 yards. The shot was perfect. We started calling around 1:30pm and were standing, admiring Walt’s fine bull by 2:00pm.

For the discerning elk hunter mid-day may be just the time to attach your tag to a great elk. The added time you gain daily by utilizing the advantages afforded you during this ‘magic’ window will greatly enhance your possibilities for success and extend the enjoyment of your early fall excursions. 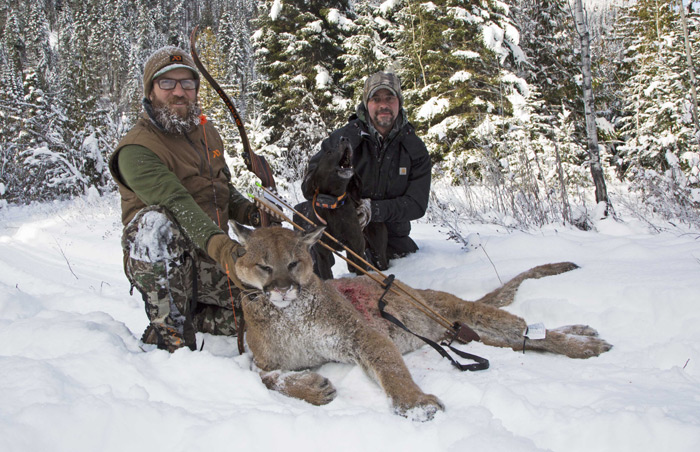 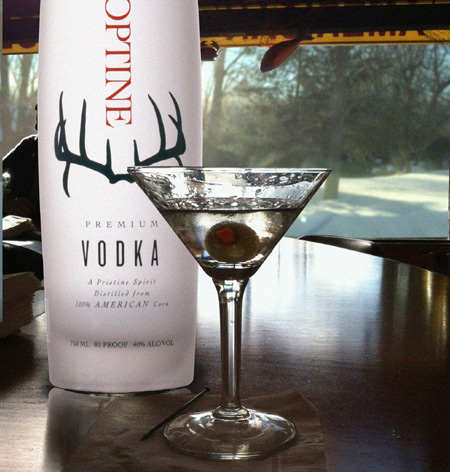 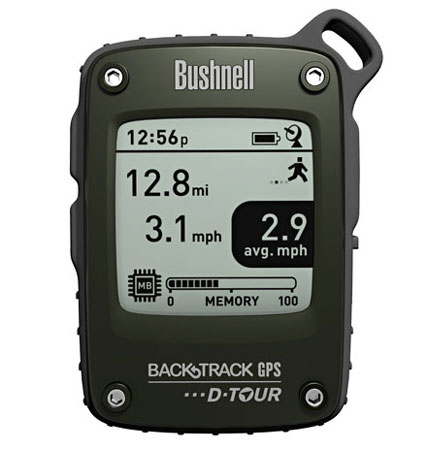 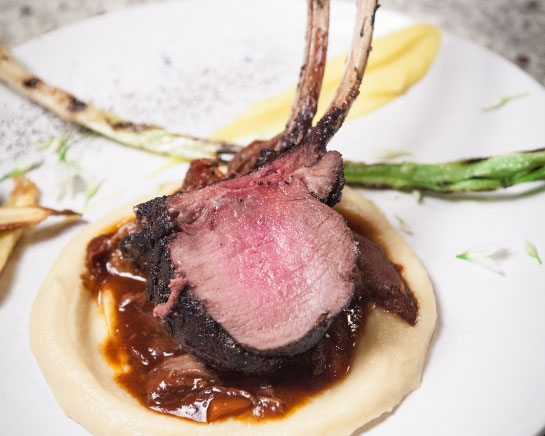