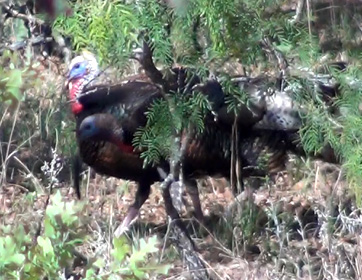 The drive to Rick Philippi’s ranch in north Texas took us longer than we expected and we arrived too late to turkey hunt. Fred and I unloaded our gear and the three of us visited and caught up on what was going on with each one of us.

Well before daylight, Rick drove us to our hunting area on his super quiet Bad Boy Buggy ATV. He walked us into the woods to an elevated blind. It was a Blind Turtle hunting blind; a circular fiberglass (or plastic) blind with a door and 8 windows that close and open. It is 8 feet off the ground and has steps up to the door.

We climbed up the steps and waited half an hour for daylight. The weather was a clear, 54 degrees. 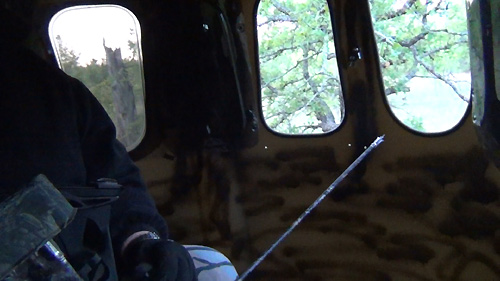 Fred called softly with his Wicked Sister mouth call after fly down time. 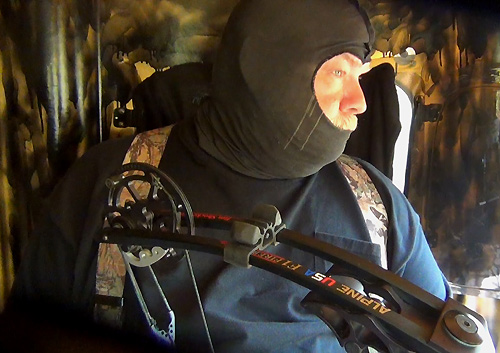 Bingo, 3 hens walked up on our left. They had definitely roosted near where we were. Fred is on the left side of the Turtle and  I couldn’t manage a picture. Here he is looking out of the Turtle’s window at them. 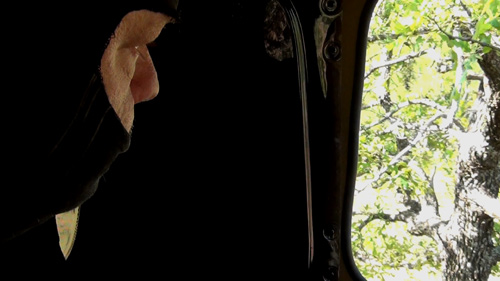 The hens moved through and once they were gone Fred called again in case there were gobblers close. They weren’t. So Fred called every 15 to 20 minutes.

At straight up 10:00 we heard a distant gobble. Fred went to work and the gobbles got closer. From the sound of it, there were two different gobblers and they had the deep, loud gobbles of mature Toms. 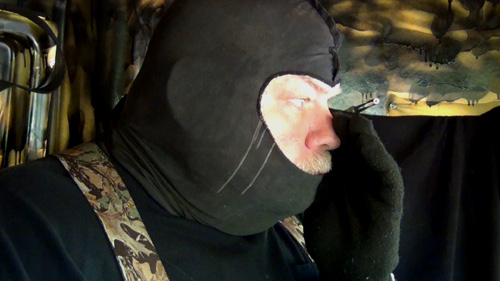 They were coming closer, in the woods directly ahead of us. Fred saw them before I did and whispered where they were. But I  couldn’t see they from my side of the blind. 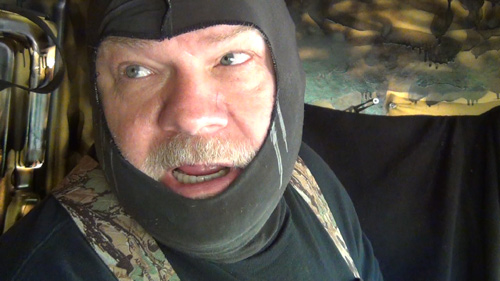 They gobbled loudly and that helped line me up with them so I could video and take pictures when they came in view for me. When they did I got busy and zeroed in on the two gobblers. They were monsters. 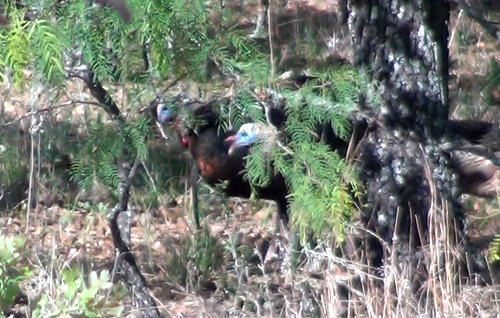 Wow! These were big, deep chested, fat bellied, mature Toms with nice Longbeards. They weren’t wasting any time either. 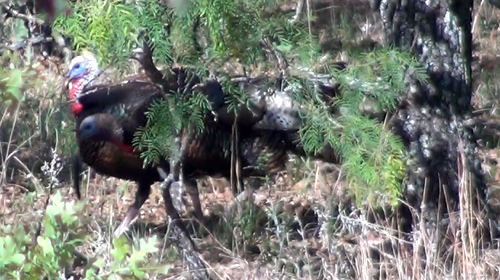 Fred did a few yelps and one of the Toms went into Full Strut. They both gobbled loudly. They also were a few yards out of bow range. 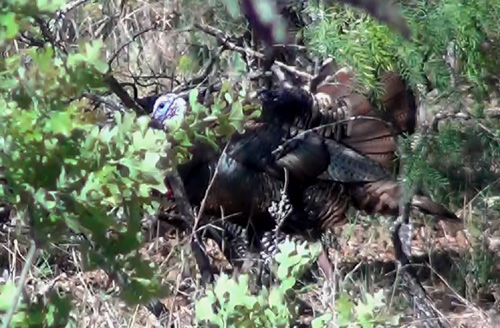 Then we lost sight of the Toms because of the thick brush and ground cover, but at our last sighting they were walking away from us. Fred picked up his Slate and called. They gobbled right back. 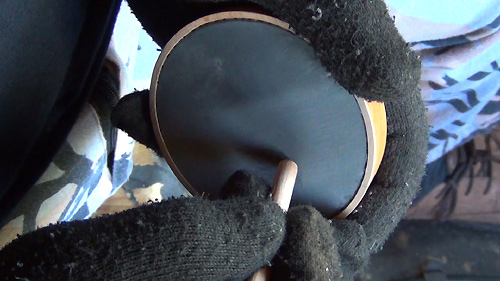 As they continued to gobble responses Fred worked them back to us. When we saw them again they walked up to a fence on our left and stopped, hopefully looking for a place to duck under the fence. 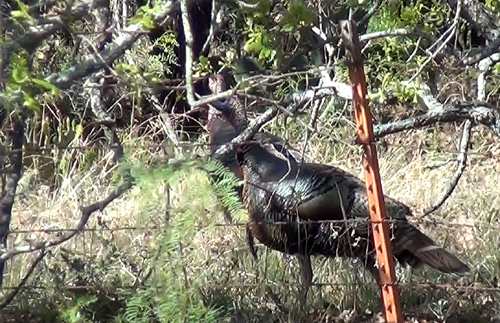 If the Toms came under the fence they would be in bow range for Fred. He purred and clucked and they gobbled and gobbled. 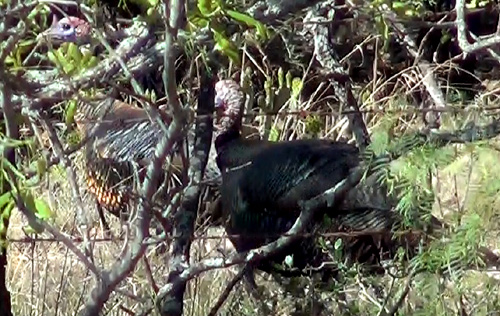 Finally the Toms blew us off and walked away gobbling.

The temperature was warming up and soon mosquitoes began circulating. But we waited until noon before I texted Rick to pick us up. When we hunted this afternoon I was definitely going to bring  a ThermaCELL to run off the mosquitoes.

The three of us drove into Jacksboro, Texas and ate an excellent home cooked lunch at the Green Frog Restaurant. Rick had to leave today so after lunch he showed us two other places to hunt.

I drove Fred to the airport on Saturday and he flew home. Fred has 4 wild turkey Grand Slams to his credit on previous hunts but this year he was short a Rio Grande gobbler.

However, I still had several days more that I could hunt Rio Grande gobblers and as I drove home I got my plans together to hunt as much as possible during the time that was left.