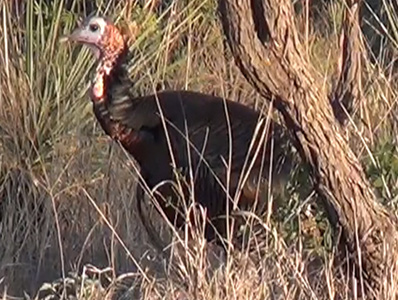 Fred Lutger clucked on his slate and two gobblers, yet unseen,  gobbled back as they moved toward us from across the creek. Wing flaps let us know when they flew across the creek to our side. 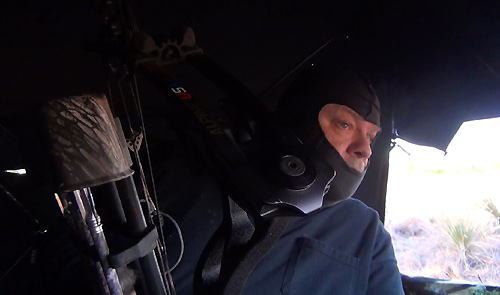 A hen appeared first and two gobblers were on her tail. They went by us at less than 20 yards but Fred passed. 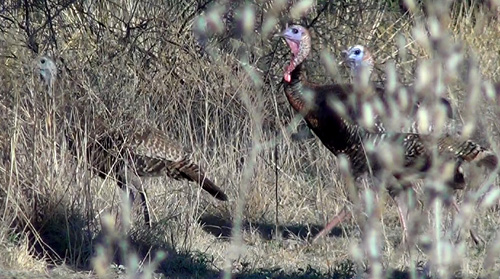 The trio walked out of sight in the ground cover to the South. Twenty minutes later a group of mixed wild turkeys came out of the creek. Fred called sporadically as they zig zaged leisurely through the grass, weeds and low scrubs. A booming gobble from across the creek got all of our attention.

We didn’t see this new gobbler but we heard the sound of his wings as he crossed the creek to our right. For us to see him he had to walk up the bank and step out on the top — where we are waiting in our blind.

When we arrived today the first thing we did was check the edge of the creek on our side. There were 5 distinct trails up the creed bank. One of then is worn deep into the side of the creek from years of use by deer, wild hogs and livestock. It’s the dark spot in the center, bottom of the picture below. Keep you eye on it because our Longbeard visitor is gonna be in it real soon. 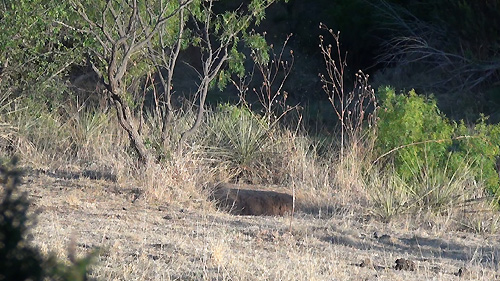 As I scanned the edge of the creek bank I noticed something out of place. An eye of a wild turkey! According to my Nikon range finder it is 21 yards to the top of the divit. 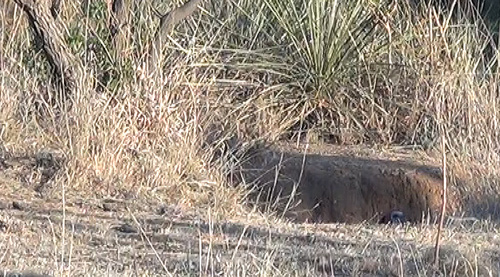 The gobbler stayed motionless, surveying the area around him, for several minutes. Then he moved a step or so and stood still as stone for over 20 minutes. 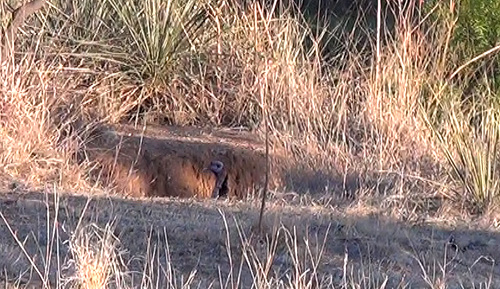 Here is a close  up of our Peeping Tom. 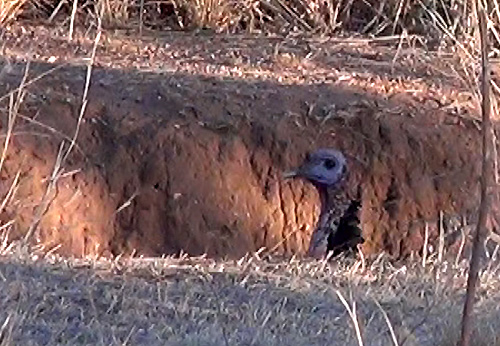 Finally the gobbler moved. Yikes … his head disappeared all together. Time froze. Was he going back down the bank and leaving us? Or would he pop up at any second.

Movement of something dark told us what was happening now. The Peeping Tom’s head came around some scrub trees a few steps further away. Fred drew. 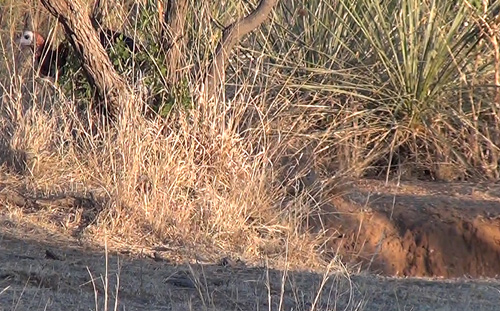 Bingo, he was almost  in full view but he stopped and waited.

When the Longbeard took the first step, Fred saw his opportunity and took aim. 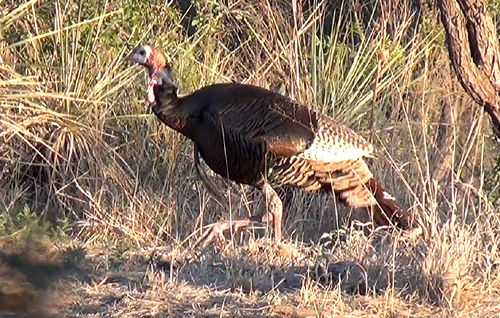 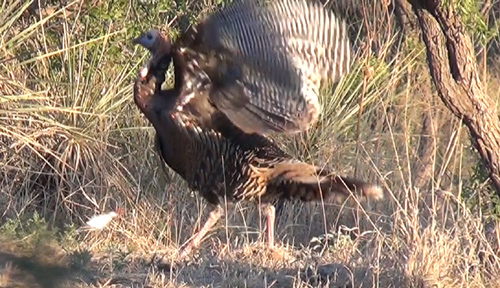 And Peeping Tom turned and spread his wings. 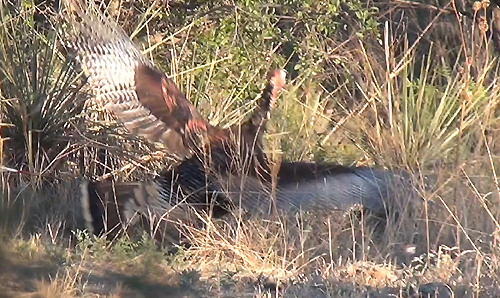 And launched himself into the air. I got a pic as he cleared the creek. 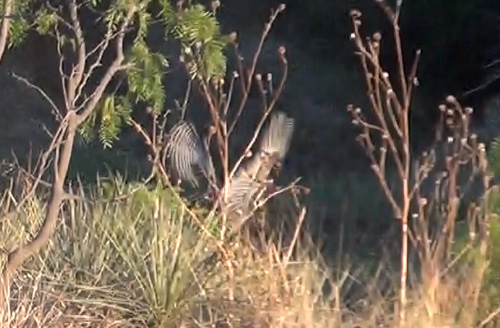 And another as he gained height and left us. 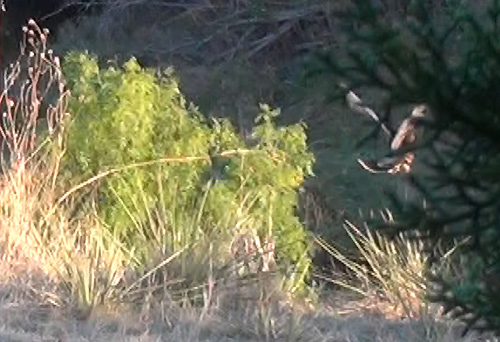 One of the things that can always kick your nose in the dirt when you hunt with a bow is the yardage. We knew the yardage to the top of the trail. But the gobbler didn’t come up there and came into view further away. 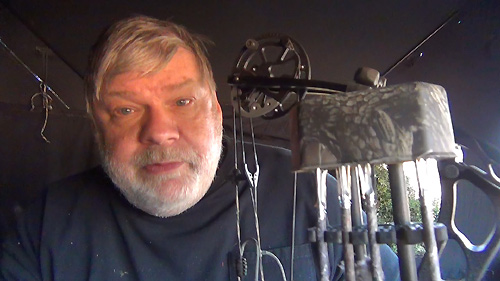 Fred and I checked his arrow just to be sure and it was clean. We saw another group of gobblers but they hurried by on the way to wherever they roost.

Sky Watkins picked us up and we ate another first class dinner. When I turned in I remember thinking that I wished I had the super comfortable bed I slept in here …  at my house.