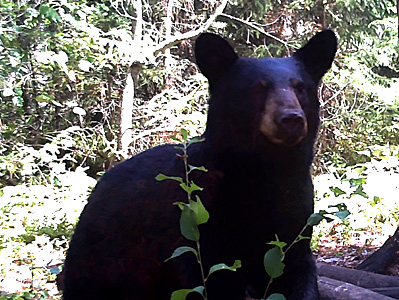 The next day there were 125 bear pictures at Horse Tail. Here are the highlights.

A lone bear came on the scene soon after we baited yesterday. 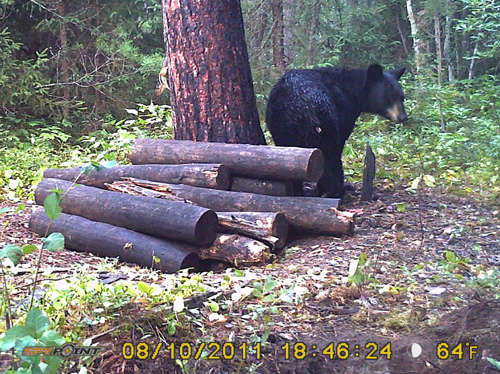 At 6:57 a Sow and Cubs came up. The camera went into infra red mode and took a bunch of pictures of them. They are very cool and I want to put them up. So when I get some extra time I’ll make a special gallery of them. I think you will enjoy them. 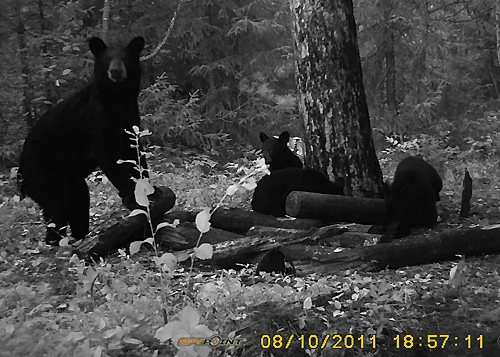 At 7:23-pm the SpyPoint caught the Sow running away. The Cubs were next. 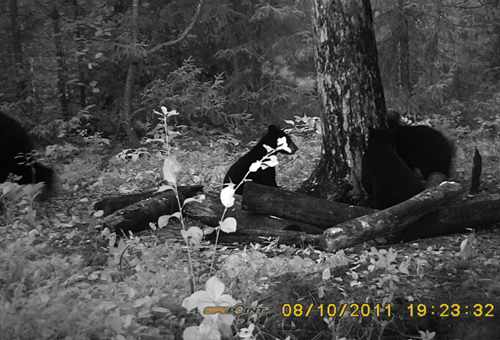 Twenty some minutes later the reason for the quick exit was caught on the SpyPoint. 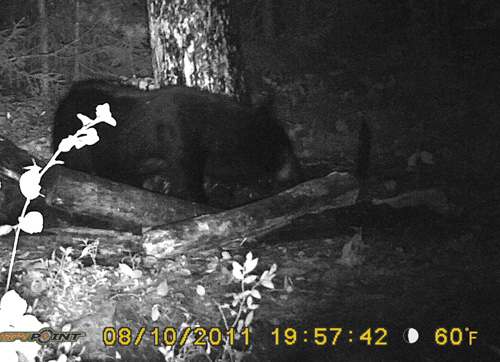 Or maybe this bear that walked by 9 minutes later was the reason. 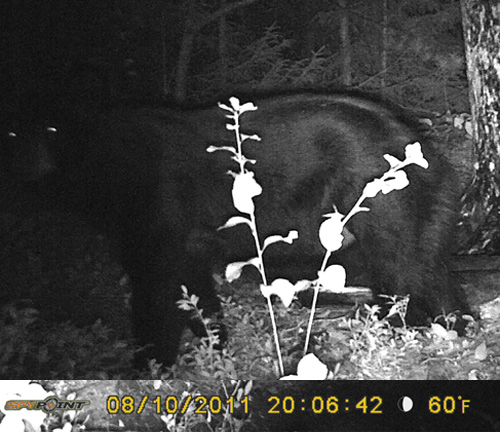 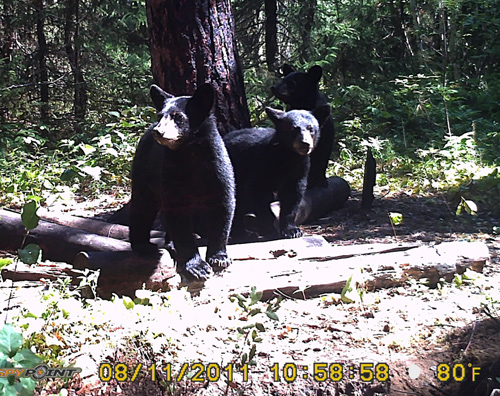 One minute later an adult bear appeared and the trio of young bears had boogied on. 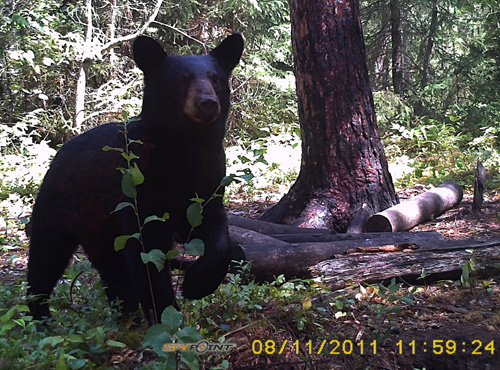 Two minutes later another bear got his picture taken. It was kinda like a bear parade. 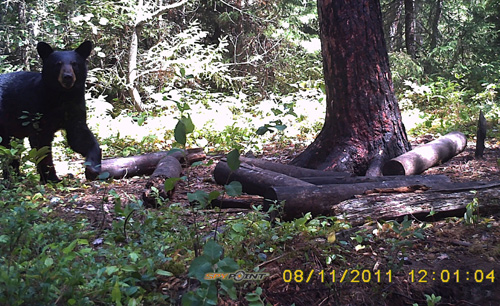 And 52 seconds later one of the bears checked out what was left of the bait. 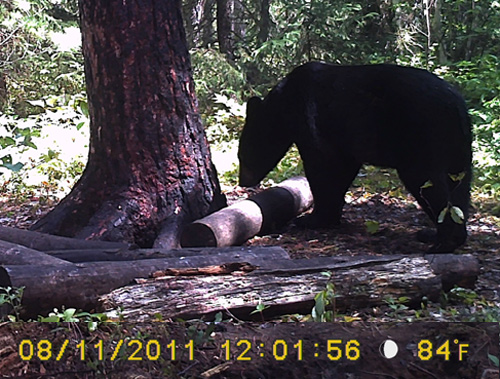 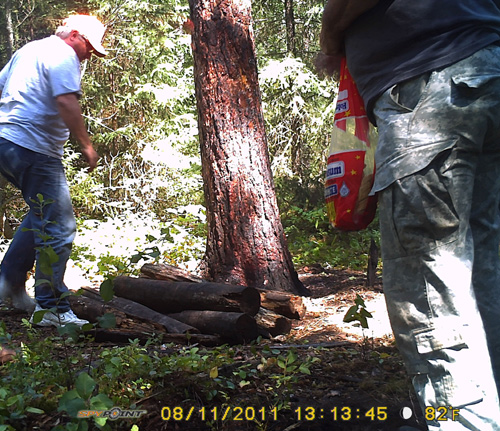 I took the SD card out of the SpyPoint and reviewed the pictures on my laptop. I was particularly interested in the large bear that came during the night.