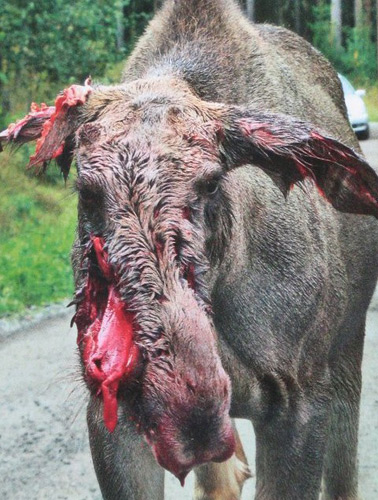 Wolf packs are equal opportunity killers - the moose was fortunate to escape with its life. 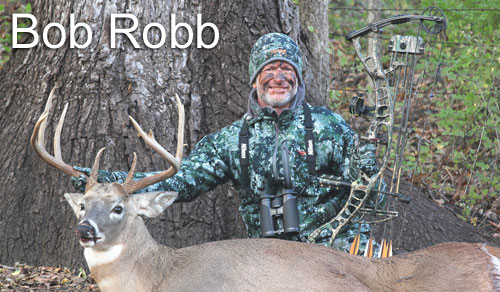 Unless you have been living on Mars, you have been following the latest misadventures of the modern day Wolf Wars. Watching the antics of what Rush Limbaugh calls the ARW’s (Animal Rights Wackos) as they try everything in their power to rapidly increase lower-48 wolf numbers while eliminating sport hunting of all types as fast as they can is an amazing sight. The animal rightists couldn’t care less about sound science or doing the right thing. In their misguided, fairy tale world animals and humans all live together in Disney-esque harmony. There is no need for the big bad hunter to shoot Bambi’s father.

In fact, in the wilderness there is no need for humans at all, and thus, no need for modern, science-based game and habitat management programs. Here, they believe that Mother Nature should be left to her own devices. In part, that means large predators should be allowed to roam unchecked and kill game at their leisure.

Lower 48 wolves are more than happy to oblige.

I lived 15 years in Alaska, and while there saw firsthand what wolves can do when left unchecked. In the past decade those same issues have come south with the reintroduction of wolves into the Yellowstone ecosystem, the southwest, and the Great Lakes region. Suffice it to say that wolves are doing exactly what many of the anti’s want them to be doing — devastating game numbers so that, when game populations drop to drastically low levels, game managers will have no choice but to close or severely restrict hunting seasons so that the wolves (and grizzly bears) will have enough elk and deer to eat. You can find lots of data about this at the Rocky Mountain Elk Foundation’s website, www.rmef.org. This same devastation is also happening to the whitetail and moose herds in the Great lakes states, most notably Minnesota, Wisconsin, and Michigan’s upper peninsula.

A little background. Because wolf numbers exceeded targeted reintroduction population goals in the Yellowstone ecosystem more rapidly than expected, the animal was removed from the Endangered Species List and a sport hunting season on wolves was instituted in 2009. The season held in Idaho and Montana were supremely successful, with hunters killing 72 of the 75 wolves on quota in Montana, and 188 of a 220-wolf quota in Idaho. In addition to that, in 2009 government shooters killed 256 more wolves identified as livestock killers. (In all, government hunters have killed more than 1200 wolves over the past 15 years. I wonder how much money that cost the taxpayer?) Tag sales generated $528,697 – all for wildlife conservation — while hunters killed just 22 percent of the estimated total Idaho wolf population and 14 percent of the estimated Montana wolf population. And since wolves reproduce at an annual rate of about 20 percent, there was not even a net loss in the overall population as a result of the hunt.

And then, disaster. In a move reminiscent of the tagline from the movie Jaws II — “Just when you thought it was safe to go back in the water” — in August, 2010, U.S. District Judge Donald Malloy in Missoula, Montana restored endangered species protections for gray wolves in the Northern Rockies, ending plans by Montana, Idaho, and Wyoming to hold public wolf hunts this past fall. Environmentalists had sued to overturn the decision, arguing wolf numbers would plummet if hunting were allowed.

“There were fall hunts scheduled that would call for perhaps as many as 500 wolves to be killed. We’re delighted those wolves will be saved,” said attorney Doug Honnold with the ARW group Earthjustice, who had argued the case before Molloy on behalf of 12 environmental groups. In his ruling, Molloy said the federal government had not met its standard for wolf recovery, including interbreeding of wolves between the three states to ensure healthy genetics. “Genetic exchange has not taken place,” Molloy wrote in the 40-page decision. Molloy said hunting and state laws allowing the killing of wolves for livestock attacks would likely “eliminate any chance for genetic exchange to occur.”

Are you kidding me?

It seems that to the animal rights groups, the animals they love are not created equal. After all, the wolves hunters did not shoot in 2010 killed hundreds of deer, elk and other animals. But then, I guess it is OK for the wolves to kill and eat ungulates and small game animals, but not OK for humans to do the same thing. Game managers in all states affected by wolves will tell you that the more deer, elk, moose, bighorn sheep, and other animals the wolves kill, the less there will be for sportsmen. And do not be fooled into believing that this is not something the ARW’s have not thought long and hard about. I’ve had their members tell me straight out that if they cannot shut down sport hunting seasons through the front door, they’ll come in through the back door. In this case, the back door leads into a wolf den.

Fortunately, wolf hunting seasons are again on in Idaho and Montana. Here’s hoping hunters hammer them.

I don’t blame the wolves. Truth be told, I have a deep-seated admiration for them. They are intelligent, resourceful, tough as nails, and take care of their own. When they kill game animals and livestock — even when they do not eat the entire animal, which occurs much more than most people think — they are not being evil. They are just being wolves.

And being the beautiful, magnificent animal they are, the wolf is the ideal poster boy for the fundraising arm of the ARW’s. All they have to do is send around a flyer with the picture of a wolf on it and a plea to help stop the evil wolf killers, and the checks from the uninformed pour in.

The modern wolf wars are here to stay. And unless sportsmen unite to take back wolf management from the ARW’s, we are fixing to see almost 100 years of sound science-based game management go out the window. It’s time for every one of us to become involved.

For more go to: Lobo Watch by Toby Bridges