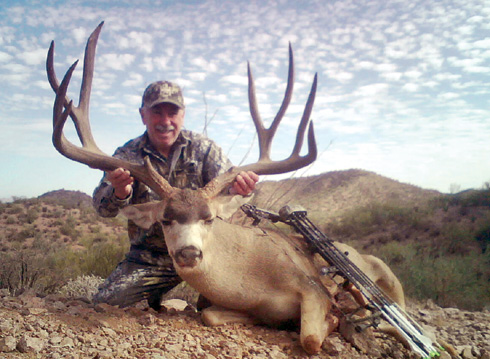 This Coues’ deer (the small subspecies of whitetail deer found in the arid southwest—Arizona, western New Mexico and northern Mexico) bested a World’s Record that had stood since 1989.

This gigantic mule deer exceeded the previous world’s record that had stood since 1979 (a mule deer from Colorado).

Like the other two, this new World’s Record exceeded one that had stood for a long time.  In fact, many believed the 248 0/8 bull that Michael Cusack shot in 1973 would stand as the world’s record Alaska-Yukon moose forever.

In addition to the 3 World’s Records, other extraordinary animals included:

Just over 100 of the biggest and best animals taken in the last two years were requested and received for verification by the 27th Biennium Panel Judging Session prior to the Minnesota Convention.  These outstanding specimen represented all 34 categories of North American big game and were displayed in an unforgettable public exhibit during the four-day convention that was the Pope and Young Club’s big 50th Anniversary Celebration.

Established in 1961, the Pope and Young Club is a non-profit North American conservation and bowhunting organization dedicated to the promotion and protection of our bowhunting heritage, hunting ethics and wildlife conservation.  The Club also maintains the universally recognized repository for the records and statistics on North American big game animals harvested with the bow and arrow.

Putting The ‘Buck Stop’ On An Illinois Buck