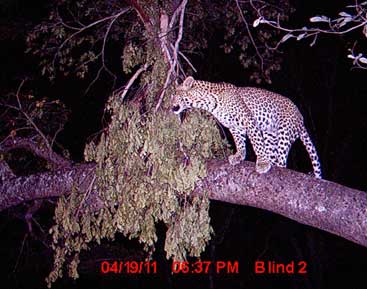 All I can say is, what a blessing Claire’s cousin, Kevin decided to move to Bulawayo and settle there. Otherwise, we would have been up a creek. Kevin showed up just after five in the morning. We were bundled up in everything we could find, and we were still shivering. It was so cold. He took us to his house about 20 minutes away and grabbed a rope to tow the vehicle back. John stayed behind with the vehicle. We arrived at Kevin’s house just as his family was waking up and getting ready for school. It seemed entirely wrong to be awake long enough to see the sun rise, set, then rise again, all in what seemed to be one continuous day. We jumped directly in their shower, after many hours of feeling so tired and dirty.

John and Kevin showed up about an hour later and had the vehicle up and running! What a relief! We had to get going so we could get across the Zimbabwe border. John decided to grab a couple hours of sleep so he wouldn’t fall asleep at the wheel. He was abruptly awakened by a text message from his cousin that is an acquaintance of the concession operator we had just left. He said John needed to call him immediately because the concession operator had reported us missing and they would stop us at the border. I’m sure the lack of sleep contributed to it, but things were getting a bit sticky.

John called the concession operator and was on the phone with him for over an hour. Claire and I sat nervously waiting for any news. When John finally returned, he said everything was fine but we needed to get on the road. I was full of questions about the conversation, but could tell it needed to be left alone. We quickly loaded all our bags, making certain to tie down the ones on the roof a little more securely this time. As soon as we opened the door to the truck, we were totally knocked out by the awful smell. It had gotten so much worse, and I pretty much threw up a little in my mouth. We couldn’t figure out what it was, but it was bad. As we drove off, I nestled my nose underneath my shirt, with only my watering eyes peeking out to keep from breathing in that putrid smell.

We finally reached the Zimbabwe border without any further incident. We all breathed a huge sigh of relief after we got our passports stamped, took those final few steps in Zimbabwe back to the vehicle and started to drive off. When we got to the gate to drive through, the guard looked at our paperwork and said we had to turn around and go back, they had to inspect our vehicle. My heart sank and I could see myself being handcuffed by a big lady with a bad attitude. I really just wanted to get in to Botswana. Thank heavens they didn’t spend a lot of time inspecting the vehicle. The guards had much the same reaction we did, when we opened the door and was smacked in the face with that overwhelmingly disgusting odor seeping out. They asked if we had some spoiled milk with us. Claire and I just looked at each other and shook our heads no. The guards not only let us go, but asked us to quickly leave. Of course, we did slip them all a few cans of Orange Fanta. It works every time! We finally made it to Botswana!

After getting on the road again, it finally dawned on us that we had forgotten about the cooler full of rotting meat that had been sitting in the sun for two days now. I don’t know why we didn’t throw it away right then and there. That seems like quite an obvious and easy fix to the situation. But we didn’t. We kept it with us. I can only assume that because of how expensive the meat was to buy, John and Claire desperately wanted to hold on to it as long as possible in the faint hopes of saving any of it. Once again, I buried my face in my shirt in order to survive the remainder of the drive to South Africa.

We drove throughout the rest of the day and reached the South Africa border late that night. I was so looking forward to smelling some fresh air and snuggling into bed. John had arranged for us to stay with some friends of his that night. They are also safari owners and had some other hunters staying with them. They were all sitting around a campfire after a long day of hunting. Two of the men were from Finland and were passing around a vodka bottle like it was water. It was rather entertaining to watch the hunters enjoying themselves that night. We ended the evening by sitting in a hot tub. That was the most relaxed I had been since I left home.

Writers Hunt: On The Road To Alzada