by Collin Cottrell
in Bowhunting Blog
0 0
A A
1 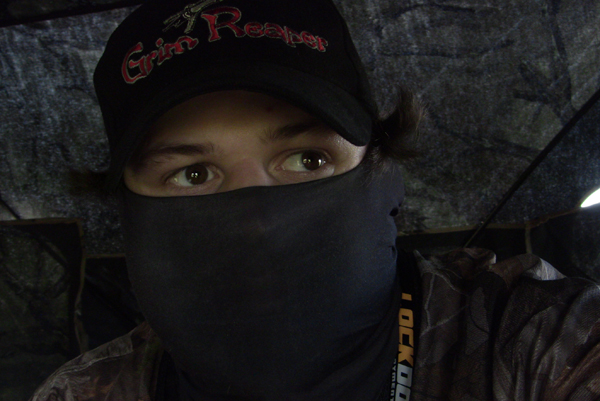 4 AM came quick. I slept well and was excited that it was officially opening day for Montana’s Archery Antelope season.

I enjoyed a quick breakfast with everyone and then packed everything I would need for today’s sit in my Badlands 2200. I would be sitting in a Double Bull ground blind over a small “seep” that was known for having antelope come to water. If you plan to sit over water all day on an antelope hunt, make sure you pack plenty of snacks, food, fluids, reading material and a comfortable seat!

I made a lunch the night before and was set on food. I packed a bunch of water and some Wilderness Athlete Hydrate & Recover and Energy & Focus to fuel my body in the heat. I grabbed a few hunting magazines from home and made sure I had those in my pack as well. I was set with everything I needed and headed out to the blind early. 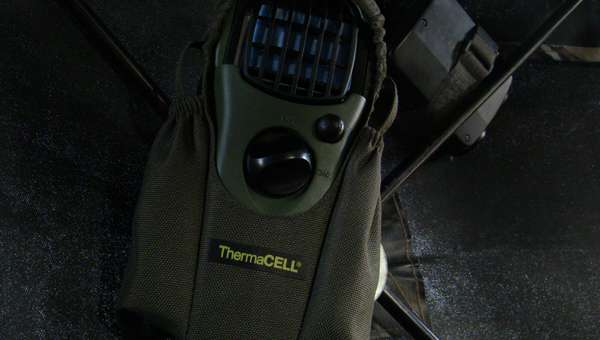 The first thing I did when I got to my blind was get the ThermaCELL started and I sprayed down with Atsko’s N-O-DOR. It was still pretty dark but the sun and heat would be here soon enough!

The sun made it’s appearance  and it was “go time!” I started reading magazines when out of the corner of my eye, I saw something move. It was an antelope coming in for a morning drink. I got my video camera ready and started to get some footage and pictures. 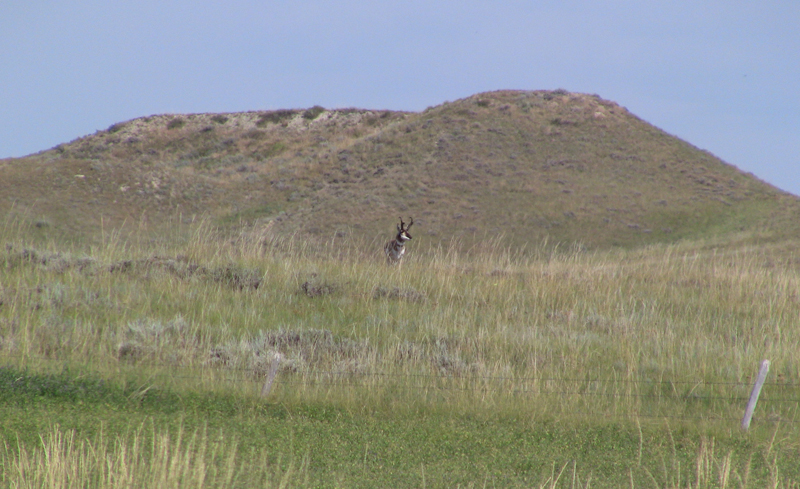 The buck was looking around to make sure everything was clear. When he was comfortable, he started to make his way toward the water hole in front of me; feeding and milling around. He soon got to the fence and wasn’t sure if he wanted to cross it yet so started walking down the fence line. 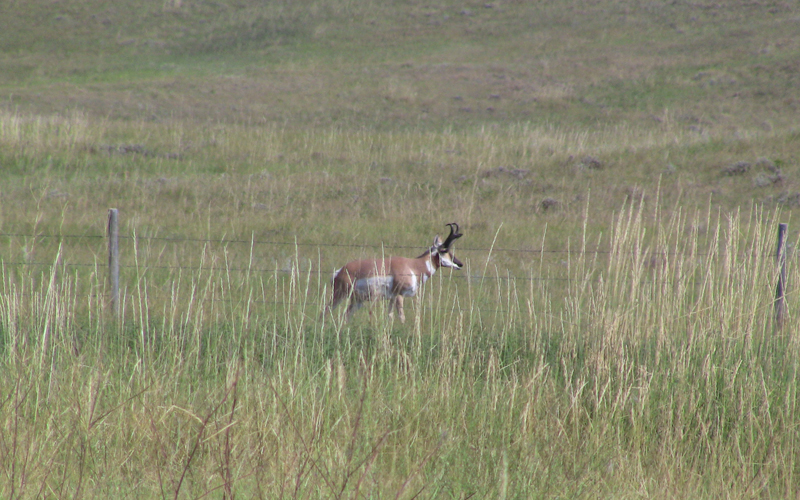 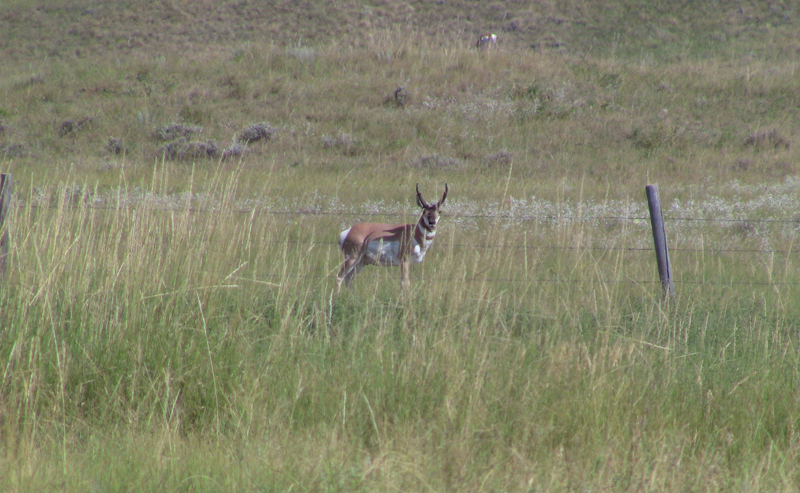 The nice antelope buck kept walking and  I suspect he was looking for a way across the fence without jumping over. He eventually went over a hill and out of my sight. “Dang!” I thought to myself. This battle wasn’t over yet.

Twenty minutes later I caught movement out of the corner of my eye. It was another buck and he was coming fast! He was coming straight to the water hole as I quickly grabbed my Alpine bow. The buck stopped for a second and as he did I reached down into my SideWinder for my rangefinder. 30 yards, I went to full draw, put my 2nd pin on the speed goat’s vitals and squeezed off the shot. It felt like a good shot.

I was excited as I watched the big  goat run out of sight. I decided to wait for a little bit to gather my emotions. Had I just shot my first antelope?

I got out of the blind and began to look for my arrow. NO blood! I couldn’t believe it. I ranged the blind from where I saw the antelope standing and it was 35 yards. I must have ranged some of the tall grass in front of the goat. 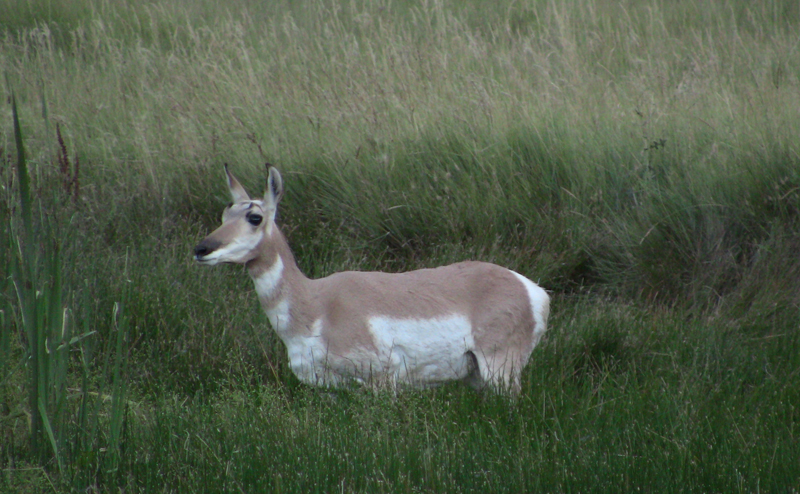 Soon after I got back into my blind a doe came in for a drink. I decided to pass. 20 minutes later I watched as two more bucks came into the opposite side of the water hole. They never came close enough for a ethical shot so I shot them both with my camera instead. 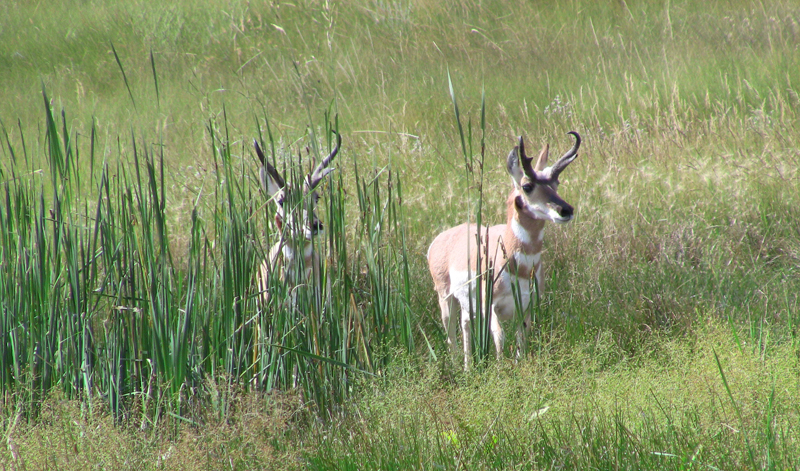 The day went by and nothing else came to the water. It was dark by 8:45 and time to head back to camp. I hoped someone else had better luck. Unfortunately, nobody else would have antelope in range and that is how day 1 in Montana would end.