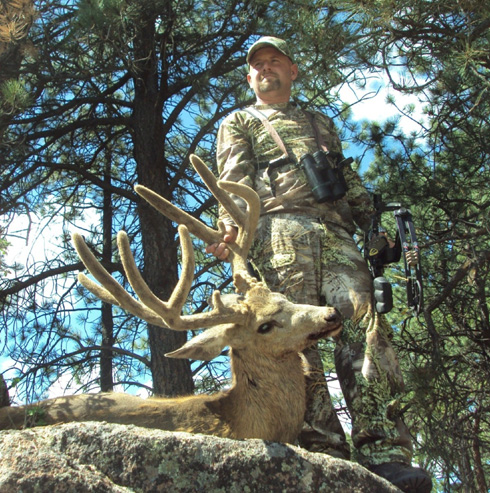 Chuck with his Open Season Muley. 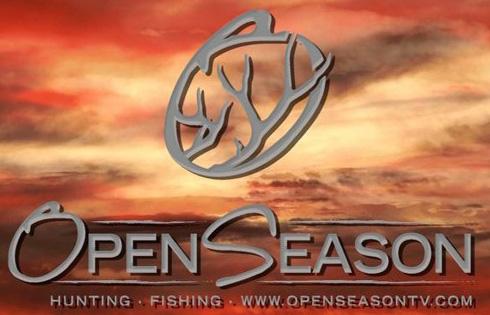 August ended in grand fashion for Chuck Paddock, James Blankenbeckler and Tom Preston. The guys from Open Season TV hooked up with Big Sandy Outfitters to hunt mule deer in the Colorado high country. The hunt started off with a bang as Chuck sent a Victory VAP arrow through an enormous muley buck at 45 yards the opening evening.

Chuck tipped his VAP with the Switchblade from Tru-Fire which flew true and helped drop the buck in less than 75 yards. Two days later Tom also had his opportunity and it was on. Tom’s Strother SX-1 bow sent another T1 tipped Victory arrow through the boiler room at 30 yards. It was easy going following the blood trail and 100 yards from the shot we had big muley number two in the books.

Tom had this to say about his hunt,

“With a lot of help from my Dead Down Wind products I was able to get within 30 yards of a Pope and Young class buck. Once I settled the Spot-Hoggs 30 yard pin on the vitals and touched the trigger on my Tru-fire release, the SX-1 was perfect and my Victory arrow went straight through. What a feeling to see a perfect hit on what you know is going to be a record book entry animal.

By staying comfortable while your hunting, I believe you stay more alert which of course increases your odds when the shot presents itself. I want to thank Rutwear for helping me be prepared by staying comfortable all day despite the conditions and helping me take the buck of a lifetime. Great gear led to a great ending for this hunt and I want you all to know how much I appreciate the products these great companies offer hunters like me.”

Stalking is an awesome way to hunt big mule deer. Getting at eye level with these full velvet animals is just an amazing challenge. While Chuck and Tom both had a few stalks that didn’t work out but with the number of big animals they were on, it was just a matter of time.

No matter how many big muley’s they were on, Chuck and Tom definitely agree that without the help of their Dead Down Wind products, neither would have been coming home with a buck. Chuck and Tom’s animals will most likely make Pope and Young.

Be sure to check out these hunts and others on The Pursuit channel in 2012. Until then, keep an eye on the folks from Open Season TV by visiting their Open Season TV Facebook like page or www.openseasontv.com.