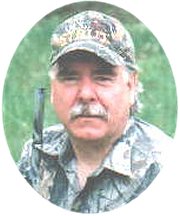 The house was silent as the little boy slid out of his bed. His feet felt the coolness of the hardwood floor as he padded towards the living room with the excitement of Christmas day rising high in his young heart. The soft, pleasant smell of Ozark cedar seemed to spur him on as he headed towards the Christmas tree where many brightly wrapped gifts were waiting for the special time when the family would gather a bit later in the morning. The child knelt near the colorful Christmas tree and array of presents, looking for a long box which he hoped would have a BB gun inside. There was no box long enough to hold a BB gun so the little boy headed back to the bedroom. It would be a great day anyway, he thought as he climbed back into his warm bed and drifted off to sleep.

Later in the morning on his 7th Christmas the excited little boy found a new single shot .22 rifle standing near the Christmas tree. His heart was pounding wildly at the realization the he had been given a real gun instead of a BB gun. While holding what had to be in his eyes the greatest present in the whole world the boy was given specific instructions of how, when and where he would be allowed to shoot his new gun, along with the somber warning that the gun was never to be pointed in the direction of a person, house, car, livestock or any other thing which was not a well placed target with a good backstop.

Today I picked up that same .22 rifle and held it gently while remembering that Christmas day more than 40 years ago. I remember running to the house with my first cottontail rabbit in one hand and the little .22 in the other while excitedly calling my Mother to come and see my rabbit. Memories and a flood of emotion seemed to overwhelm me as I cradled the small single shot rifle which is my single most cherished possession. Memories of the many squirrel hunts that my Dad and I took together and also those of many friends and family ran though my mind. There is also the knowledge that my parents instilled into me the fact that human life is sacred and precious….that life is a gift to be enjoyed …not taken by acts of violence. As instructed by my parents, I have never pointed a gun towards another human being in a threatening manner. Actually, I have never knowingly pointed a firearm towards another human for any reason.

I try to fight back the tears as I consider what has happened in our great country this week. Who would dare do such a thing as this? What were they taught by their parents?

What is it that they were willing to die for ….while killing hundreds and possible thousands of innocent people that they don’t even know? I weep as I consider the hurt and suffering of those who have already died in the terrible terrorist attack against our country. I weep and pray for those who are still alive but trapped somewhere amidst the 1,000,000 tons of concrete and steel rubble and hope the rescue workers will find them quickly. I cry and pray for the families of those who have died and those still unaccounted for. And also for our President and other leaders of our country that they will stand firm on their commitment to hunt down and bring to justice those responsible for the death and destruction which has been inflicted on not only the American people but the American way of life and the principle of freedom itself.

I am also amazed that this terrorist attack which may well turn out to be the greatest loss of American lives in one day since a day in the Civil War when 22,000 soldiers died was carried out without a single shot being fired by a gun. Not a single shot! Instead, this merciless act of war was planned, instituted and carried out with knives, box cutters and airplanes. The news media has tiptoed around this issue from the beginning. I can assure you that had there been a firearm involved in the hijacking of the planes before being flown into the World Trade Center, the Pentagon Building and into the ground in Pennsylvania that there would have been a flood of media attention directed towards more firearm control. And the anti gun groups would be holding news conferences around the world. Where are the antis’ now? Is it possible that they are somewhere drafting plans to force all knife owners to register their knives and box cutters? All of the current gun control laws in place did not stop this terrible terrorist attack against our country. I fully believe that every gun control law enacted has been done with the right motive. The motive to live in a society where our children are safe at home and school. The motive that the leaders of our great country can go about leading our country without the threat of being shot down on the streets of America. The motive to live in a violence free society. These are good and desirable motives which the vast majority of Americans have today. There is nothing wrong with the motive. The problem is the method by which the motive has been carried out. The method to disarm the American people by gun control has placed the firearms in the hands of criminals who have no intention of conforming to any laws. The only effective way to combat the violence is to educate our children that human life is sacred. Until there is a change of heart………the violence will continue.