by Collin Cottrell
in Bowhunting Blog
0 0
A A
2 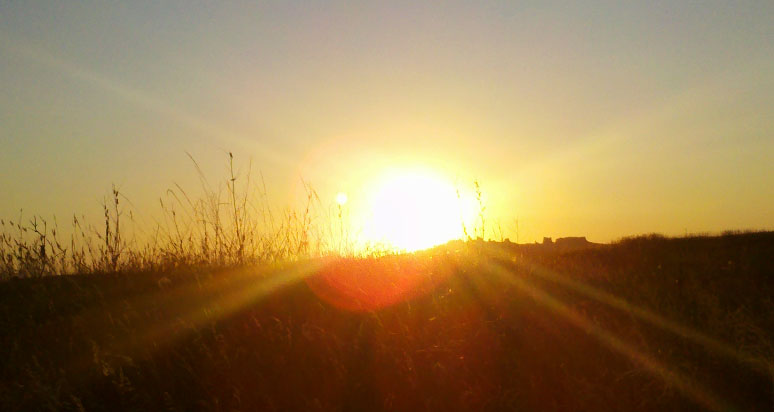 Day 3 started later than the first two. I decided that I would sleep in a little. The first two days had taken all of my energy and I wanted to do some spotting and stalking this morning. I woke about around 9:30 and had a quick but good breakfast. By the time I was finishing up my breakfast, a few of the other hunters were coming in to have a quick breakfast after doing some spot and stalk bowhunting in the morning.

The plan was to head back out around 11:00 AM with writer Bob Humphries. He wanted to try a new area, just past where my ground blind is setup. I got my HECS suit on and grabbed my Badlands 2200 and the rest of my gear and we were ready to get back to bowhunting!

On the way back out, we stopped at the ranch shop to check-up on Jay Liechty. I mentioned in an earlier post that Jay was working on a different way that he would hunt antelope this week. This was Jay’s super secret project of sorts. Well, he has made quite a bit of gain on his project. Here is a picture of his super secret project so far… more about that later! 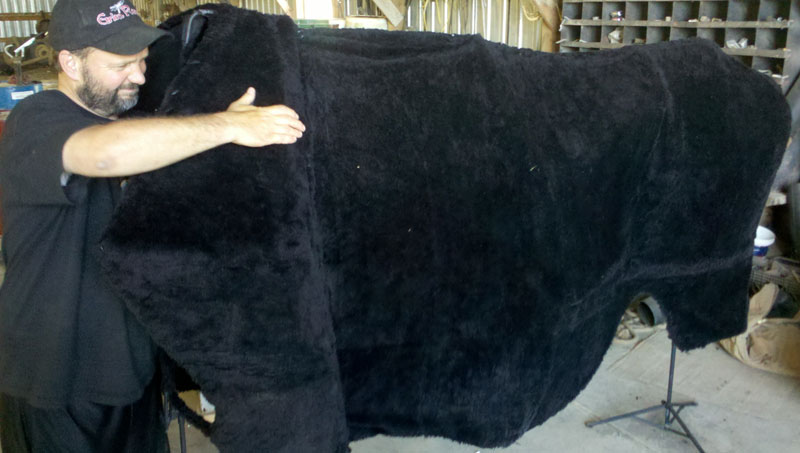 As we got to my blind, the hay field to the left of me was stacked full of speed goats. Bob dropped me off and headed to another hay field past me. When he dropped me off, the antelope saw us and ran to the next field, but I knew they would be back.

I sat in the blind for a little bit to let everything settle. I then decided it was time to take out the Montana Decoy Antelope Decoy. This decoy usually works better during the rutting phase, but I figured it would be a good way to act as if I was one of them.

I made my way out into the cut hay field and setup behind some hay bales that were in the field. Different groups of hay bales were stacked all over in the field and my plan was to use them to my advantage and hide behind them. A group of does and a small, but, decent buck fed back into the hay field. I started to make my way closer and closer to them, doing my best not to act out of the ordinary.

I made it to about 90 yards away and ran out of hay bales… it was now time to use the Antelope Decoy. I unfolded it and held it out in front of me with one hand, my bow was in the other. I stalked towards them at a slow place, making sure not to make too much noise. I got closer and closer and decided to stop and range my distance. 70 yards… should I try to get closer? As I started to take another step, one of the does looked up and got nervous. They were gone, adios!

I tried a few more stalks in the hay field and came up unsuccessful each time, but it was fun to try, none the less. I then made my way back to the blind and sat the rest of the day out. No luck. But, there was another beautiful sunset.

I waited for Bob to pick me up and so we could head in. Day 4 would be here before I knew it.

Bowhunting for the Desert Grey Ghost