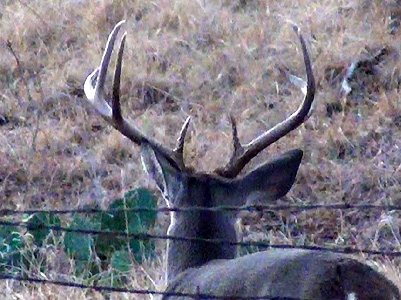 In the Spring I saw and took pictures of an 8-point that was bigger than the other mature 8-points. But I haven’t seen him for two months.

At first light in the morning three mature bucks moved into my food plot area. I took their pictures as soon as my camera could take one in the low light. 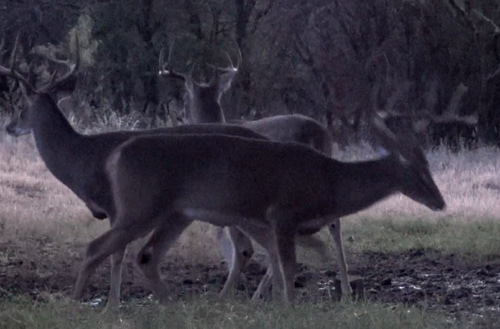 The buck below has antlers that I recognize from the last few years. 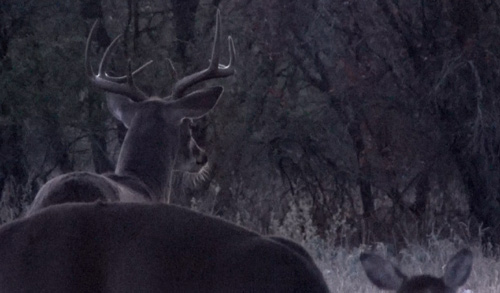 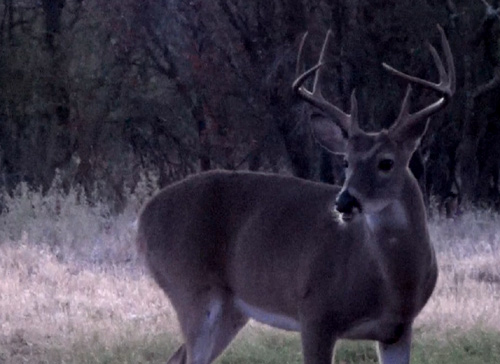 And this buck is one I recognize from the previous 3 years. He is growing a larger rack every year. 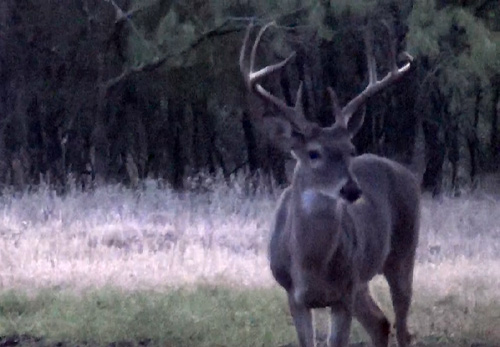 The bucks spent their time approaching does and any young bucks that came around. And for several seconds these two bucks locked horns and yanked each others racks around. 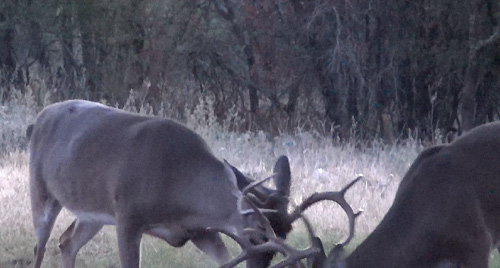 Meanwhile another nice 8-point walked down the hill along the nearby fence line. There was more daylight now so this picture is an improvement over the others. 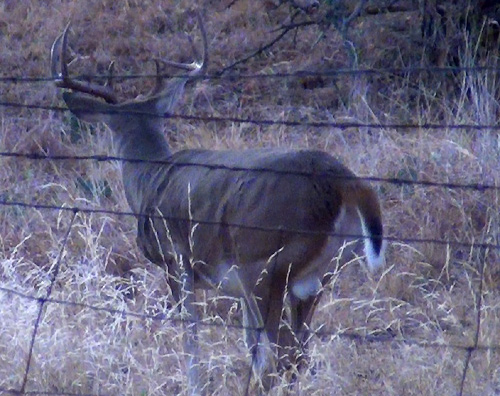 A doe came down the fence and cut in between the buck and the barbed wire.fence. 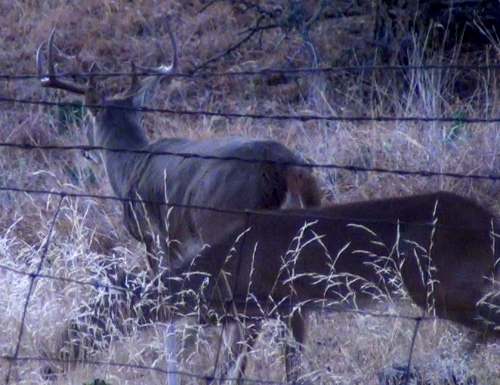 The buck gets closer to me, in fact just under 20 yards away. He looks all around. 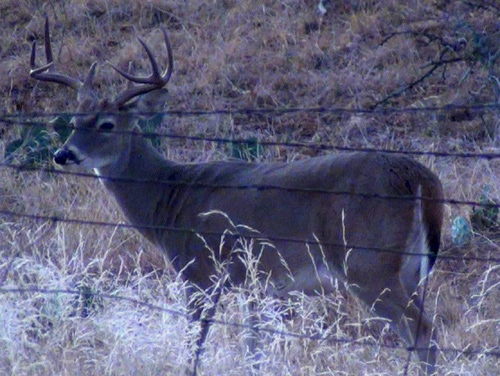 Then he turns around and starts back the way he came. 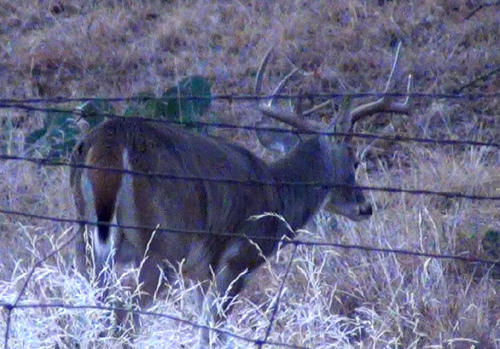 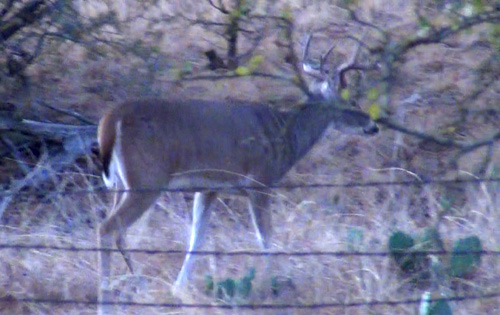 After taking the picture above I looked around the area and noticed this buck standing by the fence. 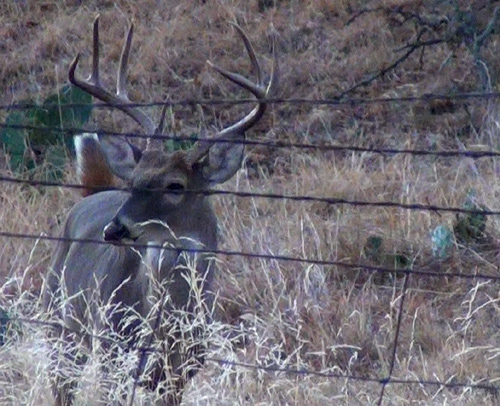 A fine 8-point indeed. He turned around and watched the area on the hill side to the east. 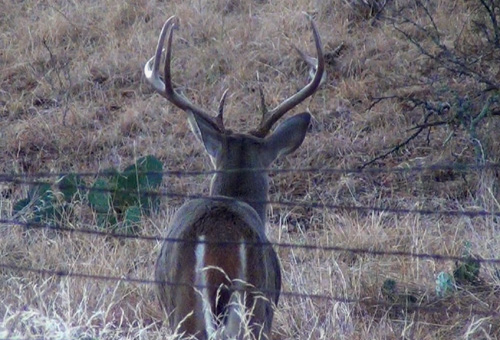 Then he walked up the fence the same way the other buck went. 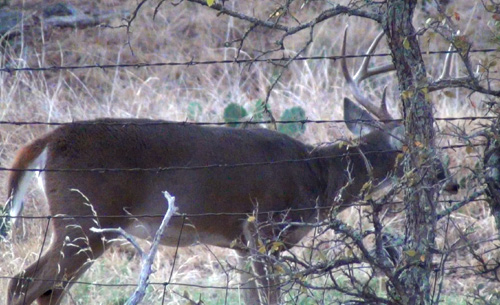 Like the other buck, he disappeared when he got to the trees on the hill top. Another quick look around and I saw another buck chasing a doe around. 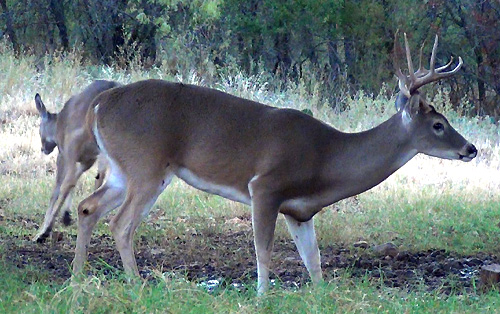 Then the buck took the same route the other two had and started out of the area. 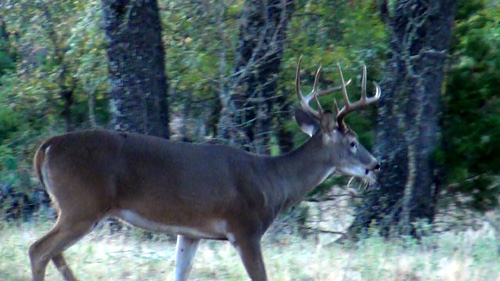 Here is my last picture of the morning hunt. The buck passes by a doe and continues out of sight. 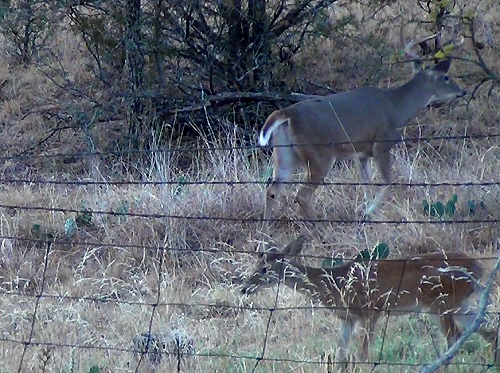 I waited almost an hour without seeing any more deer and then returned to the house. What a super day in the deer woods.

Many Thanks to the Bowhunting.Net 2011 Bowhunting Deer Sponsors:
Previous Post