An After Scrape Skirmish 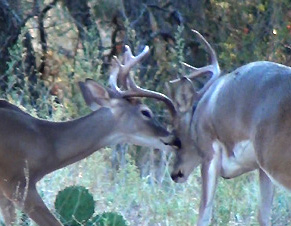 Once the 8-point finished making his scrape it looked around and something that I could not see caught its attention and it walked toward it with a purpose.

It was another buck, a young 1 1/2 year old. When the scrape meker buck got to the younger buck it stood by it a while and then got in its face. 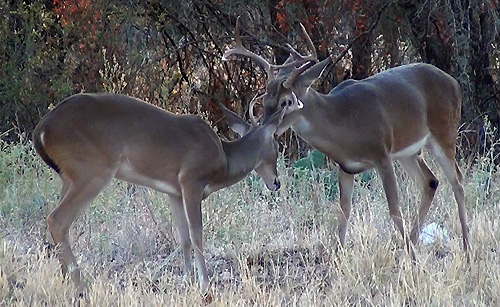 When the younger buck stood its ground they locked their antlers and twisted their heads. 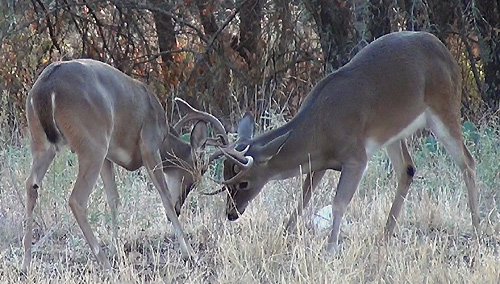 This was not an even sparring match the younger buck weighed less and definitely had a smaller rach. But what he lacked in size he made up in attitude. 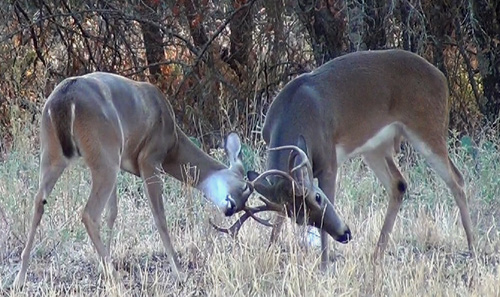 They two bucks pushed each other back and forth, twisting and turning as they went. 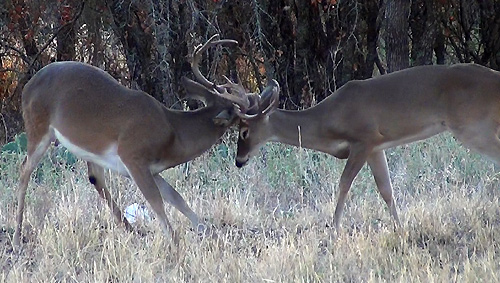 Another picture as the two buck struggle to show they are more powerful than the other. 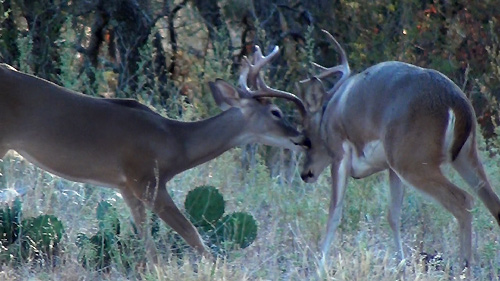 The two bucks carried on for several minutes; butting heads, twisting necks and shoving with all their force. 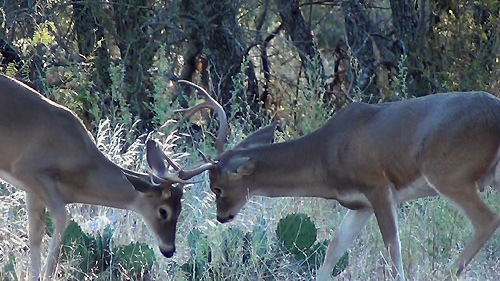 And eventually one of the bucks stood down. You can see the entire confilct in the video below. Enjoy.

These Scents Really Do Work

These Scents Really Do Work

Hot Trails Brings Them in On the Wind