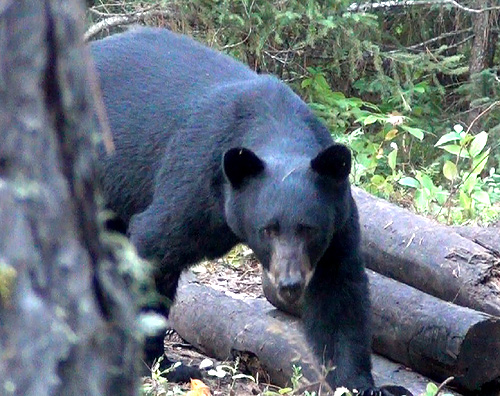 Most hunters experience their first bear hunt by an invitation from another bear hunter. But what if this isn’t the case for you? How do you go about getting this hunt set up and what are some tips that you need to know to make it a successful excursion? Whether you have a hunt coming up or are planning one for next year, these tips should make it as successful and enjoyable as possible.

YOUR QUARRY
What type of bear do you want to pursue? All bears can potentially be dangerous, but do you intend to hunt the more dangerous grizzly or brown bear or the more common black bear. Grizzly and brown bear hunts are typically more expensive, and it is recommended (but not required) if you are going to use a bow and arrow that you might consider having a gun as backup. For an almost guaranteed good time, try hunting for black bear for your first time.

LOCATION
Where are the bears? Many bear hunters go to Canada. Black bears hold a special position in both the hearts and the ecosystem of Canada. It’s no surprise that their populations are guarded so carefully through measures of adaptive management and selective harvesting. Current populations are estimated at 100,000 animals, one of the largest populations in North America. Why go to Canada? Because generally, tags can be purchased over the counter, and typically purchased with the outfitter once you arrive on site.

Provinces such as Ontario, New Brunswick, Saskatchewan are very popular places hunters travel to. If you don’t want to leave the country, you can find bears in the Unites States also, but keep in mind some states have an application and draw process, so you may not get a bear permit when you apply. For instance, it takes about six or more years to get a bear permit in Wisconsin. For each year you apply and do not get a permit, you get a “preference point.” I have four preference points now, and I’ve heard it takes between six and nine points to finally get your bear permit for this state.

PAPERWORK /LICENSES
If you are going out of the country, make sure you have a current passport. In Canada, you will need a current hunting license from your state in order to get an Outdoors Card (the Canadian version of the hunting/fishing license).

If you want to bring a gun, you will need to declare that before entering Canada. There is required paperwork that needs to be filled out for a firearm. You do not need to fill out any paperwork if you are using a bow to hunt with, but you will be asked at the border if you have any guns or any weapons in your possession. For information on bringing firearms into Canada, go to: http://www.cfc-cafc.gc.ca/.

If you are bringing a dog or pet, have the animal’s inoculation or vaccine records such as proof of current rabies shots for your dog.

Non-residents must have one of the following to obtain a non-resident license to hunt in Canada. A hunting license issued by your state will be sufficient, but check each province as regulations may be different.

AT THE CANADIAN BORDER
You may wait in line depending on when you arrive at the border. Immigration officers will ask for your passport and you will be asked a series of questions such as:

Just answer the questions simple and honest and you should have no problems. Immigration Officers have access to your entire life history, including any criminal record, so don’t be surprised and answer all questions honestly.

THE HUNT
Check the weather forecast for the week you’ll be hunting, so you know what type of hunting clothing to bring. Bring the right clothes so that you may dress appropriately and remain comfortable while you are hunting.

It’s entirely up to you when you want to hunt and how long you want to stay out in the woods, but the bears I’ve taken was at around 6:30 p.m. There were days when I didn’t get out in the tree stand until 5 p.m. For me, it makes for an ideal vacation, because I am able to get up early, fish, and then head out to the woods later in the day. I’ve started as early as 11 a.m., but it didn’t make a difference, the bear seem to come out in the evening, so you may as well make it a well-rounded day when you can fish and hunt both. Depending on who you hire, your guide may have your hunting schedule planned out for you depending on his experience and how he has patterned the animals.

SIZING UP THE BEAR
Speaking from experience; bears can be really hard to size up. There are no antlers to tell you how big the animal is. Because many bear hunters are guilty of taking a bear that they thought was much bigger than it actually was, I am going to go over some tips on how to judge the size of your bear before you pull that trigger:

WHAT YOU SHOULD KNOW
In Ontario, the MNR (Ministry of Natural Resources) requires that you hunt with a licensed outfitter or guide. DIY bear hunts are rarely allowed for non-residents.

Your bear permit is usually purchased with the outfitter.
All bear hunters are required to wear hunter orange when traveling to and from your tree stand or blind. So add blaze orange to your list of what to bring. You may remove the orange when you arrive at your stand, but whenever you are en route; you must have an orange hat and vest on.

LEAVING CANADA WITH YOUR BEAR
An export tag costs about $35, and you will need to specify the date and zone of harvest on the tag and whether you are taking the hide, claws and/or meat, and approximate size of the bear.

An export tag must be purchased to export the hide or meat outside of Canada. When you return to the U.S, you will be required to fill out a form for the DNR and the Canadian Bear Permit and Export tag number will need to be filled out on the form.

Whether you decide to hunt over bait or “spot and stalk”, I am certain that your first bear hunt will be memorable and exciting. If you talk to any bear hunter, they will have many stories to share. As my friend Robert Hoague once told me: There are only two kinds of people in the world: Us and the others who have not killed a bear.

For the best in optics and video equipment go to: Vanguard World

An After Scrape Skirmish