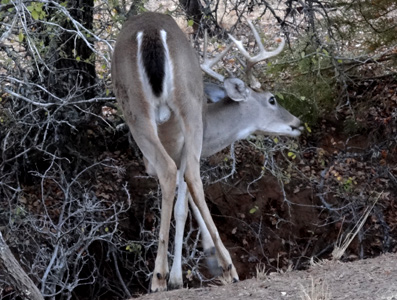 A few years ago my hunting buddy Robbie Cramer and myself purchased a double wide trailer from my then new neighbor. Part of our offer was that we got to hunt on a 40 acre tract of land that is adjacent to my property. Half of this place is a 20 acre farm field that is not huntable because it is wide open. But the field has been planted in oats for many years and we’ve seen a lot of deer in it every year. The remaining 20 acres has a bunch of deer traffic, and in particular buck traffic.

Truthfully, we didn’t care about the trailer, we wanted to hunt the 20 acres. Before the season started this year we went to check our two stands. The gate was locked.

I called the land owner. He said he changed his mind and our deal was off. And he dredged up a recollection of our hunting deal that was quite different than the actual bargain he agreed to, to get our money. He even wanted more money for the trailer that we had paid in full year’s ago.

Personally, I believe that your word is your bond. But from other dealings with this guy I’ve learned that everything with him is strictly lop-sided. When it benefits him he quickly changes his mind.

So I knew that Robbie and I were our out of our small, but nice, place to hunt. Our honey hole was gone.

Also, part of his deal change was that he would not let us drive on the property to get my tripod and ground blind out. So Robbie and I climbed the fence and dragged our stuff to safety.

Then we scouting up a  stand site that was as close as possible to the honey hole. We found a promising place by a ditch, near our shared fence line, and set up my tripod and a double bull ground blind.

I’ve been anxious to hunt it. I took in a SpyPoint game camera and set it up before getting in the double bull. From inside the blind there hare two fields of view, to the front and to the left. Here is the view to the left. The woods is 19 yards off so anything in view is in bow range. 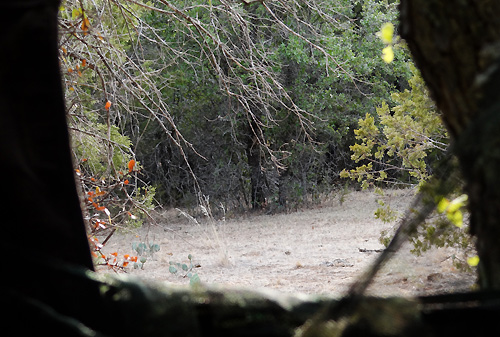 Minutes after I sat down a doe walked up on the left and I took its picture. 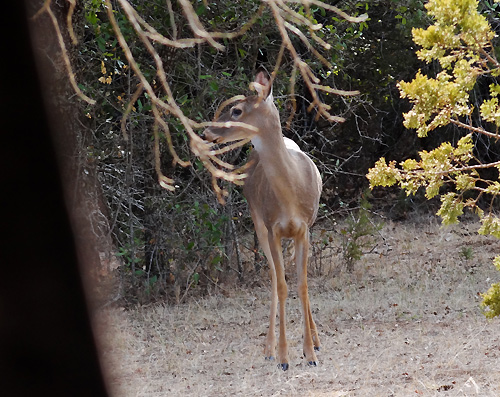 Nothing more happened for two hours. A little after 6:30 I saw a young buck walking along the fence. This area has a ditch and the buck walked through it and came up 15 yards in front of me. 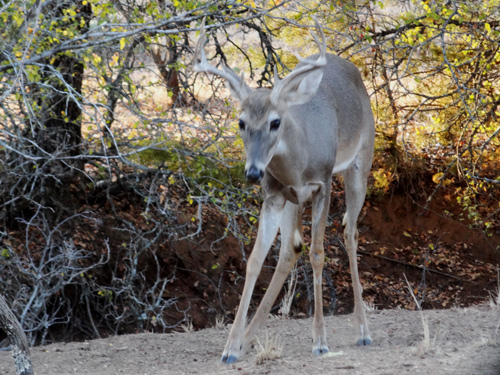 He walked on past me and later showed up strolling by the font of the blind, only a few yards away. 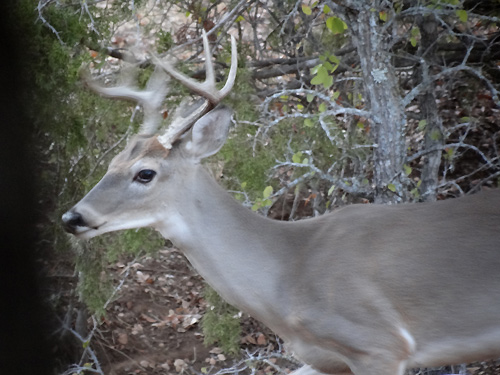 Half an hour passed. A buck came out of the thick trees to the left and walked over to the ditch, came through it, and got its picture taken. This buck was another young 8-point and it has a kicker. 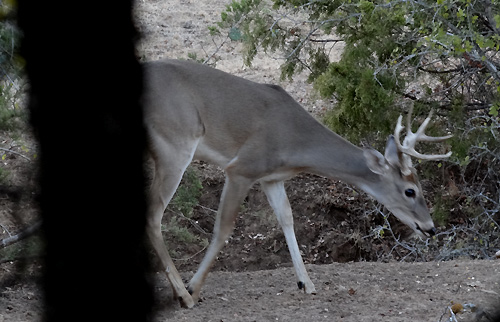 One of the pictures I got of this Kicker Buck was this one. He is standing on the edge of the ditch and his posture is very cool. He doesn’t have a clue he is being photographed. 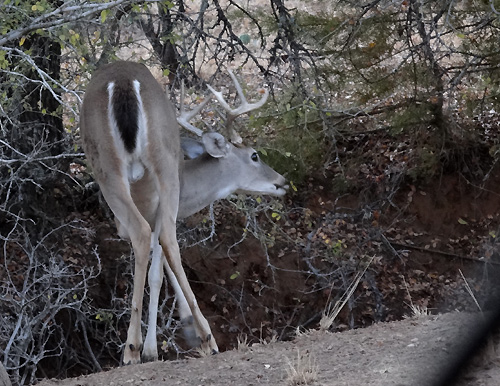 Later another young buck walked along the ditch and I got its picture. 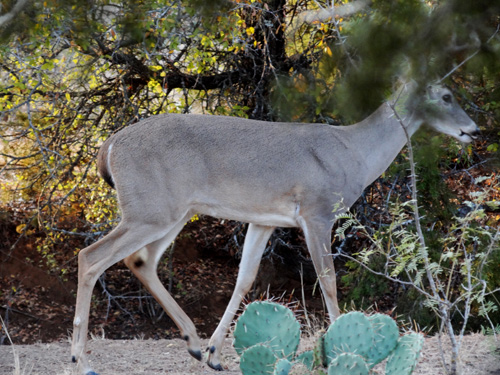 The sun dropped and as I watched it shinning through the trees on the former hunting place, over a dozen deer came through the area where I was. Both bucks and does.

On the walk back to my truck I felt confident that this new place by the ditch had potential. The grass may not be greener across the fence but so far it appears to be pretty green.

Then I chuckled to myself, I’m gonna call this stand site “the Double Cross” stand.