by Mitch Smith
in Bowhunting Posts
0 0
A A
0 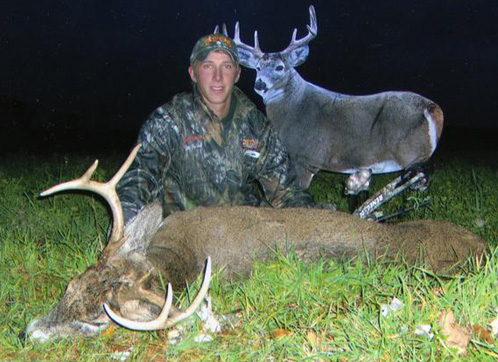 Hey hunters, if you have never hunted using a decoy then you could be missing out.

Using a decoy can be productive at times and bring deer in close for a shot, but you want to be careful on how you place the angle of the decoy, depending on what decoy you choose to use. And sometimes you can alter or change the attitude of the deer when using a decoy.

Now if you are going to be using a buck decoy it is basically the same way except you want to place the decoy either broadside or with the head of the decoy toward you at an angle. Place some dominant buck urine scent onto the rump of the decoy. This will cause the bucks to come in with a more dominant and aggressive behavior.

We think that using a decoy in an area with scrapes, adding the proper scents and using calling techniques at the right time of the year can be a lethal combination. If you have never tried this before and want to try it then just make sure on how you place the angle of your decoy.

Here at Mitch Smith Outdoors we want everyone to have better success. I hope these tips will help you all have better success at harvesting a deer. If anyone has any questions, or comments or if any of our hunting tips has helped you in any way then feel free to contact us we would like to hear from you. You can also visit us at our website. Good luck to everyone this year!

Don't Get Left Behind the Stealth Night Hawk Hybrid

Passing On Our Tradition and the Guy Who Shot My Buck