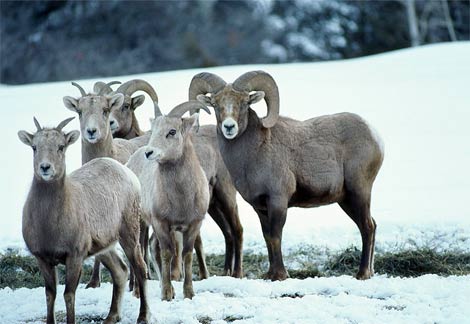 With the national elections now less than a year away, most of us really expected the campaign mudslinging to shift into high gear. Here in Montana, we will elect a new Governor in November 2012, and there will be a lot of jockeying for the state senator and state representative seats. However, the most hotly contested spot in Montana politics will likely be for the U.S. Senate seat currently held by Senator Jon Tester. His primary opponent is current U.S. Representative Denny Rehberg.

The mud is already flying in this battle. And leading the charge against Rehberg is the most unlikely group, calling itself Montana Hunters and Anglers Action.

So, just who is Montana Hunters and Anglers Action? Well, a lot of this state’s sportsmen have been asking themselves that very question. Those who hunt here have watched the quality of the big game hunting in western Montana disintegrate, from some of the best in North America to some of the absolute worst – thanks to a wolf experiment gone wrong. Likewise, many of this state’s fishermen are less than thrilled by fisheries management, especially in some large lakes where an all out effort is being made to destroy thriving lake trout populations, to make room for more of the native bull trout – a fish which many fishermen feel is the trout equivalent of the carp.

Are these some of the issues that concern those making up the 501 (c) (4) not-for-profit Montana Hunters and Anglers Action? Apparently not, their agenda is far more political. Currently, this new group is making an all out attack on Congressman Rehberg’s support of H.R. 1505, legislation which would provide stronger security of America’s borders. The television ad many have gotten tired of listening to calls the bill the “Rehberg Land Grab”, claiming that sportsmen could be shut out of nearly a third of Montana’s public lands.

Chuck Cushman, Director of American Land Rights, says, “A bureaucratic turf war between federal employees is putting national security and private property at risk. H.R. 1505 ends the turf war by giving border patrol agents access to the border on federal lands to do their job. But radical environmentalists who don’t support private property or secure borders are up in arms because this law prioritizes national security over their pet environmental laws.”

Could Montana Hunters and Anglers Action be simply a front for what is really just another radical environmental group? A group with a political agenda? Let’s take a look at those who head this pseudo sportsmen’s organization.

The Director of Montana Hunters and Anglers Action is George Cooper, a senior vice president of a major political lobbying group in Washington, D.C. The President of this sportsmen’s group in Land Tawney, who also happens to sit on the Montana Sportsmen for Obama Committee, and is a member of Senator Jon Tester’s Sportsmen’s Advisory Panel. Elected state senator Kendall Van Dyke (D-Billings) serves as the group’s Secretary, and also sits on the Montana Sportsmen for Obama Committee. Treasurer Barrett Kaiser is a former staffer for Senator Max Baucus, and served as a consultant to Senator Tester’s 2006 campaign.

Theirs is truly a politically driven agenda. But what could be the motivation of a “sportsmen’s organization” which seems to ignore issues which are truly impacting the quality of hunting and fishing in Montana?

Tiptoe through the Montana Hunters and Anglers Action website at www.montanahuntersandanglers.org and it does not take long to realize that this group is all about wilderness. This state is very blessed to have the truly wild places we have. But there are those who feel that we need even more “wilderness” areas. One extremely radical agenda, known as the Wildlands Network, would turn approximately half of the U.S. into wilderness areas or into “Wildlands Corridors”, providing connective passageways for wildlife from one area to another. Part of that big scheme would be to establish what has been dubbed the “Yellowstone to Yukon Conservation Initiative”. This would turn much of western Montana and most of northern Idaho, plus a good share of western Canada, into one huge wild corridor…where human activities would be severely curtailed or eliminated. And dozens of environmental organizations are collaborating to see this through by chipping away at “public use” of “public land”.

Now, a secure border between the U.S. and Canada would kind of throw a wrench into those plans…wouldn’t it? Could it be that opposition to H.R. 1505 by those of Montana Hunters and Anglers Action is due to their zest to “re-wild” the American West? Or does their political agenda go even deeper, with an all out effort to see that Denny Rehberg is not elected to the U.S. Senate?

“These groups will stop at nothing to misrepresent this good law as something it is not, and they’ve already spent a quarter of a million dollars in Montana to spread their lies. If you support private property, and if you support secure national borders, you should support H.R. 1505,” claims Chuck Cushman of American Land Rights.