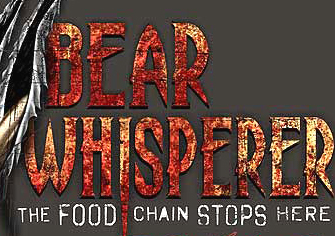 If you’re looking for something new on outdoors television, you will finally be able to see a new show that will change the hunting show industry!  Blaine Anthony is always known for raising the bar when it comes to innovative ideas for producing and editing television shows, and this time, he went way outside of the box!  I know we’ve all been anxiously waiting for “The Bear Whisperer with Blaine Anthony” to premier and it’s finally aired this September 2011.  This is not a hunting show, for those of you who think it’s just another hunting show.  It’s a show about bears, the conservation and preservation of bears (including hunting, rescue, and relocation efforts).  It’s about bear habits, bear attacks and everything you wanted to know about bears from a hunter’s perspective.

The Bear Whisperer mini-series begins with Blaine narrating what is to come in the next few episodes.  Blaine demonstrates tips on calling bears, and talks about his life long experience with bears, and also about highlights of his own personal bear attack.  In upcoming episodes, Blaine makes a visit to two bear dens with the Maine Department of Inland Fisheries and Wildlife to study bear cubs, and there is a never-before-captured –on-film bear hunt with a local Canadian teenager inside of a junk yard infested with bears.  The teenager, Marti Andrews, is the daughter of Jacqui Haukeness, a Canadian owner/outfitter of Rugby Lake Lodge.  The outfitter features year ‘round activities such as fishing and hunting (bears, moose, wolves, deer), on their exclusive section of the remote Canadian terrain near Dreyden, Ontario.  Hunting in the junk yard is off-limits to non-residents, but Marti is an Ontario resident and has access to it, and she has seen large bruins there.  In fact, the bears visit this junk yard every day, because a jelly truck has been dumped there after a vehicular accident, and this has been a treat for bears in the area. 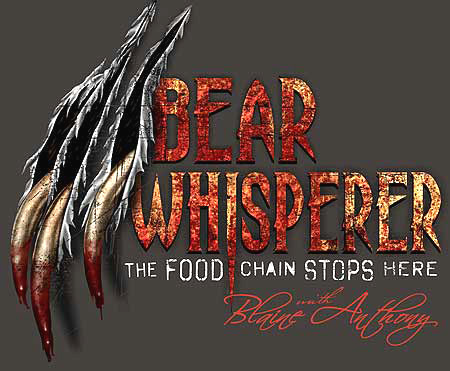 Blaine Anthony and his cameraman, Jason Lamoreau joined Marti Andrews to capture her hunt on film, inside of a semi-trailer.  Things take a serious turn for the worst when a huge angry bear doesn’t like the 3 hanging out near his jelly truck.  The bear’s massive size is alarming as his head stands well above the bottom of the trailer, and he is very agitated with the 3 individuals inside because are too close to his delicious jelly.  The bruin tries to jump up into the trailer to confront the very nervous young girl, who begins to draw her bow back.  Everything is happening so fast.  She looks to Blaine for advice and he can’t figure out why she hasn’t shot him yet!  “Shoooooooot”, yells Blaine.  What happens afterwards is unspeakable, well, because you will need to tune in to see what happens.  I don’t even know what happened and I was on this Canada trip with the crew when this was filmed and I also hunted with Marti in the junk yard on one of those days, so you will find me in anticipation of the upcoming episodes.

Blaine was a bear hunting guide for over 12 years in Maine and, has over two decades of experience being around bears in every capacity.  The truth is I don’t think you are going to find anyone who has a more well-rounded experience with bears from the hunting-industry perspective.  If you watch the show, you’re going to learn many things about bears that you won’t find on any other television show.  We all know that we can harvest bears with a 55 gallon drum full of food, but on the show, you will see bear behavior that is rarely captured on national television.  Blaine has been receiving numerous calls and emails from sponsors overwhelming interest in the show, but good luck as more and more companies are having a hard time getting airtime because the show has captured a huge audience.

Please visit the Sportsman Channel and The Bear Whisperer website for show dates and times. You also won’t want to miss the highly awaited episodes of Blaine’s own bear attack, where he admitted he fully deserved being attacked because he put himself in that position and got what he was asking for!  The first few episodes have been epic and it’s a unique new show that offers nice change of pace and perspective to hunting television.