by Robert Hoague
in Bowhunting Blog, Deer
1 0
A A
0 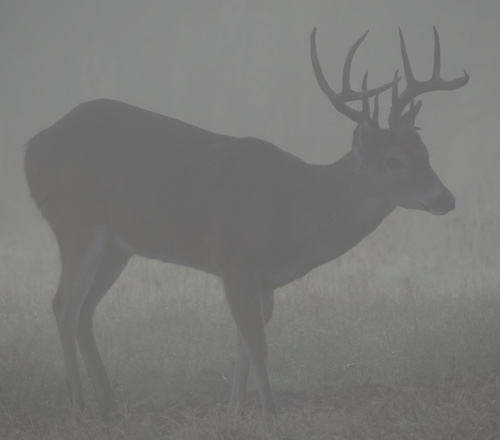 I got into the blind early in the morning. It was big time foggy out and it took longer than usual to see around me. Everything in view looked gray and void.

Finally I saw something in the fog, barely. 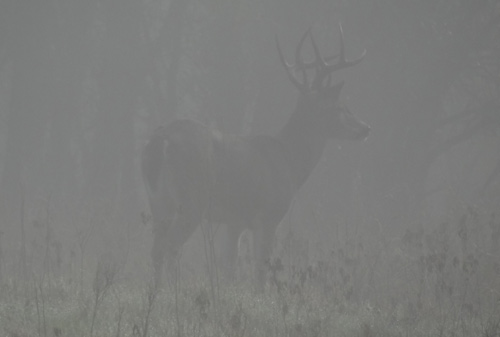 It was a buck all right. I picked up my bow and adjusted the rheostat on my Cobra bowsight until my top pin was the brightest green. Apparently, the buck didn’t have any problem seeing in this thick fog and he walked closer. 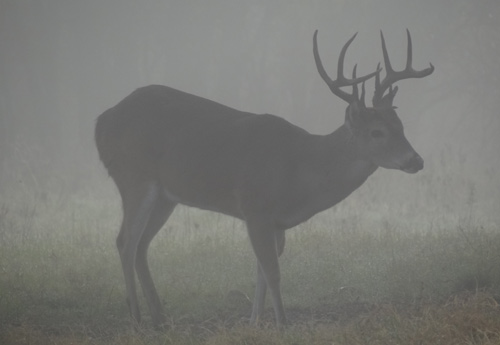 He continued walking and I distinctly saw the double brow tines. It was him. You will probably think I am nuts but I didn’t want to soot him in this heavy fog. I simply could not distinguish his details clearly enough to put it, for sure, in the vitals. 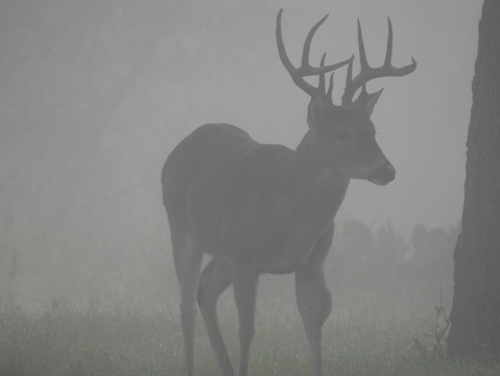 dfghjI didn’t have time to think about it much, he came in to about 18 yards and then walked back the way he came. Then he stopped and peed on the ground. 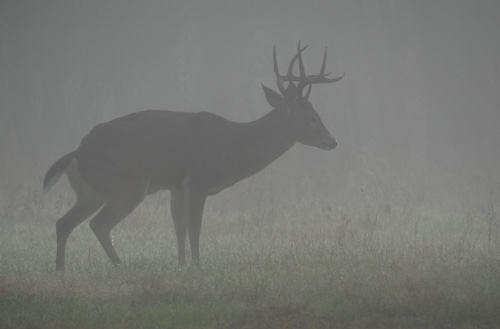 And then he turned and walked away. 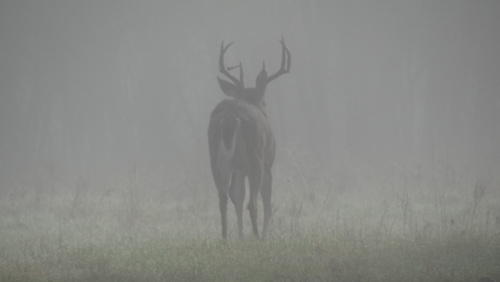 The fog held and an hour later I took this picture of some does that came in the area. 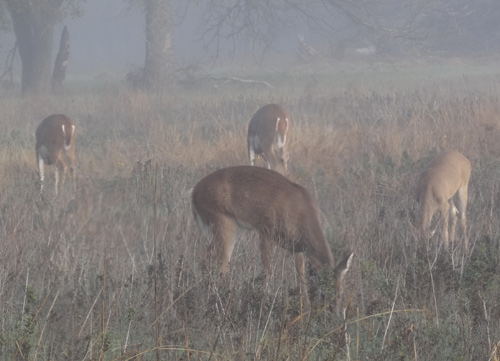 Later on I walked back to the house. It was a very exciting morning. I had a shot opportunity but not a good enough one in my opinion. Like the old saying goes, you make the bed you sleep in. And I slept in it this morning. Maybe this afternoon I will see him again. Or tomorrow.