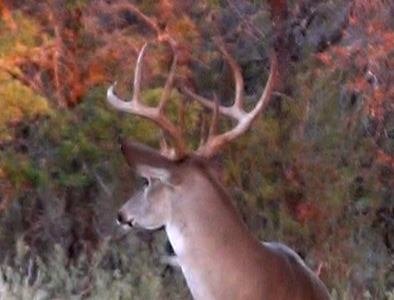 I waited patiently, watching the area in front of me. A sixer came down the hill and stopped in front of me. Ooops, a deer came around the right side of my blind and surprised me. It was him, the Double Brow Tine buck.

He walked briskly past the sixer and kept going into the woods and out of sight. If I would have been ready I wouldn’t have been able to get a shot off. 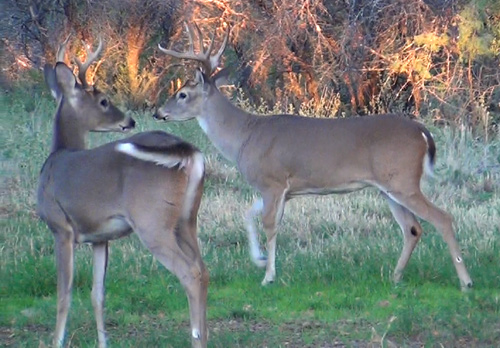 The sun got a little lower and the streaks of its light dissapeared. It was officially deer-30 now.

Two does caught my attention as they ran into view. 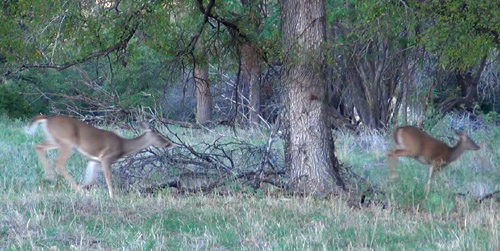 Bringing up the rear behind them was a buck. I glassed him quickly and saw the double set of brow tines. I turned on my video camera. 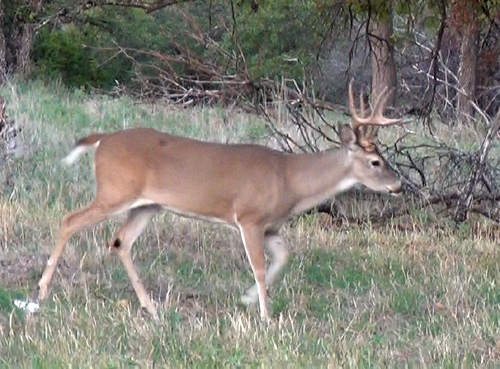 One of the does pealed off and came over by my blind. Double Brow Tine followed her and they came to a stop 10 yards from me. I got them in the video view finder and took a couple of pictures. 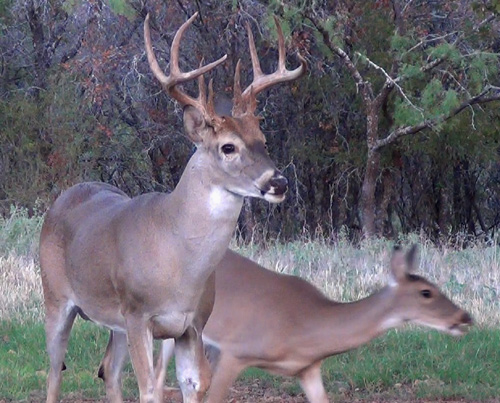 I zoomed in for another close up of those cool brow tines and that weathered, battle scared face. 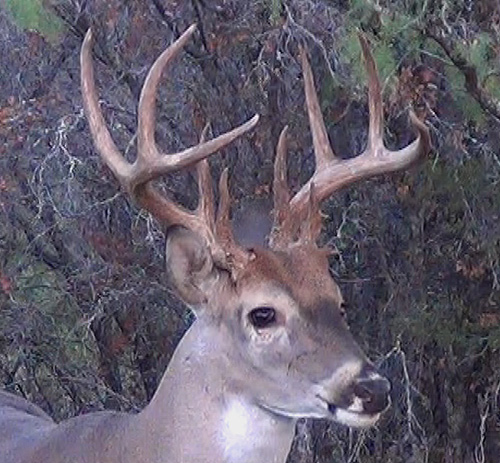 He was quartering toward me. Definitely not a shot angle I would take. The doe was not interested and he looked into the woods. I didn’t see anything in there but didn’t know if he did or not. 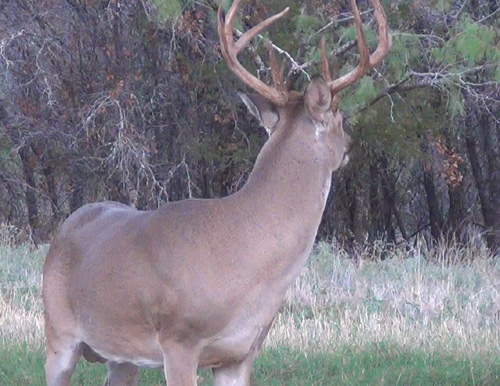 I had my bow in my left hand and rested my camera on the top cam to take pictures. Finally he turned more broadside. But, unexpectedly, he kept on turning and started walking. It looked like he was leaving. 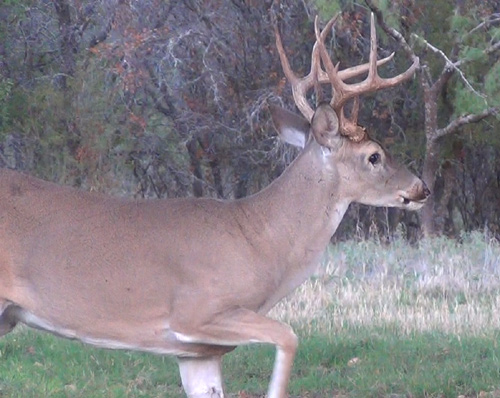 But he went less than 10 yards and stopped again. This time he was broadside.