by Tracy Breen
in Bowhunting Posts
0 0
0 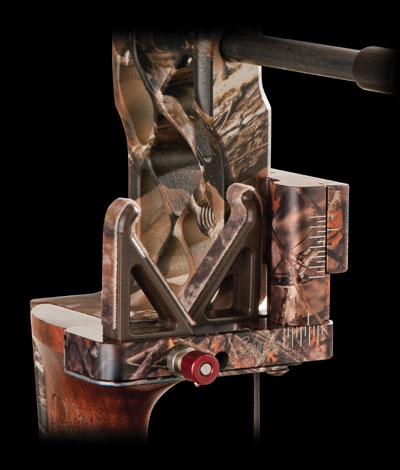 Schaffer Performance Archery is proud to introduce the new Opposition Lite Arrow Rest. The Opposition Lite is 20% lighter than the previous Opposition arrow rest and tips the scales at a mere 3 ounces.545trr

The new Skeletonized Jaws look great and are lighter than the previous jaws. Besides the new jaws, other great features include optional button colors of red, green or black so the rest can match your bow and the accessories on your bow.

The Opposition Lite comes with your favorite features that are found on the original Opposition arrow rest including Dual Jaw Technology. The rest has two jaws: one jaw squeezes the arrow from the left and one jaw squeezes the arrow from the right. When the bow is fired, each jaw glides out of the way, allowing the arrow to pass between the jaws without touching the rest. The jaws can’t bounce back so arrow and vane contact is a thing of the past. The rest can handle arrow speeds in excess of 418 FPS!

The rest is whisper quiet, easy to paper tune and since the jaws pinch the arrow into the center of the rest, every time the bow is drawn, the arrow is locked into place. So regardless if a hunter is stalking a mule deer or shaking like a leaf aiming at the whitetail buck of a lifetime, the arrow will not shake, wobble or vibrate. It is locked into position. The jaws on the Opposition Lite rest are made of bomb-proof Delrin which can handle anything Mother Nature can throw at it.