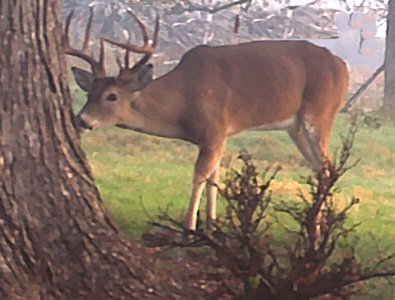 Four days into the Ohio Writers Camp hunt I received a text from my neighbor Perry Wicker. He had just seen the Double Brow Tine buck chasing does in the hay field near my house … and was just fine. There was a small cut on his left front shoulder. He didn’t have a limp but Perry said he had a big knot on his left front leg. But, as I showed you in previous pictures, that knot was there already.

This was good news.

When I arrived home I checked my game cameras to see if he was in any of the pictures. He was not so I hopped from one stand to another, with no results. However, on December 22 he showed up on one of my 3 SpyPoint game camera in my food plot area. 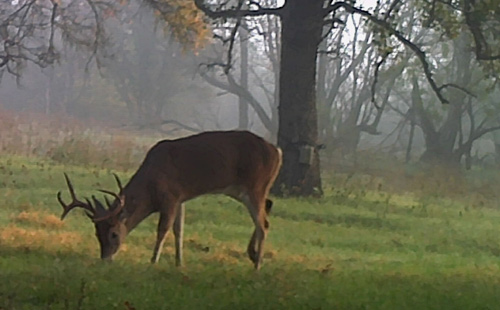 Camera #2 picked him up also. 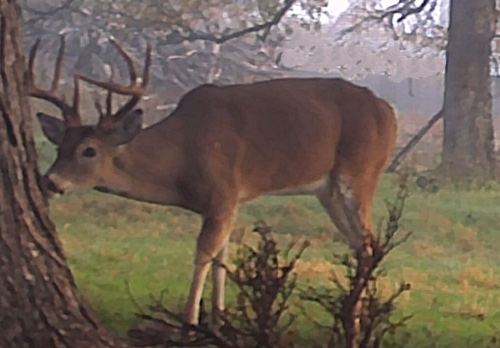 He walked around the tree and checked a doe that is closer to the camera. 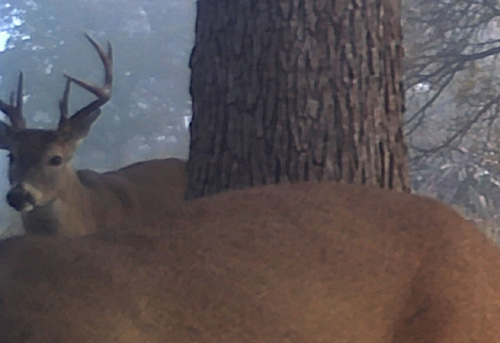 And he left the way he came. 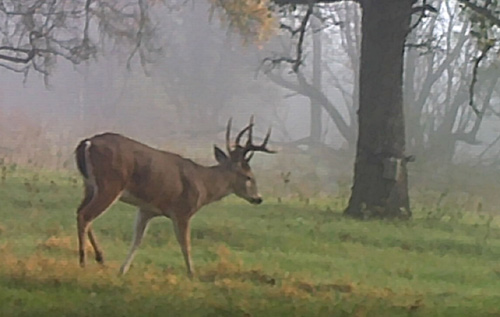 I checked the blind to be sure everything was ok. Something had gotten inside it and made a big mess out of the few things I have inside it. I fixed it back up.

That night I barely got any sleep again.