by Tink Jackson
in Bowhunting Gear
0 0
1 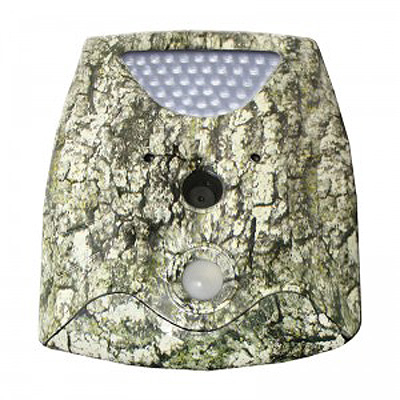 Out Of This World Looks And Performance

Now that we know what the technical claims are for this camera, let’s talk about what we found it can really do. Top to bottom, this camera was a rock solid performer. This version of the Hunten cameras has more than everything anyone could ask for, and Hunten has done a great job of putting it in a rugged, dependable package.

The 56 LED lights worked just as advertised, and in most cases, well beyond the range listed. We used these cameras in a couple of vital areas where we knew we would be seeing the animals we would be after during our hunts daily, but had issues getting a camera mounted close to the trigger spot. In each case, the flash range provided more than enough light to make the subjects visible and the pictures very useable way outside of the advertised range. We had subjects out to 90 feet and more on pitch black nights that were recognizable and clear in our photos. Overall, the flash system on this model definitely exceeded our expectations.

The PIR sensor worked better than advertised as well. The specifications on the camera listed the PIR range at 60 feet. We had numerous photos where the subject triggered the camera at over 90 feet. The GSC20-70IR does not have the ability to change the PIR sensitivity, so you better make sure that you do not have any moving branches, brush or tall grass in the camera field of view as the sensor in this camera will pick up every movement in front of it. As advertised, we would rate the sensor system in this camera as a touchy very good.

The trigger speed was as advertised. The specifications listed the response time at 1 second, and we captured numerous front half photos even when we placed the camera at a 90 degree angle to the trigger spots we wanted! We did not experience any back half photos or empty photos with this camera.

We found the recovery time to be as fast as 3 seconds in burst mode. Recovery time was slightly slower at night, but we had numerous multiple shots at night of animals moving at an average to fast rates of speed. The camera can be set for bursts of up to 4 photos per trigger.

The photo quality was excellent. Each picture was clear and sharp with plenty of detail and color. Of all the Hunten models we used, the GSC20-70IR provided the best daytime photos. We especially liked the night pictures and low light pictures the Hunten cameras provided. The Hunten light sensor was the best that we found, triggering the IR flash earlier in low light conditions than any other camera. This provided for the highest quality dusk and dawn transition photos that we captured. Dusk and dawn are when most animals move from feeding and watering areas to bedding areas, and the transition time photos from the Hunten cameras were excellent. Each picture is date and time stamped, with moon phase and temperature.

For those that use their trail cameras to record videos, this camera has the ability to record standard AVI video clips at 640 X 480. The videos were clear and added a great dimension to this camera. We got some really good, quality looks at a lot of good animals with the videos from this camera.

The Hunten cameras operate on 4 C cell batteries. Battery life was above average compared with the other cameras we reviewed. After 4 months and over 5000 pictures, the camera was ready for a new set of batteries. Of course, battery life is very dependent on the number of pictures the camera takes, and whether they are at day or at night.

The Hunten GSC20-70IR is easy to program. The program buttons and backlit LCD display are accessed by sliding the camera down out of the protective housing. The backlit LCD was very bright and easy to see, as long as you were at eye level or lower with the unit. We noticed that if you looked from above at the LCD, you could not see much. This was not a big problem once we figured it out and placed our cameras a little higher accordingly. The buttons are big buttons and easy for us big guys to use.

The SD card slot is located right in the middle of the unit below the buttons, and for those of us with big fingers is kind of hard to access. The camera, once set, is slid back up into the housing and latches in place. The latch then serves also as a lock point. Upon first inspection, I imagined those latches breaking fairly easily. I was pleasantly surprised to walk up to one of these cameras one morning and find the camera strap ripped off of a tree, the cable that secured it twisted a million times it seemed, and the camera still safely secured with the lock and cables that had been placed through the latch. Once I placed it back on the tree, you could not tell it had ever been harassed. The housing is rugged and strong for sure!

The Hunten GSC20-70IR comes with a separate mounting bracket that attaches to the back of the camera and makes mounting this camera to any tree easy and solid. The camera holds its mounted position through wind and bear attacks! The housing is extremely durable as well. We had a number of bears chew on these cameras, and ended up with no more than a few small scratch marks on the housing. The bears thoroughly abused the Hunten cameras, and they stood up to every test the bears put them through.

The Hunten cameras also can also be equipped with a rechargeable battery pack and solar charger. While setup and positioning with these extras takes more time and effort, it sure is nice to not have to worry about purchasing batteries in the units we tested the solar charging system on. The battery packs maintained full charge and worked perfectly. We did not test the solar charger and external battery pack in bear country for obvious reason.

Overall, I would recommend this camera to anyone looking for a camera in the $150 price range. This camera is extremely durable, takes very high quality photos both day and night (with the superb Hunten transition time photos) will really reach out there with its IR flash, and had the longest range PIR sensor of any camera we reviewed.

For more go to: Hunten Outdoors