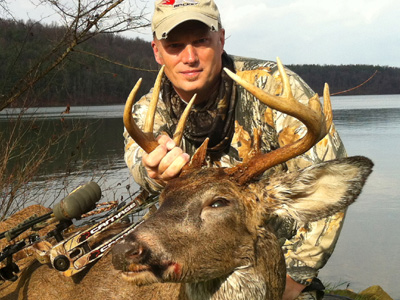 This day Brent Henderson and I took the canoe over to the remote set-up in Danger Bay. Contrary to our expectations we both came up dry. Not even a doe to be seen.

Later that day Brent and I moved 6 miles down the lake to a steep ridge that ends abruptly above Beaver Bay. This was mostly to get Brent a good set-up in motion. We discovered a beautiful Red Oak ridge with acorns littering the ground. We discovered two hot scrapes near the point and prepped a climber tree for the next morning. 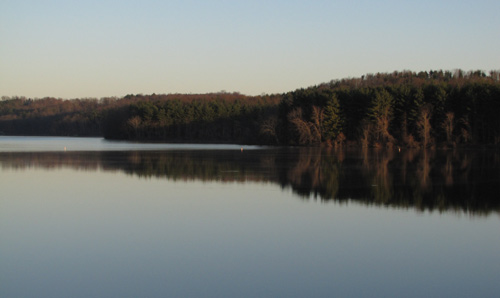 As we left the ridge, we split up and I followed a shallow gully down to the main drainage creek. On the way I intersected two trails that were muddy ruts. This was a hot spot. I told Brent about the hot trails. He had hunted this same local and selected a multi-trunk Wild Cherry tree that sat just below a dense tangle of grape vines. Brent set-up a hang-on there for this afternoon’s hunt.

Just prior to dark a 10-point buck cruised down one of the trails and Brent sent Mr. S. W. Hacker over to intercept the buck. The broadhead sissored open after the bone chisels blew through the shoulder blade and sliced enough open that the buck only traveled 25 yards before stopping, losing consciousness and tipping over. Brent had his buck.

Donn Chapman also had a memorable night over on my farm. This evening he was sitting in my favorite ladder stand which is nested on a straight trunk of a 6 trunked Wild Cherry tree. It is like you are in a big cage when you get seated in the Gorilla ladder. The stand is set at an intersection of two clover roads and just above the big lake. The view is exceptional and so is the deer traffic at this location. The prevailing SW wind cuts across an open pasture and blows out into space behind the stand. The deer are nearly always up-wind as they travel past this stand. 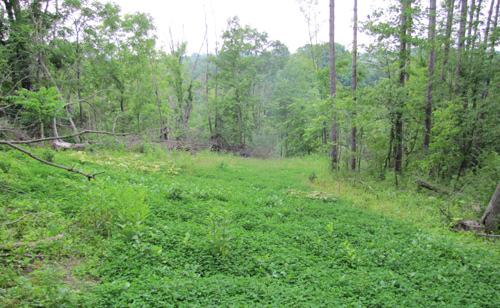 As Donn sat there and 4:15 approached he noticed movement down the clover road toward the big food plot. A monster with a tall white rack was strolling down the green road. The buck turned and took the far right option which put him on a collision course with Donn’s stand. The challenge was that the multiple trunks on that side of the tree were closer than his crossbow limbs could fit through. The buck approached totally unaware of his peril and at eleven yards he paused … but the pinch factor of the trunks precluded Donn’s shot.

At this point Donn said, “The antlers went up from everywhere. It looked like a 12 or maybe even a 14 pointer.” Then the buck turned and walked away down toward the lake so Donn could watch him for a very long time. Although the buck didn’t come home in Donn’s truck it did come home in memory. Chapman said, “Probably the biggest buck I’ve ever seen while hunting”. That’s Ohio for you. 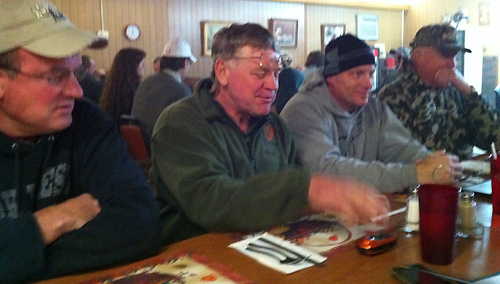 We had dinner this night at Raiders Restaurant in Freeport. Mike Middleton had brought some mega catfish filets from Santee-Cooper Lake in SC along for this special dinner. Chef Steve cooked it up 3 ways and we ate until we were all puffed up like a road killed doe on a July day.