by Toby Bridges
in Bowhunting Posts
0 0
0 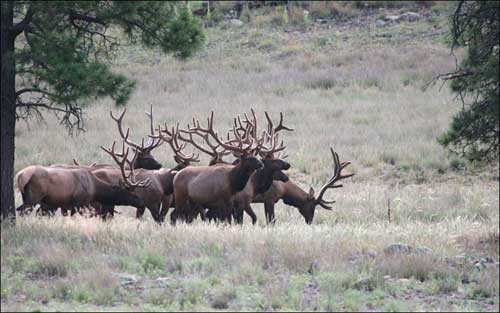 Below is a news/press release issued this morning by Save Western Wildlife, charging the Idaho Department of Fish and Game of violating state statutes and collaborating with staunch environmental organizations/groups in an effort to remove the sportsmen of the state from their role in wildlife management.

IDFG has worked hand in hand with numerous such groups through an effort known as the “Yellowstone to Yukon Conservation Initiative”. The goal of this project is to establish a huge wild corridor running from Yellowstone National Park, up through much of northern Idaho and western Montana, along the Rocky Mountain chain north to Yukon and Alaska. The goal is to establish a near humanless corridor for allowing wildlife, primarily large predators, to move freely anywhere in and along this corridor. The Y2Y effort calls for elimination of a large percentage of the infrastructure (roads, bridges, entire communities, etc.) which has taken decades to establish – and to allow nature to balance itself. An area three times the size of California would be returned to wilderness, where human activity would be severely curtailed or eliminated altogether.

For more on this environmental pipe dream, go to www.y2y.net

And that also means the end of the modern wildlife management practices which have served the U.S. and Canada so well for the past hundred years. Has the Idaho Department of Fish and Game bought into all of this? Apparently so, this sportsman funded and supported state wildlife agency is listed as a collaborator of the Y2Y initiative. Many sportsmen have long felt that IDFG played far too willingly a role in introducing Canadian wolves into the northern U.S. Rockies, where those wolves have literally destroyed the past 75 years of wildlife conservation, resulting in the loss of 80-percent of the elk herds in many areas, along with the near total loss of moose, and dramatic losses of deer.

One of the Y2Y policies reads as follows, “The Yellowstone to Yukon Conservation Initiative neither endorses nor condones the hunting of carnivore species such as grizzly bears, black bears, wolves and cougars.” This was taken directly from their website.

Among the long list of other collaborators is also Montana Fish, Wildlife and Parks – another state wildlife agency which has been charged with failing to properly manage predators, and abandoning the sportsmen who have footed the bill for wildlife conservation efforts in this state. Many Montana sportsmen accuse MT FWP of literally violating the state’s constitution, which calls for insuring proper wildlife management to provide quality hunting opportunities for the citizens of this state. Like next door in Idaho, MT Fish, Wildlife and Parks is now working hand in hand with radical environmental groups which are extremely anti-hunting. Other collaborators of the Yellowstone to Yukon Conservation Initiative include Defenders of Wildlife, the Wildlands Network, the National Wildlife Federation, the Natural Resources Defense Council, the Sierra Club, and the Wilderness Society, along with dozens of others who are extremely anti-hunting – and who have worked hard to close off large areas of public land from recreational use, to allow large predators to spread even farther, and deal big game populations an even harder blow.

Another Y2Y collaborator is the University of Montana – where many of today’s new wave wildlife managers are educated…or perhaps brainwashed.

The sportsmen of this country must rise up and be heard. It is time to put an end to such idiocy. Following are the e-mail addresses for the Governors of Idaho and Montana. Please take a few minutes to write them an e-mail, and demand that the wildlife agencies of these two states immediately withdraw from the Yellowstone to Yukon Conservation Initiative. These agencies have stepped way beyond their authorized missions, and it’s time to remind them of who they work for and who has financed them all along.

If you would, please “Bcc:” LOBO WATCH on your correspondence. Don’t put it off, please send them a separate or collective e-mail right now.

Save Western Wildlife recently learned of Idaho Department of Fish and Game (IDF&G) plans to hold a Wildlife Summit. We believe the department is attempting to change the direction and management of Idaho’s big game by removing hunters from the public process.

The department has failed to manage wildlife as directed in Idaho Code: 36-103 and has violated the law by not first going to the Legislature as required. IDF&G has not followed the National Environmental Policy Act (NEPA) guidelines, and the required flexibility studies have not been conducted. IDF&G has entered into collaboration with environmental organizations with the intent to bypass law and rebuild the IDF&G’s mission, without first going to the Legislators.

IDF&G must go through the Legislative branch to make any changes to the mission statement, or the Legislature must pass law that gives IDF&G the authority to make the direction changes they desire.

SWW was informed that IDF&G managers are secretly negotiating with non-hunting organizations to allow these non-stakeholders to change the mission of Idaho’s big game management strategy. It is hunters who have financed Idaho’s greatest wildlife success story and Idaho’s hunters are the stakeholders of this institution. Idaho’s hunting residents and nonresidents have invested over 80 years of equity to build both sustainable hunting populations of wildlife and viewable wildlife for non-hunters. SWW charges the department with attempting to exclude Idaho’s wildlife investors, with contemptuous disregard for their on-going investment.