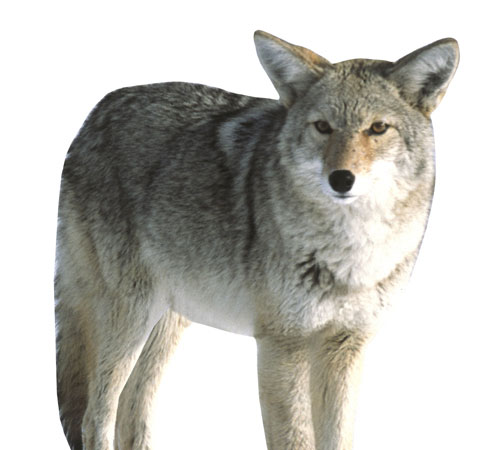 you a better deer hunter …

Folks who watch our show, Beyond the Hunt, probably know my wife, Julie, and me best as deer hunters. However, I grew up shooting a lot of predators — especially coyotes.

I’ve watched as predator calling has become more popular the past few years. I also have heard from many deer hunters who haven’t tried it even though their properties are teeming with coyotes. That’s too bad, because not only is predator hunting a blast, it can improve your whitetail hunting.

Coyote populations have exploded across the country. This is what is driving the recent surge in predator hunting’s popularity. It’s also definitely a big factor in deer herd dynamics. Coyotes are a major predator of fawns, and predator hunting and trapping help managers steer deer numbers on their properties.

Coyote control is also a huge boon to landowner relations — especially in the West. It’s amazing how an offer to help with coyote control during calving time can show a farmer that you are looking out for his cattle herd.

So coyote calling is a multi-pronged opportunity: First, you get the benefit of helping the deer herd. Second, you get a chance to improve landowner relations. And finally, it’s just plain fun.

Julie and I love to hunt, and calling coyotes is extremely exciting and fulfilling. But it’s also educational. You can learn a lot about hunting any kind of big game by matching wits with predators. That starts with choosing a property to call.

Coyotes are similar to big game animals in that they spend their time in locations that offer safety and food. And, just like big game, a coyote’s food preferences change with the season.

We like to do our calling in fall or late winter. Actually, we’ll go any time, but it is often based on our schedule.

Fall is a great time to call because young animals aren’t as seasoned. They haven’t been pressured and are more susceptible to calls. At this time, their main food source is usually small game such as rabbits. Because of that, we focus on that food source and look for areas with good small game cover.

During late winter and spring, the food source shifts. Coyotes become more interested in calving and fawning grounds. From whitetail hunting, we usually know about these areas. In the West and Northern areas where deer yard, these spots can carry large concentrations of does.

We try to look for these areas, and then fall back on our ranching background to know when cow herds are going to start calving. This allows us to eliminate a lot of areas where calling might be less successful. Whitetail hunters will probably understand this approach. The predators are honing in on food sources, which are going be fawns or deer that are struggling through a tough winter.

Just like big game, the coyotes want to be close to food to try and stay healthy, and they’re going to stay in areas that provide them with shelter and thermal protection. If you find a good south-facing slope that is open to sunlight but provides cover from a northeast or northwest storm try calling it. This type of cover will keep coyotes warm and protected. Plus, it will draw and hold their main food source.

Budding predator callers can also take their deer hunting knowledge and apply it to coyote hunting.

For example, scent control lessons learned in the deer stand can help speed you along your coyote calling learning curve. Predators, like deer, live and die by their noses. Every setup must take scent control and wind direction into account.

Decoying and calling strategies also come with some crossover. Obviously, when you’re calling coyotes, you want to remain motionless and scent free because you don’t want them to pick you out. You might also want them to focus on a decoy, whether that’s a faux jackrabbit or a coyote with some fake food item in its mouth.

There are a lot of decoys on the market to mimic different scenarios ranging from a food item, a feeding coyote or an intruder coyote that is infringing on the area.

Like mature bucks, coyotes can be very dominant. They will come to calling and decoys to defend their area.

Of course, just like in deer hunting, the first step to success is staying undetected. Whether you are just calling or are also using a decoy, you want the coyote’s focus on the decoy or sounds. You do not want them to focus on you. This means you must play the wind just like you would setting up in a deer calling or deer decoying situation. You want to have that decoy in a spot where the animals can see it but not catch your scent.

You can also count on them trying to circle downwind.  You need to make sure that you set up so that the coyote puts itself in range before it gets downwind.

Remaining scent-free is tremendously huge. I think some callers get a little bit lazy when it comes to scent control for predators. They think that they can be a little less diligent with their scent-control practices than they would if they were deer hunting. But I think if you’re going take it seriously and be successful when it comes to shooting predators, you have to be just as dedicated.

I use the same Scent Shield sprays and ScentBlocker Cold Fusion clothing I use when deer hunting. The big change I make is to really layer it up. A lot of calling situations call for a fair amount of walking, so you must layer your clothing to keep from getting too hot and sweated up.

A lot of times, predators are probably even more sensitive to smell than a mature whitetail buck. If you don’t take that into consideration when you leave to go out, I think you’re hobbling yourself when it comes to opportunities for success with predators.

I tend to apply what I know when it comes to hunting a savvy whitetail to hunting predators. But when you’re talking about choosing calling sounds, the predator hunter has so many more options than someone who is calling deer.

To start with, the most common predator calling sounds appeal to a coyote’s hunger. That doesn’t happen in deer hunting. We don’t mimic the sound of alfalfa growing.

The second option is to mimic coyote sounds. This might be easier for a deer hunter to understand. Mimicking coyotes can play on aggression, breeding urges or even parental defense.

Dominance calling can be a lot of fun during the mating season, but they have to eat all the time.

I think that’s why I usually choose to go the distress route. I can count on those sounds working for most coyotes throughout the year. Dominance calling can work, but it can also backfire depending on the status of the particular animal you are calling to, or even because of the time of the year.

Part of the fun of predator hunting is the excitement. The coyotes aren’t just ambling by. You are calling them in and they are coming in to eat. For me, that makes getting them in really close a lot more exciting. That’s part of the reason I rely so heavily on scent control: I do like to get them close.

In fact, I’ll even go to my bow to limit my range. Shooting coyotes with archery equipment really is the ultimate high. It’s not easy, but it is so much fun.

For my typical archery set, I like to have a decoy in a higher position than me. The idea is to make it super visible away from where I am hidden.

I want the predator to look past me. Coyotes are so sharp, if you put the decoy out in front of you, when they commit to it and you’re behind that, they’ll catch you because you are still in their line of sight. So when I’m trying to shoot one with a bow, I really like to have that decoy set behind me and off to one side or the other. That way, I’m not in their direct line of sight when they’re focusing on that decoy.

This is really effective when the coyote is coming from a  lower vantage. It allows you to use the terrain to put obstacles between your hideout and the coyote, while still letting it see the decoy.

For example, a ridge top would be a great place for the decoy and the hunter would then be 20 or 30 yards in front of that decoy, using the terrain to block the coyote’s view.

Then, I can pull my bow back when the coyote is blocked by the terrain and allow them to enter the red zone where I can make the shot when they’re still focused on that decoy.

It’s definitely a lot more complicated than decoying a whitetail from a tree. In a tree stand, you have a vantage, and deer don’t typically look up, especially if they’re focused on a decoy on the ground. However, the principle is similar. The difference is you’re down on the ground using the terrain that’s available to get the coyote to look up.

At the end of the day, for Julie and me, our experiences are defined by the challenge of the chase. The hunt is not necessarily defined by the kill. I think chasing predators with a bow is one of the ultimate thrills for a bow-hunter. To take a coyote with a  bow is tremendously taxing. You have to get so close; they’re a smaller target; they’re very savvy; and they have the eyesight, nose and hearing. It all adds up to an amazing challenge. That really is what hunting is all about for us. And in the end, if we get to learn a little bit about ourselves and how to be better hunters it’s just that much better.

Rick and Julie Kreuter co-host Beyond the Hunt and hail from Wyoming. 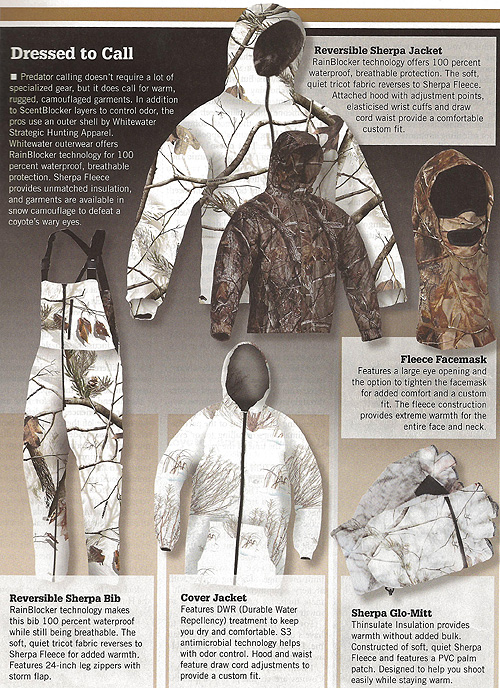 Laying Out your Food Plots.

Laying Out your Food Plots.