by Rick Philippi
in Bowhunting Gear
0 0
A A
0 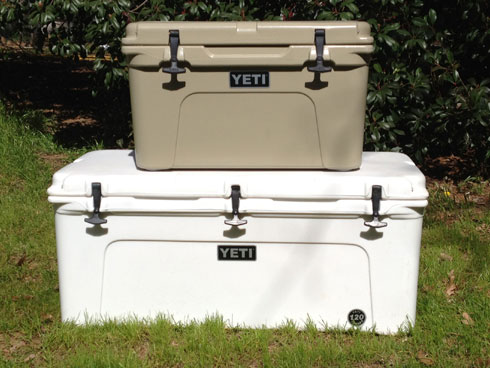 I have been hunting for years and what I am about to tell you is some of the most exciting news I can share with bowhunting.net readers. I FINALLY found a cooler that will keep things cold.

That’s right, COLD! The name of the cooler is YETI. Over the years, I have purchased dozens of coolers to be left disappointed at their performance. I have purchased coolers that exceeded $100 just to be frustrated and let down. I was fed up and accepted there would never be a cooler out there that would be worth a flip.

Let me explain how I was introduced to Yeti. I live in Texas where our summers are brutally hot. Last summer I was at my ranch to do some work in preparation for the upcoming deer season. The temperature was hot, around 110 degrees. My good friend Colby Ward also had been out at the ranch preparing for the hunting season; in fact, he was there three days prior to me arriving.

After two days in camp, the ice in my coolers had totally melted and all my food was getting warm. Colby said “Check out my Yeti cooler”. Now, keep in mind, he had been there three days prior to my arrival. Walking over to his cooler, I opened it and to my amazement the ice had not melted and all of his goods were still cold. I was shocked. I could not believe what I just saw! I figured the only way a cooler could keep the ice from melting and the food spoiling in that heat was if it was plugged in.

A few days later while at home, I clicked on the Yeti web-site and did some research of the features and benefits of this fantastic product. I would like to list a few that really caught my attention.

All Yeti coolers are rotational molded which means uniform wall thickness, heavier and sturdier corners and superior overall resilience. This is the same technique used to make whitewater kayaks. There is also a minimum of two inches of YETI’S polyurethane foam throughout the cooler body (3“in the lid) providing superior insulation. Included are heavy duty rubber T-latches that will withstand a pounding and last for years. What’s cool is the latch keepers are molded into the body and will never break. Yeti coolers have a screw-in gasketed drain plug that is leak-proof and designed to drain when partially open without removing the plug. All Yeti Tundra styled coolers are certified bear proof by the Interagency Grizzly Bear Committee. Here is what Yeti lists as features of their Tundra Coolers: 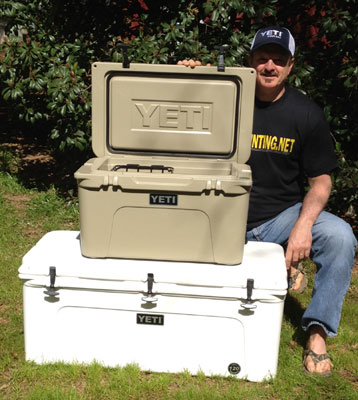 I will sum up by saying that I now have two Yeti coolers and they are in a class of their own. I will never use another cooler as long as long as I live. As I alluded earlier, I have bought coolers my whole life and I finally found one that works. I will never be without my YETI. check em out at: Yeti Coolers
Safe Hunting,
Rick
www.yeticoolers.com

Hang It, Wet It and Forget It for a Full Year

So, What Is Jim Crumley Doing These Days?