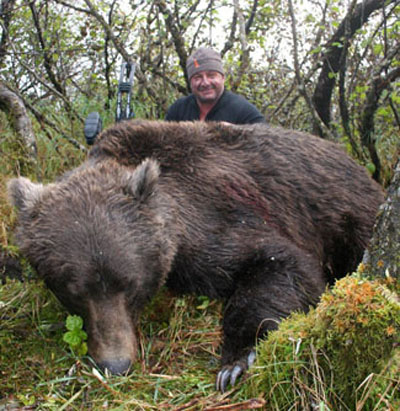 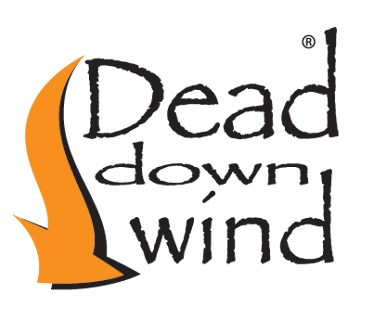 Dead Down Wind is excited to announce its hunting series, “Live the Wild Life” is now airing on the Pursuit Channel. “Live the Wildlife” takes viewers to remote destinations throughout the U.S. and the world for big game and big adventure.

Never accused of doing anything halfway, “Live the Wildlife” host Gus Congemi brings that same die-hard attitude to each and every episode. No hunt proves that more than the November 2011 hunt during which he harvested the new SCI World Record Archery Brown Bear. Congemi took this magnificent animal at 5 yards. The entire adventure was captured on video and will soon air on an upcoming episode of “Live the Wildlife.”

Although he’s primarily a whitetail hunter, over the last few years Congemi has expanded his prey and hunting range to wild and wonderful locations all over the globe. In addition to his record brown bear, he has been fortunate enough to harvest the SCI No. 2 Free-Ranging Tahr and No. 7 Red Stag with his bow in New Zealand, the No. 10 Archery Cape Buffalo in South Africa and No. 1 Archery Antelope in Wyoming in 2010.

Congemi prides himself on being a fair-chase hunter believing he owes it to his viewers not to take the easy way out. Although many of his hunts are mentally and physically exhausting, he always ?nds a way to get the job done.

On “Live the Wild Life,” which premiered in July 2011, Congemi and his pro staff travel around the world in search of big animals and big thrills. The episodes often include hunts from places like New Zealand, Argentina and Canada, as well as the United States.

Dead Down Wind odor- and bacteria-control products set the standard for scent elimination and odorless performance. The Laundry/Storage, Personal Hygiene and Field Application products take scent-control innovation to a whole new level increasing your chances for success during your time afield.

For more go to: Dead Down Wind

To learn more go to:  “Live the Wild Life”

You can also become a Facebook fan at:  “Live the Wild Life”