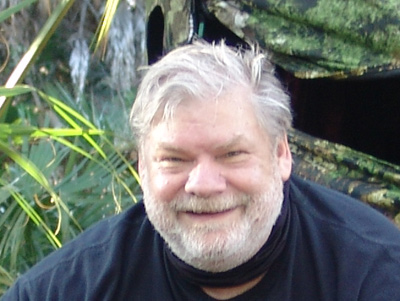 Here it is! Spring turkey season! What a joyous time of year. This is God’s awaking of spring. Soon the leaves will be blooming. The grass will turn green. Already, birds are singing and turkeys are gobbling. I am blessed. I am in Arcadia, Florida to hunt with good friend and pure hunting nut, David Mills. David has an outfitting business here in Arcadia, Team Ruttin, Struttin & Reeln.

Mills loves hunting and the outdoor so much he started his guide business just so he can be out chasing critters every day. I hunted alligators here last year with good friends Robert Hoague and Mike Ditchler. It was a major adrenaline rush from the moment we started until we were all tagged out. And what were David’s first words as he called me when I got off the plane. “Head to my house and I’ll meet up with you later. I’m elbow deep in a ten foot gator chase.”

I flew in to Ft Myers and was pleasantly surprise at the short trip to Arcadia. When I arrived at the Mill’s residence I was greeted by David’s wife Amy and Daughter Faith. We swapped stories and caught up on the past year’s happenings. David and Amy’s son Colten were finishing up with some hog hunters he successfully guided this morning. Colten is guiding my first day’s turkey hunt. I headed to camp. Colten and I are going to check out the turkey woods and find a place for tomorrow morning’s hunt.

So starts 2012’s wild turkey season. Florida is the earliest state to open turkey season. And this is the only state that holds the Osceola wild turkey. If you want a grand slam of wild turkeys this is one of four species needed, along with an Eastern, Merriam’s and a Rio Grand wild turkey.

Follow along as Robert and I are once again putting all our turkey skills to test to conquer this feat. It can’t happen if we don’t get this gator dodging, swamp running, palmetto dodging, king of the Florida swamps and orchards, Osceola wild turkey.

I’m happy to be here with David Mills. He makes turkey hunts and life fun.