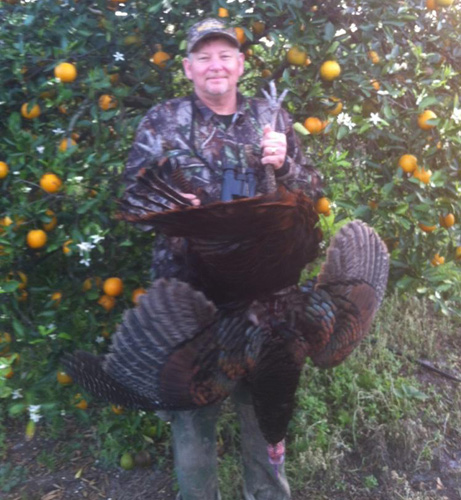 Richard Tharp of the TV show “STEPPIN OUTDOORS.” arrived at  Team Struttn Ruttn & Reeln to hunt Osceola gobblers and an Alligator with a bow. This is Richard’s eighth grand slam with a shotgun, 4 have been with David Mills.

Richard also shot a 10 foot alligator with a bow. It died with one arrow. 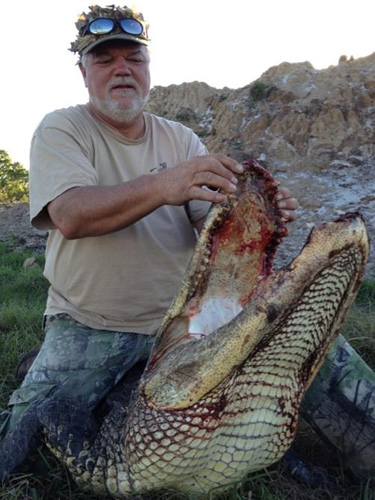 Tharp is from Chambers County Alabama. Richard Tharp is an accomplished hunter and gifted shooter. He owns the TV show ‘STEPPIN OUTDOORS.’ “It’s a great pleasure when Richard is in camp.,” said David Mills.

Terry Sullivan of Chilton, County, Alabama has 5 total grand slams with a shotgun, three with David. Terry is a world champion caller and great hunter. He is also with Team Steppin Outdoors.