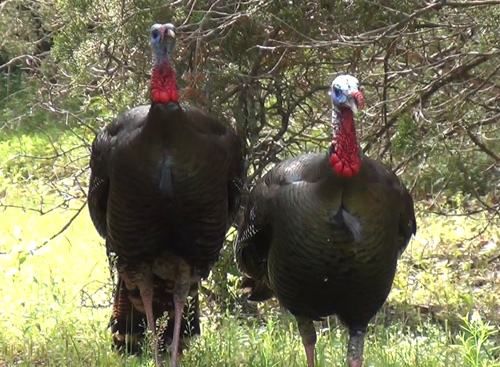 I could see the third gobbler further back in the brush. He was the main man in the gobbling department. The other two walked out of the cover and towards Fred’s realistic Dave Smith hen decoy. For the first time they were in bow range. 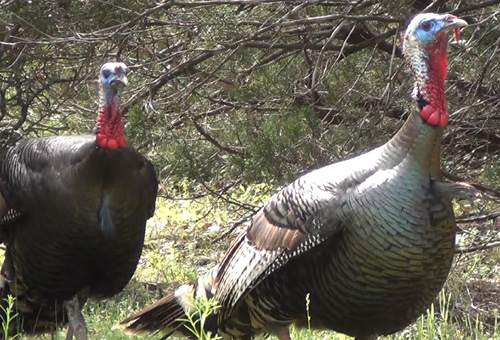 I heard Fred draw his bow. The decoy was 16 yards from us and they both stopped in front of the decoy. 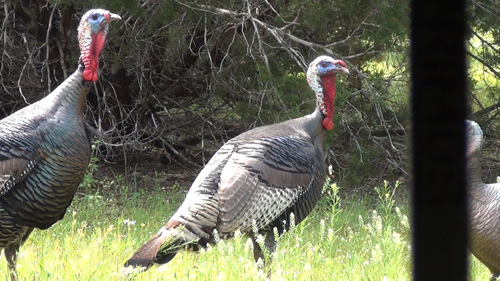 Time clicked by in my head as I’m waiting for Fred to shoot. But he didn’t … and the lead gobbler got that look that means he is done with this decoy deal. And he turned and started back the way he came. 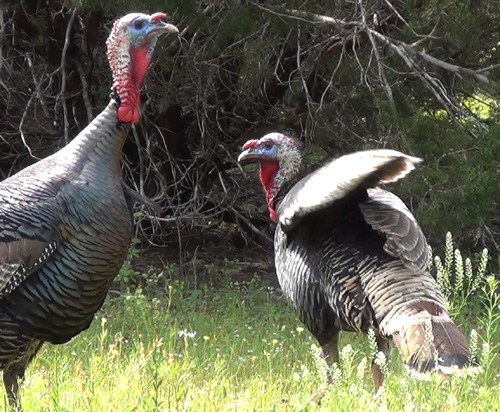 The other gobbler fell in behind and they both continued walking. I’m wondering if Fred is going to get a shot off. 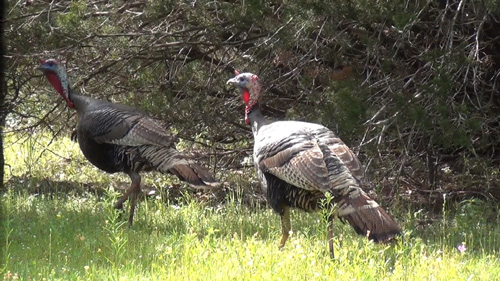 He did. Thunk. the gobbler jumped after the arrow zipped through him. (You can see all 3 gobblers in this picture.) 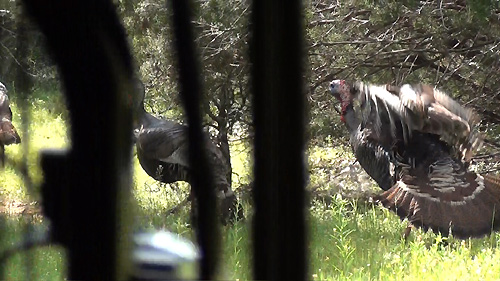 The arrowed gobbler got only a few feet above ground and flew right by the blind. Then we heard it crash around in the trees behind and to the left of us. 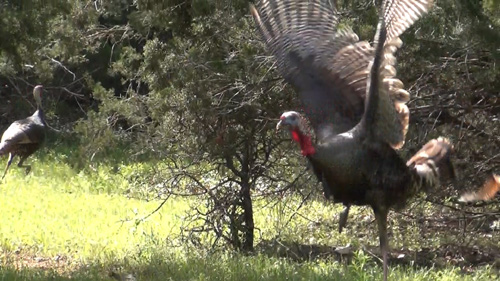 It sounded like he went down. Then it was silent. We waited, listening to see if there was any more movement. 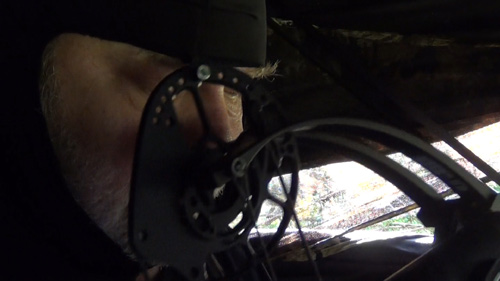 We talked it over and decided to ease out of the ground blind and look for Fred’s gobbler. Fred got out first and recovered his arrow. There were down feathers on it and the shaft was covered with blood.

Fred entered the trees in the direction that we last heard the gobbler and I walked along behind him with the video camera.