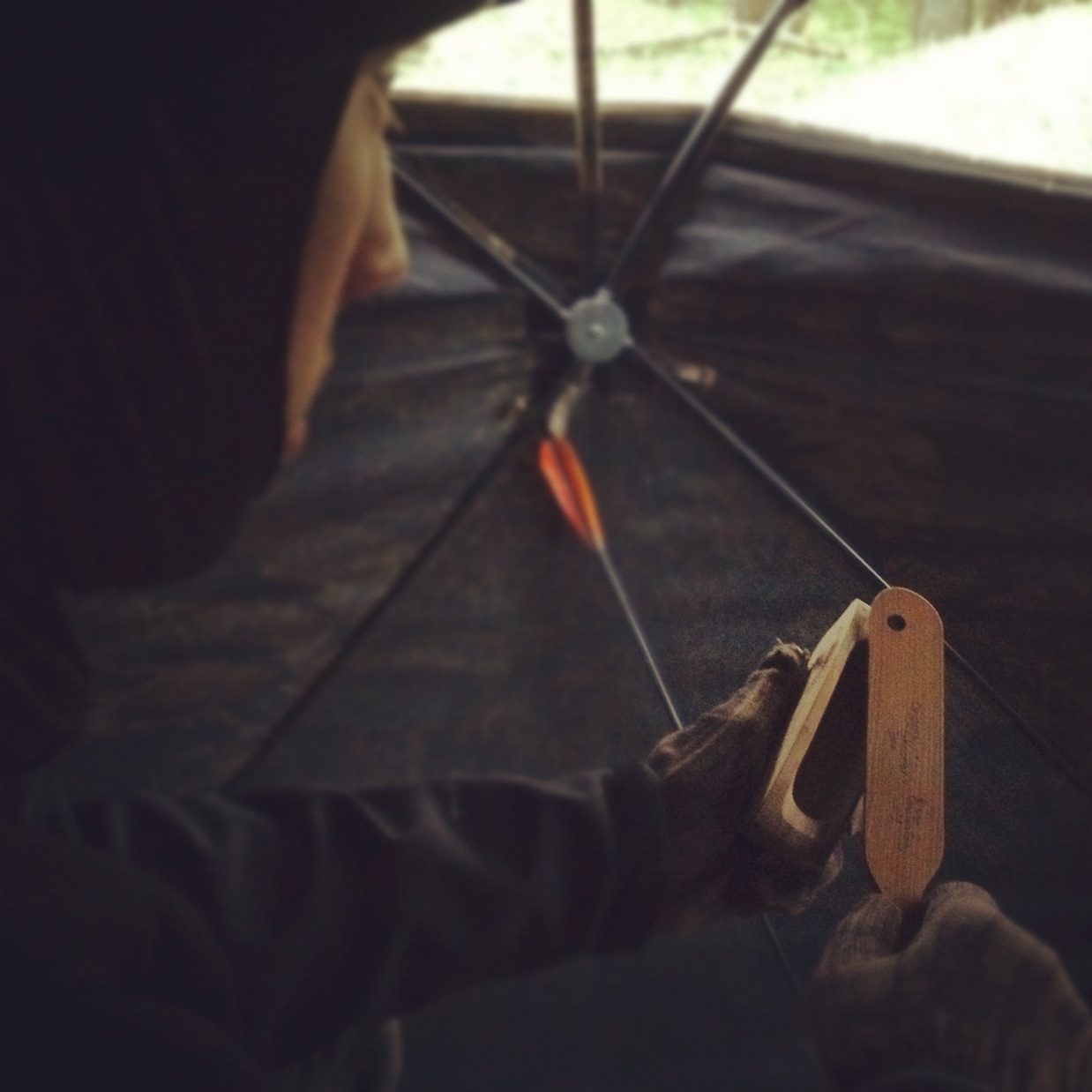 Dustin calling at the turkeys

Spring is in the air and it’s time to go turkey hunting! I have had enough of watching everyone else turkey hunting on facebook. I picked up my buddy Dustin Arndt (Owner, Bowstix Bow Bi-pod) in Brookings, SD and we cruised down I90 to the Black Hills of South Dakota near Spearfish. Dustin has a few different hunting leases here and wanted to take me out to kill a true Merriam’s gobbler.

We got into town early Saturday morning, unpacked and decided to get a few hours of sleep and then head out and setup in one of Dustin’s sweet spots in the morning. Dustin didn’t want to get to close to the roost this early in the season, so we setup about 200 yards away. Right away the birds were gobbling hard off on fly-down. We could see the birds strutting through the trees as Dustin started to call and get their attention.

A few jakes and hens started to make their way to our setup. They had their eyes locked in on the Best Turkey Decoy. This decoy is the most realistic turkey decoy I’ve ever used. As they got within 50 yards a few of the big tom strutters decided they wanted to come closer also. One problem, there is a river between us and the big toms and hung up on the edge of river. The jakes and hens decided to head back to the toms and hang out there also.

We hunted for a few hours to get an idea of what the turkeys were doing after fly-down. It started to rain and the forecast didn’t look good for the rest of the afternoon so we packed our gear up quick and headed back to the vehicle. Dustin showed me a few other top hunting spots as we grabbed his trail camera cards and shed hunted each area quickly and headed back to the house we are staying at.

Dustin and I will be hunting the Black Hills for the next week. Make sure you check back here for our live bowhunt on Bowhunting.Net and we will keep you updated on all the Merriam’s gobbler action! You can also follow us on facebook: www.facebook.com/collincottrell or www.facebook.com/bowstix

HELP a Wounded Vet at Buckhaven