The ‘Nock’ – Don’t Overlook Them 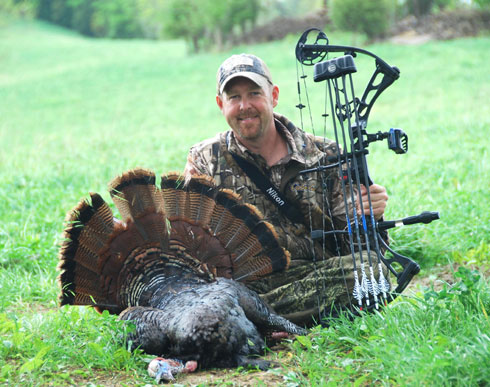 Do these new Carbon Express nocks make a differance? The author says, 'Yep".

The nock is a piece of archery equipment that is generally overlooked, but can really make a difference in your accuracy and overall arrow performance.

I will be the first to admit, unless I was considering a lighted hunting nock, I have never given any thought to the kind of nock that was on my arrows. That is a piece of equipment that most of us never consider, and we simply go with whatever comes with our arrows upon purchase. I recently sat down with Rob Eastman, owner of Carbon Express, and he really enlightened me on just how important a high quality nock can be.

Our conversation started when I found out CX had developed and released their new Precision Nock, and I simply wanted to know why and how it was different. Rob told me that the team at CX has been trying to build the perfect arrow from end to end, and as they feel they have the best shafts on the market, they began looking into the inserts and the nocks as areas of improvement. Eastman said, “We have great arrow shafts, and we are a company that realize that details are what make perfection. The components of an arrow really matter, and that includes fletching, inserts, nocks as well as the shaft. They all must perform well if we are to have the ultimate high performance arrow?”

Team CX started out asking some pro shooters what they thought was important in nock performance, and the answer most given was that it should be tight. They began researching this, and found out that actually a nock should not be too tight. Carbon Express did a lot of research with super high-speed cameras that taught them a lot about a nock’s performance and influence on arrow flight. Simply put, they learned that for optimum performance, a nock should not be too tight, but it also must not be too loose.

Essentially the perfect nock has the right “grip”. The nock must be tight enough to hold the arrow on the string, but it should be loose enough to not adversely affect the release and flight. It must be able to move slightly up and down the serving during the draw cycle as the string changes position, but still hold on. The straightness of a nock can be as important as the straightness of the arrow shaft itself when looking at best performance.

When I asked Eastman how this may be achieved, he enlightened me, “In simplest terms, this is all determined by how straight a nock is, how concentric it is, the diameter of the nock’s throat, and the hole for the fit on the string. All of these have to be considered, and once the variables are determined, there must be consistency on every nock. Shooting a perfect arrow with a sub par nock just ruins the package. No way that arrow can be as precise as it’s potential without a great nock. It is like loading terrible ammunition in a custom made, match-grade rifle. You are not going to get the maximum performance.”

So through much testing, CX came up with the specs for a precision nock; the exact dimensions not to be revealed, but the next step was how to produce them with the utmost consistency. The commitment to excellence is so strong at CX that they rebuilt their nock tooling and design 100%. They built new molds and a completely new process of material flow into the mold that would produce nocks that were absolutely the closest to identical as possible.

Eastman told me that the new CX Precision Nocks are now within .001” considering both straightness and how cocentricity. I asked what a normal nock was, and he said, “We really don’t have a number for normal, but through our testing, we found many nocks on the market were in the .007-.008” tolerance range. We are 7 to 8 times more consistent than that, and that is absolutely a huge improvement.”

My major takeaways from talking to Eastman were that CX recognized that nocks should be improved if arrow performance if to be optimized, CX did a lot of research to determine just how the nock should be formed, and they built a completely new process to ensure that the nocks would be right to specs and consistent from nock to nock. In short, it was research, development and commitment that went into making what Carbon Express feels is the highest performance nock available today.