by Kim Cahalan
in Bowhunting Posts
0 0
A A
0 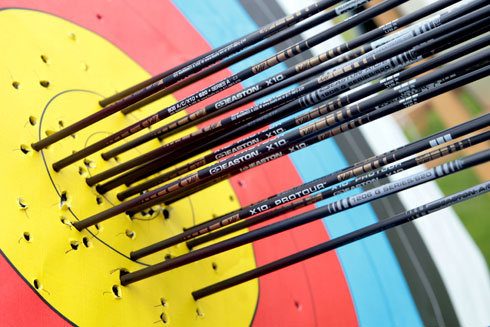 The first World Cup of 2012 concluded the in Shanghai on Sunday with Easton AC X10 arrows being used to win in all medal matches in every class. On the female compound side, the mixed team world champion, Marcella TONIOLI (Italy), defeated the reigning individual world champion, Albina LOGINOVA (Russia), in the gold final. The Italian clinched her second World Cup victory after Stage 3 in Ogden, Utah last year. Diane WATSON (USA) beat Danielle BROWN (Great Britain) for bronze after a tiebreaker. All four archers competed using the Easton X10 Pro Tour. Pro Tour was designed on the X10 platform specifically for the highest level of world-class compound bow competition and has been used to dominate the world stage since its introduction.

In the recurve divisions, X10 shooter Brady ELLISON (USA) went to the top of the podium for the men and Ki BO BAE (Korea) defeated Fang YUTING (China) for the championship in the individual women’s division. There is no room for error at this level of archery so equipment choice is critical for World Cup athletes. Virtually every athlete uses X10 at this level of competition, and X10 was used in every medal match in Shanghai. Exacting standards of precision-built A/C X10 provides the most consistent spine, straightness, and weight specifications to transfer the marksmanship of the athlete through to bow straight & true to the target. For this reason, A/C X10 is the overwhelming arrow of choice for outdoor competition and has been used to win every Olympic medal since its introduction.

The Day I Wet My Pants