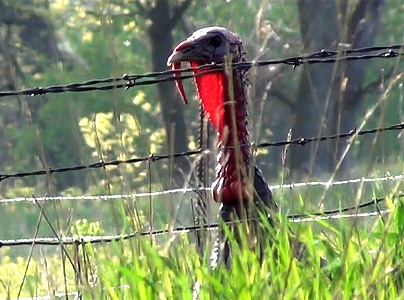 Fred Lutger and I were set up at the edge of a picked and plowed corn field, currently full of this spring’s  grass and weeds. A fence surrounded the field and we were  18 yards from that  fence — situated in some trees on the corner of the plowed area and a 60 yard strip of woods.

The field was on our left, the fence was in front of us and the gate to the field was 60 yards to our right, and it was open — and the two track trail trail in the grass went right by us on the way to the field.

Our host’s pickup was barely out of sight when Fred said, “Here’s a gobbler, look behind the decoys. 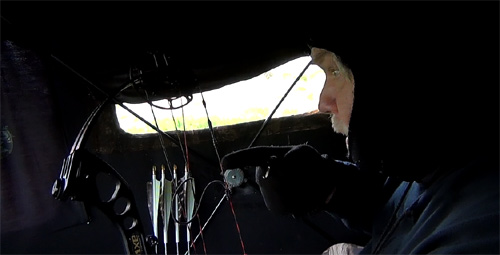 Nice. Our Dave Constantine jake and David Smith hen already had an admirer.

It was a nice longbeard, but right now it was on the opposite side of the fence. It paced back and forth looking at the realistic decoys (may I mention that these are positively the most realistic decoys on the market).

Fred used his slate to call and the longbeard was even more interested. 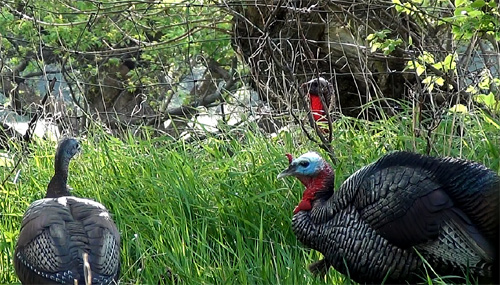 Our host told us he had made a turkey sided opening in the fence near where he took us to set up but even though the longbeard walked back and forth along the fence he did not see it. 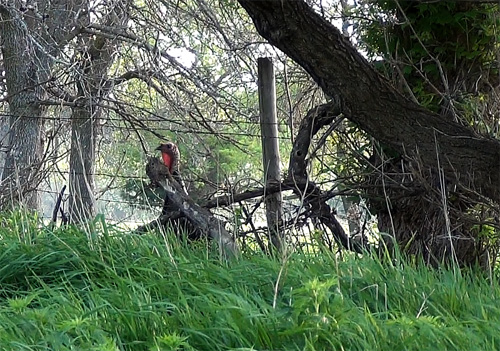 After he moved on we saw a gobbler fan down the fence to our right, just past a stump. It walked around. 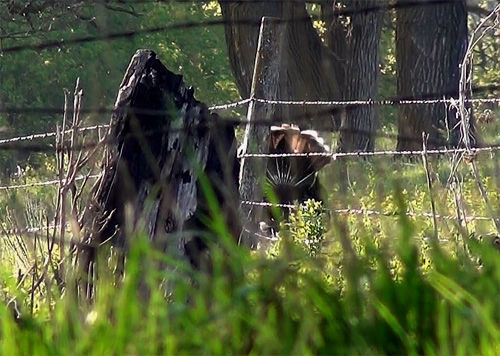 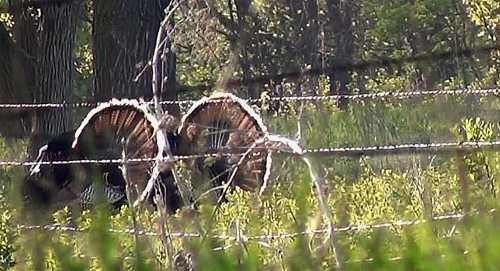 They had their eye(s) on a hen that was across the fence and to our left. To get to the hen they had to walk by our decoys, maybe they would see them, and be observent enough to see the new opening in the fence. 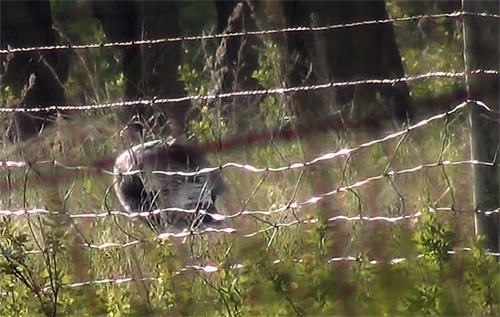 But they weren’t, When the hen saw them it walked further away and they followed her. Shortly afterward another longbeard showed up along the fence by the stump 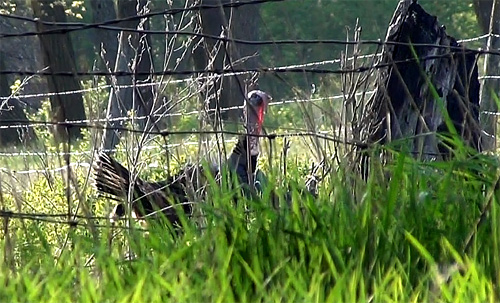 Fred called with his slate again and the longbeard came down the fence and stopped near by us. 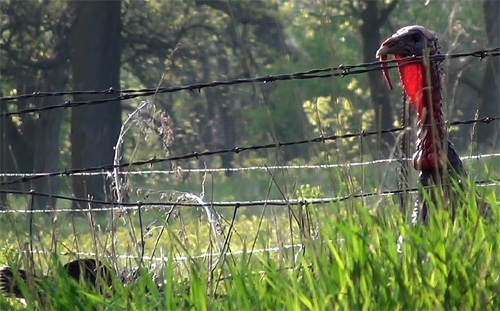 He walked away to our left and passed two gobblers that were admiring the decoys too. 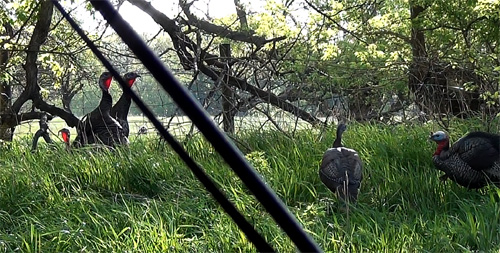 The two Jakes came over to the decoys and checked them out. They were the first gobblers that were on our side of the fence. But Fred gave them a weekday pass. 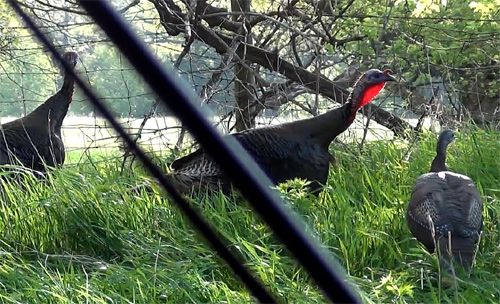 Out in the field to our left we saw two longbeards walking along about 100 yards from us. 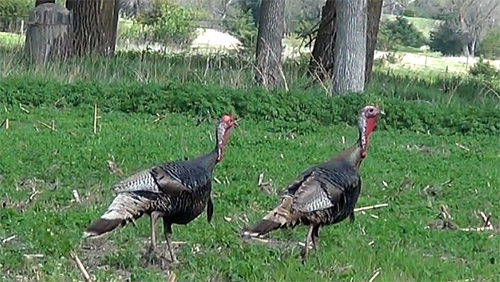 Fred called but they apparently were on a mission and when they got to the end of the field they walked up a short hill and I glassed them ducking easily under the fence at another gate. I couldn’t help but think how nice it would be to be setting up at there.

Two more Jakes came by us on the field side. They inspected our decoys and exited to the right along the fence. 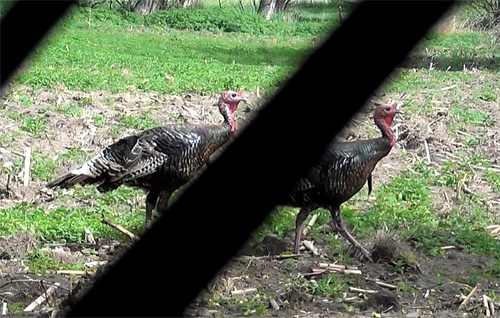 Another gobbler came down the fence and this one actually noticed the new opening and slipped through it. We watched it come over by us and Fred gave out another weekday pass. 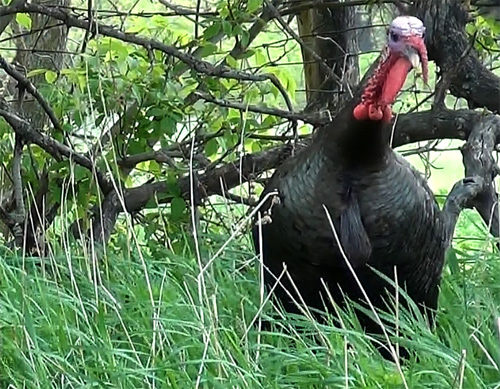 Actually, we saw a lot more wild turkeys than this. The action was in the area across the fence as well as in the field. At least a dozen longbeards used the gate up the hill to come and go. Several hens too. This area definitely had a bunch of wild turkey activity. Fred and I talked it over and decided to leave the blind where it was, plus set up a blind by the gate on the hill.